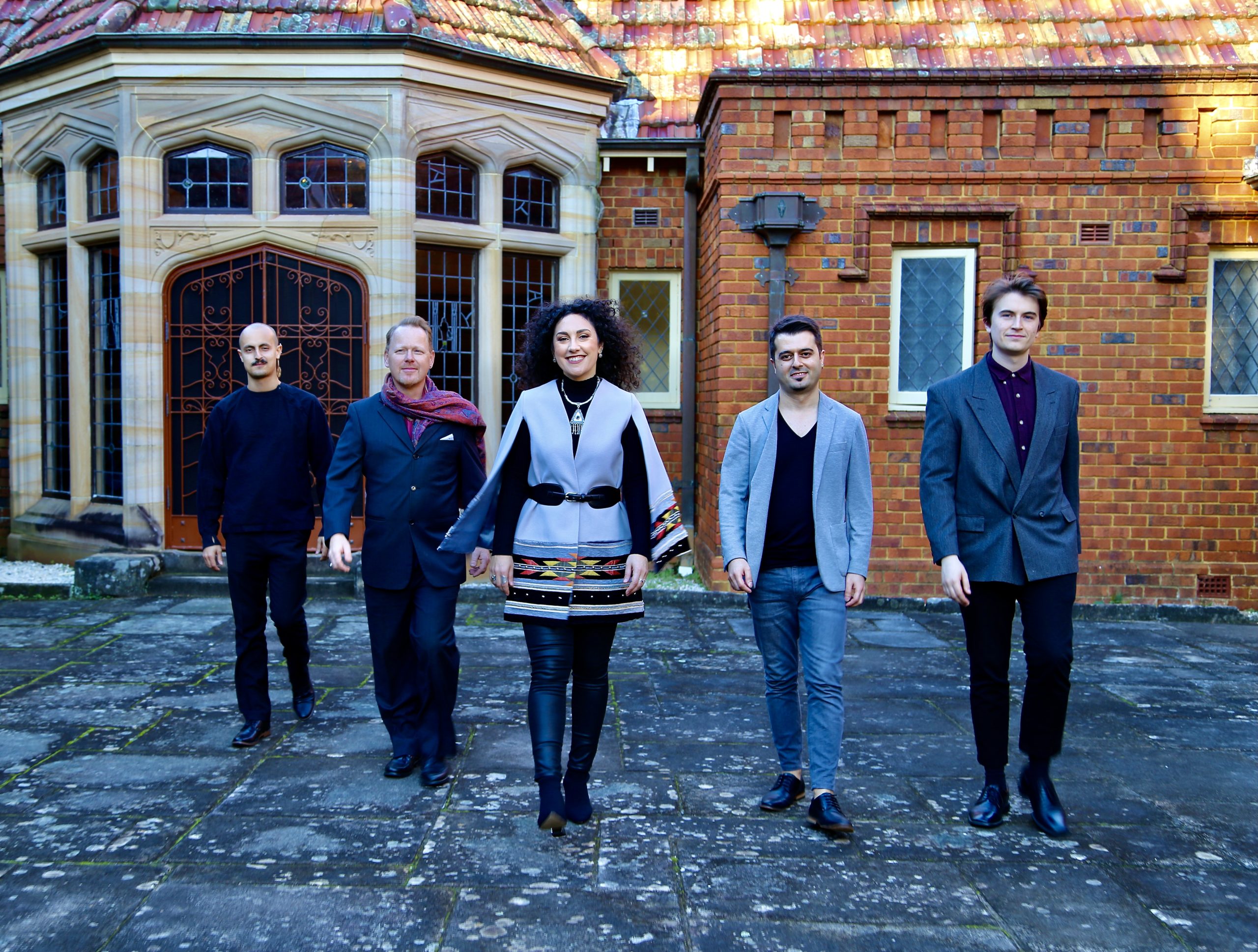 By Landon TurlockFebruary 18, 2022 No Comments

The Zela Margossian Quintet has been on my radar for some time. Their debut, Transition, caught my attention in 2018 as a reviewer, and led us at Everything Is Noise to later have the Sydney, Australia-based group appear as a Weekly Featured Artist. And what grabbed me, exactly? Zela Margossian has a command for melodic and narrative piano playing that is rounded out by the rest of the quintet’s impressive woodwind performances, various percussive instruments, and commanding double bass. The group’s debut also drew from a diverse array of influences that spanned classical, jazz, and Armenian folk, which I found quite intriguing and inspiring. Even though I am not a jazz aficionado by any measure, I’ve always found the quintet’s compositions accessible, memorable, unique, and impressive. As such, I was very excited to also have an opportunity to review The Road, the Zela Margossian Quintet’s upcoming sophomore album. The Road will be released on February 25 through the international label Ropeadope.

At eight tracks, compared to their debut’s ten, The Road initially appears to be a bit trimmer than its predecessor. However, the songs here have more room to expand and develop, with considerably longer runtimes than on Transition. Over half of the songs exceed five minutes, with three sitting squarely around the eight-minute mark. While I tend to shy away from more expansive tracks, I appreciate the way that the Zela Margossian Quintet uses these lengthy arrangements to highlight the versatility of the group’s members. Perhaps most notable is the dialogue-like interplay between Margossian’s melodic piano lines and Stuart Vandegraaff’s array of woodwind instruments. Tracks such as “Devotion” highlight this interplay beautifully. Elsewhere, such as on opener “Refuge”, single “Forecast”, or title track “The Road”, Jacques Emery’s percussive double bass lines complement Margossian’s cascading piano performances. It is further quite stunning to hear the complex rhythmic interplay of Adem Yilmaz and Alexander Inman-Hislop, with jazz drumming and hand percussion providing a solid and immersive foundation for the melodic instruments.

What is also evident on The Road is a more somber, or at least refined tone. Whereas Transition varied more substantially in terms of tempos, influences, and energy, The Road feels comparatively calmer and more meditative. This is hardly to say that the new record is emotionally monotonous, however. “The Road” carries a victorious melody, while brief closer “On Ya” is a playful, staccato end to the record. “Forecast” is likely the most rapid and excited piece on the album, with bustling percussion and crescendos of keys leading the quintet.

Tracks on Transition were perhaps more clearly differentiated between Margossian’s influences of Armenian folk, classical, and jazz music. Comparatively, The Road is a coalescing of Margossian’s composing into a more cohesive, consistent voice. While I do miss some of the variety of the first record, it is inspiring to see Margossian and her quintet further refine their sound into something that is distinctively and decidedly their own. With a more confident compositional voice and outstanding interplay between the instrumentalists in the Zela Margossian Quintet, The Road is a refined sophomore album that builds on the strengths of the group’s debut without repeating themselves.