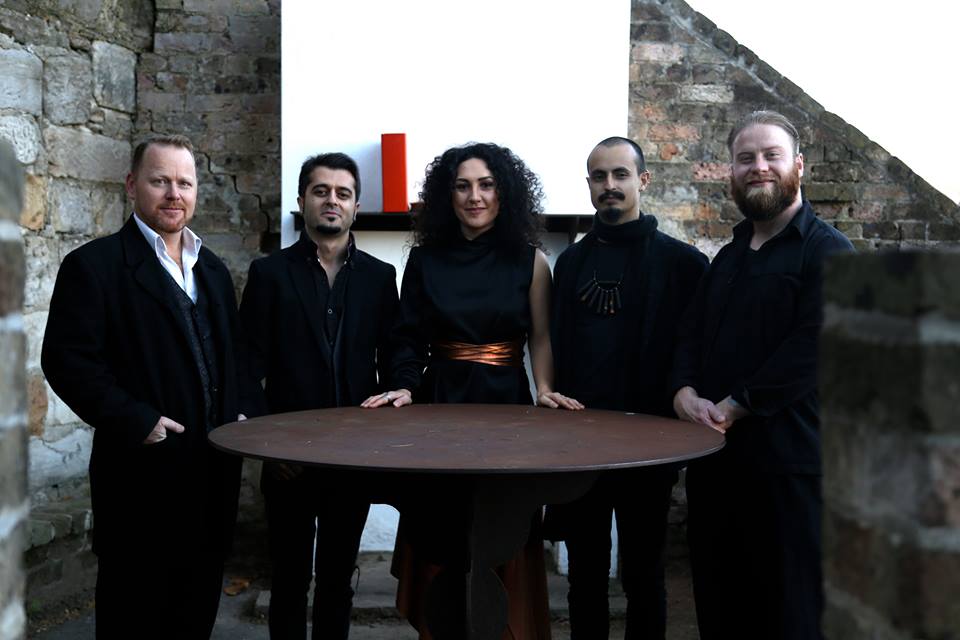 By Landon TurlockNovember 27, 2018 No Comments

Transition is a smooth, yet multi-textured debut from the self-proclaimed ethno jazz group Zela Margossian Quintet. They make the album’s theme of change feel natural, not intimidating.

What is the sound of an artist changing directions? Does it sound tense? Frantic? Confident?

The Zela Margossian Quintet makes this evolution sound surefooted and energetic. The group’s leader, Zela Margossian, pursued both a Bachelor and Graduate degree in piano performance and pursued classical music, before finding a passion with jazz music. Moving from Lebanon to Armenia and then to Australia, Zela began to pursue jazz studies at the Sydney Conservatorium of Music. Moving across continents and changing musical directions, Zela has formed a quintet that explores jazz and Armenian folk music on their debut full-length record, the aptly named Transition.

Graceful, almost harp-like piano counters a crackling double bass on the opening title track. “Transition” showcases a dance between these two instruments in a beautiful contrast, before the main motif takes shape with support from a playful clarinet and subtle, precise percussion. Zela names fellow Armenian Tigran Hamasyan as an influence, and one can hear the piano virtuoso’s echoes in her work, but with a smoother, gentler interpretation.

“Ceasefire”, a single from the record, picks up the energy and showcases the incredible work of all members of the band, but perhaps none more than percussionists Adem Yilmaz and Alexander Inman-Hislop. Their complementary work is incredibly complex and adds a great deal of momentum to the melodic elements of piano, clarinet, and double bass.

Though some of the compositions on Transition fall more squarely into the realms of jazz, others draw from Margossian’s Armenian heritage. “Mystic Flute: A Version” is one of the latter, originally composed by the Armenian-American musician Alan Hovhaness. The piece evolved as a part of Margossian’s live repertoire, until it became what we hear on Transition. Its mysterious and minimalist motif provides plenty of freedom for the quintet to explore, showcasing the group’s versatility.

“Aleeq (Waves)” is a similarly enigmatic piece. The addition of Metin Yilmaz on kaval adds additional nuances and tone to the piece, and further diversifies the sound of the album. It makes for a fitting penultimate track, before an alternate take on the piece “A Child In Me” (which appears earlier on the record) closes out the album.

With ten tracks and fifty-seven minutes, Transition is a confident and comprehensive introduction to the Zela Margossian Quintet. From explorations of Armenian folk music to classical-tinged jazz, all five members and guests perform excellently, without overpowering one another. Margossian makes space within these compositions for impressive performances, yet never sacrifices melody or arrangement. For new fans of jazz, like myself, Transition is accessible and enjoyable, never alienating. Transition may have come out of a place of change for Margossian and her bandmates, but it shows a group that is sure of its identity. I have no doubt that further releases will evolve and mature with this same grace.