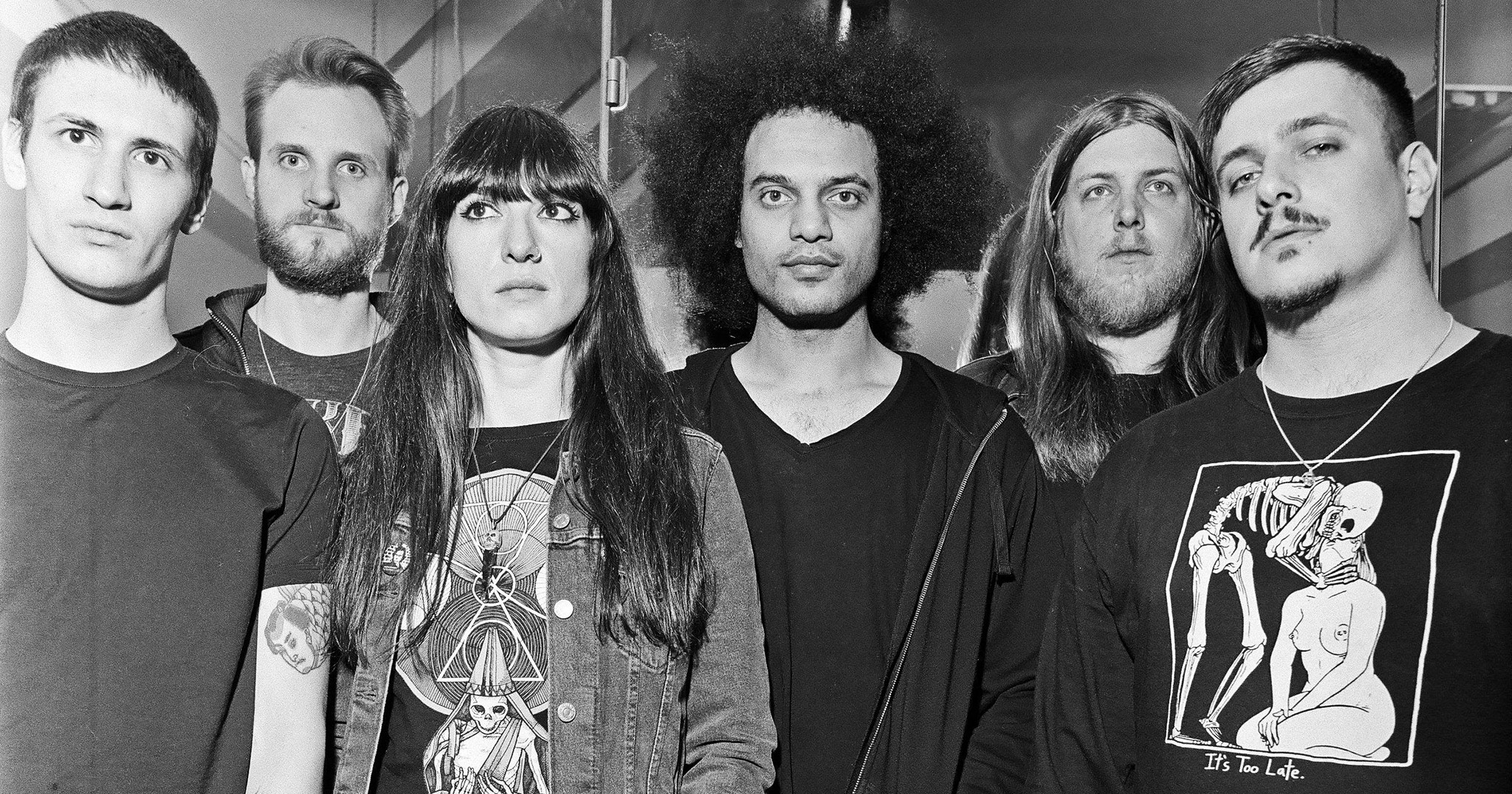 By Nick GoslingNovember 11, 2020 No Comments

In bypassing his penchant for thematic ambiguity, Manuel Gagneux has established himself as one of the musical avant-garde’s pre-eminent voices of protest on Zeal & Ardor‘s mesmerising new EP, Wake of a Nation.

Zeal & Ardor‘s story is an interesting one. The project’s emergence into the black metal macrocosm was initially the result of a musical experiment involving 4chan and founding member Manuel Gagneux’s desire to expand his creativity. Alongside his work on the exceptional chamber pop project Birdmask, Gagneux posed a question to the aforementioned website’s userbase, asking for two disparate genres to combine, as an exercise in creativity. And lo, Zeal & Ardor, the spiritual-cum-black metal project we know today, was born.

Musically, these two styles sit on opposing ends of the spectrum, but there is an implicit challenging of political discourse in music when you consider black metal’s historic problems with racism, and indeed prejudice in general. Gagneux, born in Basel to an African-American mother and a Swiss father, is no stranger to the most sinister aspect of some of the genre’s elitist fanbase, yet Zeal & Ardor has never really attacked the issue head-on.

Instead, 2016’s Devil Is Fine and 2018’s Stranger Fruit approached the subject with a marked degree of subtlety. Despite the bipolar musical foundations on which it has grown, the project’s ability to seamlessly weave between raw, atmospheric black metal and African-American spiritual is notable for being remarkably authentic in both of its arenas and in its own right. Yet the use of the former is used mostly as an explosive extension of Gagneux’s musical palette, the nihilistic thematic tendencies of the genre are generally omitted in favour of the latter’s soulful lyricism. To hear Gagneux himself put it, ‘Imagine if American slaves had embraced Satan instead of Christianity?’

Naturally, the project’s growing popularity and reverence have been met with a disappointing measure of disdain from some of the genre’s most vocal extremists. One need only witness the thinly veiled prejudice aimed at Gagneux to understand that there is still a problem in black metal that refuses to recede. Simply by existing, the project is questioning black metal’s complicity in giving a platform to hate figures, without even explicitly trying to. It has so far done so with incomparable skill, and a mastery of dynamism.

The subliminal gravitas of the band’s previous output, however, has now given way to an unapologetic outcry, the catalyst of which being the tragic death of George Floyd. Wake of a Nation is, without doubt, the sharpest release in this band’s career thus far, and has potentially given birth to one of extreme music’s most vital voices in the fight against racism in the world at large, not just in black metal. This EP may be the moment in which Zeal & Ardor transcended musical intrigue to become this generation’s voice of protest. To quote Gagneux himself:

‘Wake Of A Nation‘s intent and context should be obvious. I like to revel in ambiguity and in room for interpretation. This is not the case here. These 6 songs are a knee jerk reaction to what has happened to my fellow people in the last months’

“Vigil” opens the EP with a solemn condemnation of systemic racism and police brutality in the US. There can be no doubt as to this track’s intention. A heartbreaking display of grief and defiance against injustice that utilises Gagneux’s intoxicating voice as its focal point. Throughout the course of this review, I consistently found myself returning to this track. As a beautifully composed soul track, I was enthralled by its lyrical potency and sombre, piano-led instrumentation.

‘You took all we had away
You’re quick to call it sick
But we’ve been damned to say
I can’t breathe, it’s a cellphone
Please don’t shoot
I need to get home
I’m on my knees begging please’

These more delicate moments feel all the more poignant when interspersed with serrated tremolo guitars and blast beats, whose grandeur are equally as impactful in their ferocity. Although the blackened aspects of the EP generally fall closer to the shrill, demonic aesthetics of Mayhem and Darkthrone, the record does veer towards the atmospheric stylings of blackgaze, particularly the track “At the Seams”.

In fact, to suggest Zeal & Ardor is a simple merging of two genres is actually a rather reductive assessment of the project’s sonic experimentation. “Tuskegee” and “Trust No One” offer the most literal blending of styles as the tracks intertwine blues vocals with vicious screaming reminiscent of Deafheaven‘s George Clarke. Musically, the tracks use tastefully dissonant production to enhance the discord of its most unrelenting sections, a dynamic foil to the smoother rendering of its more harmonic counterparts. “Tuskegee”, which discusses the deplorable Tuskegee Syphilis Study, does so with an unrelenting fire, matching and eclipsing the ferocity of its stylistic forebears.

As ever with Zeal & Ardor however, the EP spans further than the constraints of its respective stylistic origins, incorporating elements of gothic electronica and even post-dubstep production. Each of these aspects plays a single part in a much grander opera however. Whilst previous releases have enjoyed a certain freedom to experiment with sonics, WoaN finds the band with a precise thematic purpose, and this actually translates into a remarkable sense of immediacy. Each individual element works towards the overriding message of solidarity. At its most abrasive, it offers some of the finest examples of extreme music released this year, whilst the uniquely crafted embellishments littered across its 17-minute runtime ensure that each track offers an unignorable earworm. With that, its message feels all the more ingrained long after the closing track concludes.

As far as this writer is concerned, this EP is unique in the band’s already unique discography, it represents the next step in their evolution which has already seen them improve with each respective release. The musical advances may be subtle, but the thematic purpose offers a more direct trajectory, and ultimately an entirely different experience.

This EP is iconic as both a continuation of the project’s musical achievement and as an emphatic product of its time, occupying a place in a tragic chapter in our society’s fight against hatred. Just as RTJ4 became this year’s defining musical expression of indignation, so too does Zeal & Ardor‘s Wake of a Nation offer a devastating commentary on modern prejudice. Perhaps the next chapter in the band’s compelling story will continue with this heightened sense of purpose, and if this EP is anything to go by, they will be all the better for it.