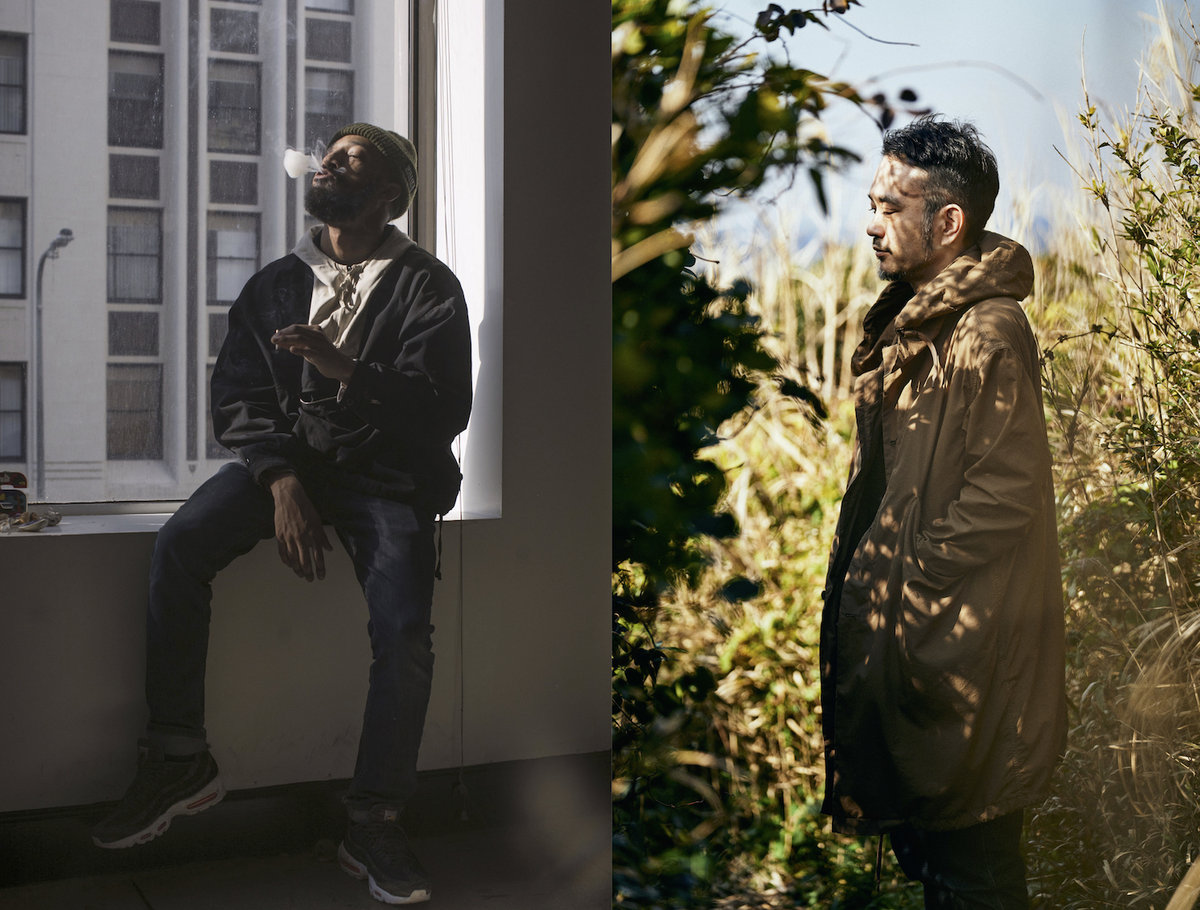 By Ashley JacobSeptember 1, 2019 No Comments

Two underground purveyors combine their musical and vocal talents to create an intensely smoky rap album, which may just leave an impact.

Welcome to Mazal, where the world of hazy avante-garde hip-hop takes one more step into the abstract. This is down to the fact that unrestrained rapper and poet YUNGMORPHEUS has temporarily joined forces with Japanese producer and electronic musical wizard Fumitake Tamura, to produce an admirable soundscape of turbulent reflection and semi-conscious protest. The music is low key for the better part, but the lyrics are candid, and so we get some hard reality tangled up in a murky yet vibrant dreamstate.

By large, the music which Tamura creates acts as a pedestal on which YUNGMORPHEUS can mount his soapbox. Grounded in patient yet pounding beats, shimmering samples and whirling electronic blips, slowly supplant each other in a subtle orchestra ten tracks vast. If you like what you hear with any great intensity, then you have the option of an instrumental version of the album, where the music takes sole precedence.

Do that however, and you kind of miss out. Embedding this music in a gritty sense of clarity are the vocals of YUNGMORPHEUS, and it isn’t just what he’s saying that’s interesting; it’s the way he’s saying it, which also plays a heavy part in the spectacle. Articulating his thoughts in a marajuana-induced oration is part of the handle of his music, and always has been. You only need to take a look at one of his album covers to figure that out. In the case of Mazal, he emits his speech with such laid back contentedness, you’d think he was sitting in the room with you, and the air would be extremely green if he was. Like those hazy midnight conversations, MORPHUES often trails out of his own dialect, feigning a lack of enthusiasm to continue talking, and mumbling into fragmented obscurity. It’s a good effect, and sometimes even funny, though whether or not it’s intentionally humorous is for the listener to decide.

In terms of subject, like all good hip hop, YUNGMORPHEUS utilizes the art form to convey his own disgruntled account of the truth. The current unimproving hardship of many black communities in the US is a subject which he, by no means, intends to sidestep. Having a poetic insight into these issues is also an engaging experience for the listener. MORPHEUS, to my understanding of his lyrics, adds to a long list of rappers who are able to give us an exclusive inside perspective of tribulations, which one may not gain anywhere else.

It adds an ample dash of salt to the melting pot of YUNGMORPHEUS and Fumitake Tamura‘s joint (no pun intended) creation. Should the misty listening sensations take effect, you’ll most likely fall deeper into the contemplative diffuse of this collaboration as the album progresses. Towards the end, Mazal gains a new found sense of wakefulness, particularly in ninth track, “General Barca”, which has some lively jazz funk nuances. For the better part, however, the record remains deliberately on the fringe of the subconscious, informing and sedating with equal measure.

It’s always great when music gives you that window into the mindset of another, in another place, and with a whole other world view. Hip hop is one of the best genres for this, and Mazal explains why. It might be obscure by nature, but the well engineered disjointedness of the music and vocals are the fully appropriate portal into YUNGMORPHEUS’s head, and it’s an interesting place to be, as he has much to say. Taking the time to absorb is an insightful experience, irrespective of your state of inebriation. It’s also fair to say that the combo of MORPHEUS and Tamura works, and hopefully it will re-occur more than once in the future.