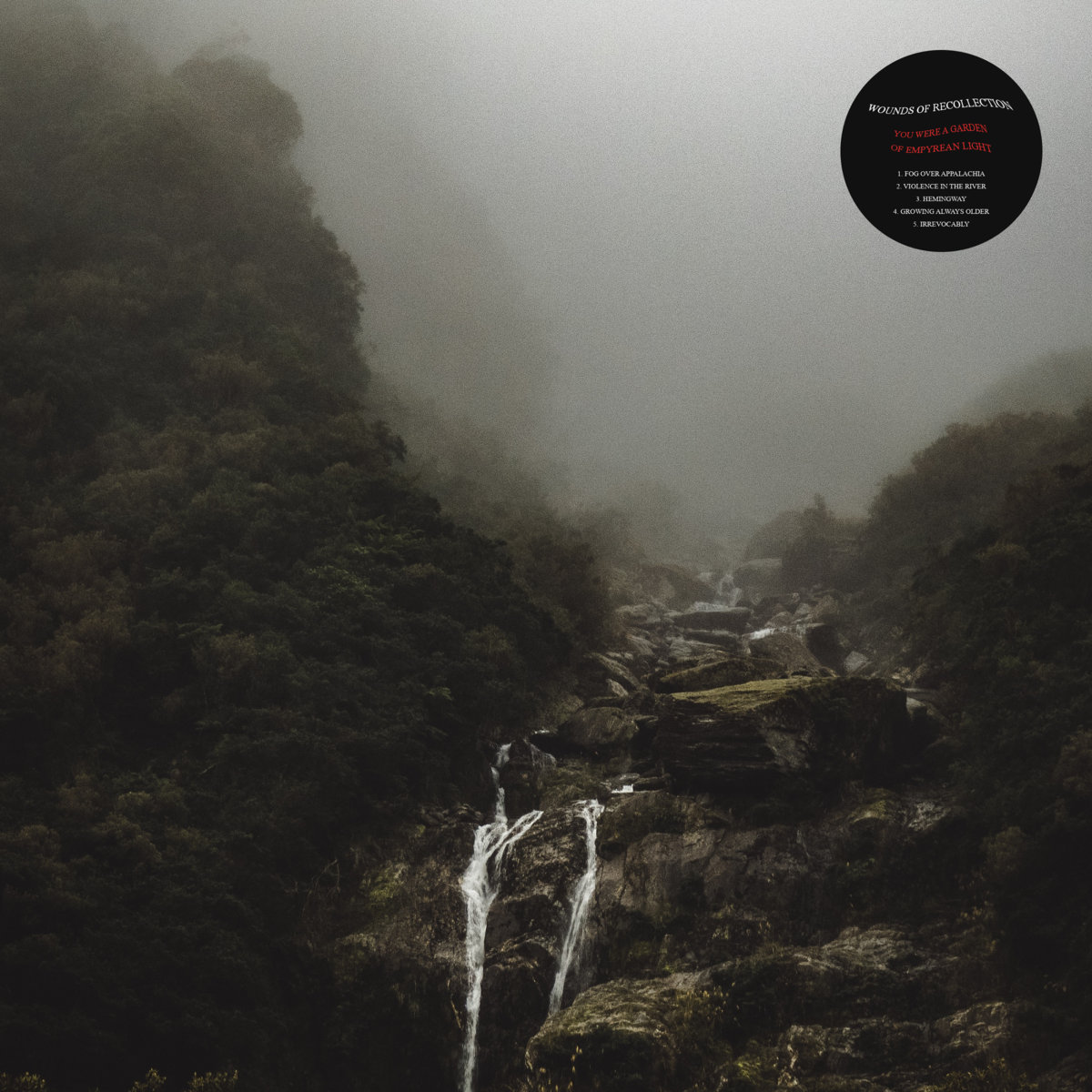 Wounds of Recollection – “You Were a Garden of Empyrean Light”

Perennial post-black one-man band Wounds of Recollection returns with another solid release in his repertoire of somber and bleak music.

I have been a big fan of Wounds of Recollection since 2015’s An Undying Winter, and it holds up as one of my favorite albums in this realm of music. Black metal was hard for me to get into for a long time, but once I found blackgaze and post-black it quickly became a favorite genre. Those subgenres have even made a lot more music palatable for me over the years. An Undying Winter was one of the very first releases that really put me over that edge.

So when I saw Wounds of Recollection release a new album, I was instantly on board. Seeing it’s five tracks, yet still clocking in just shy of 50 minutes and I knew I was sold before the first lonely notes of “Fog Over Appalachia” began. Of course, a full opinion was reserved until after a full listen. I had the inclination that I enjoyed this album when I immediately restarted it upon its conclusion. You Were An Empyrean Garden does something really interesting with its five tracks. “Violence in the River” and “Growing Always Older” are the shortest tracks on the album, both falling between two longer tracks. An interesting dynamic is created with their inclusion, as there isn’t much black to find in them at all.

Instead of the driving tremolo picking and minor chord progressions coupled with blast beats you find in the tracks surrounding them, the two pieces I mentioned are beautiful post-rock pieces featuring a duality of vibrant piano keys with somber guitar and slow, plodding drums. There are spoken monologues behind both tracks that definitely seemed sourced, but I cannot figure out their roots for the life of me. “Growing Always Older” in particular features this prominently, but the understandable words were far too scattered to piece together enough to find the source. Regardless, I love both of these songs immensely. You Were a Garden of Empyrean Light is built in a way that I enjoy, bouncing between these more beautiful, acoustic-tinged post-rock tracks and the long, dense, dark black metal that peppers the majority of the album.

Wounds of Recollection created this album to channel the feeling of blissful loneliness that pervades the hills of Appalachia in the southeastern United States. I have family who live there, and thus have visited the region myself before. Next time I find myself making that trip, this album is a must-listen while I meander through the winding trails alone. You are hard-pressed to find another car on any of the mountain roads, and when you find towns they are typically a bit rag-tag and feel desolate. All of these things are channeled through You Were a Garden of Empyrean Light, and it is a clarion call through the pitch black night sky in an area that always seems to be in a deep slumber.

I am under the impression that post-black metal has been a bit lackluster this year with only a handful of truly notable releases. Wounds of Recollection has once again risen to the top of that pile and breathed a bit of life into it. I’m always hungry for more and it seems like I can rarely be truly satisfied by the amount I am given, but You Were a Garden of Empyrean Light has deeply sated my appetite for that cold bite in music that leaves you feeling hollow. Strap in and drift into the lonely depths of the Appalachian Mountains. Call out into an unresponsive night sky with Wounds of Recollection and sink into the murky expanse of an unforgiving region.