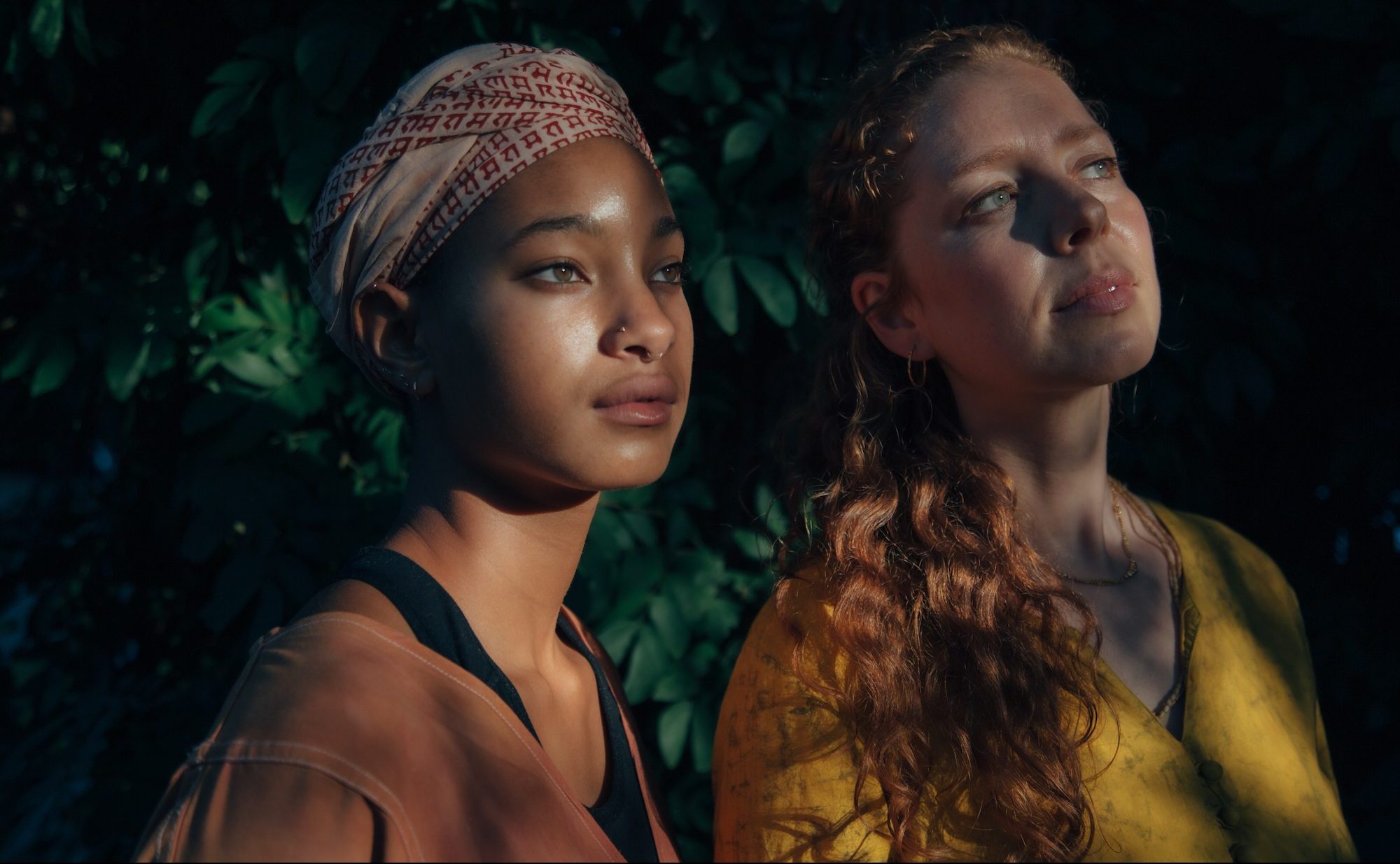 Peace and tranquility flow out of WILLOW (actual name Willow Smith) and Jahnavi Harrison’s collaborative album, R I S E. Released November 20, the six tracks are full of angelic harmonies, transformative lyrics, and acoustic bliss. The two artists’ voices complement each other beautifully with their powerful yet slightly breathy sound. I was not sure what to expect before I listened to the album, but I have been very pleasantly surprised by this release. I think it is a great collaboration that works really well for both musicians.

R I S E is quite spiritual, with mantras chanted throughout. In the song “Adore”, Harrison sings a passage from the Bhagavad Gita, which is a Hindu scripture about understanding and the journey of life being revealed through directing thoughts, words, and actions in devotion to the Divine. Within each song there are different scripts and mantras that capture so much power and beauty. The care and thought that went into this album is abundant and it shows, specifically through the words the duo decided to sing. It is just a bonus that they both have gorgeous voices.

I think the pair did a great job with the instrumentals in R I S E as well. They were careful not to add too much but let the guitar, along with the occasional violin and percussion, have a mind of their own. The minimalistic playing lets the vocals shine through and adds a little bit of colour when necessary. Smith and Harrison perform wonderfully on the album and create an atmosphere which you can let yourself fall into through their instrumentals.

I really like the song “Gajendra”, particularly because of the lyrics. It includes relaxed percussion underneath WILLOW’s acoustic guitar in addition to Harrison’s graceful violin. The words they sing are powerfully captivating and repetitive, which engrains them into your mind: ‘Let go, come and claim me as your own/From now on I depend on you alone/Unlimited, original, sweet, subtle deepest of the deep, seen by the sages/Om namo bhagavate vasudevaya/Sit on the lotus of my heart’. These lyrics are incredibly moving and poetic, which has resulted in the song being played on repeat for hours in my home.

The title track, “Rise”, is also stunning. The melody line WILLOW and Jahnavi Harrison sing, along with the harmonies, leaves you begging for more. I can’t think of a better track to open the album. It starts off with soft guitar picking and birds chirping, transcending you with feelings of peace and sincerity into the grounding setting they have created. Just over halfway through, the song changes slightly and WILLOW’s hip-hop background comes out, with a stronger beat and an almost rap-like feel. However, it quickly returns to the soft sound it originated from and ends with birds chirping, finishing just as beautifully as it started.

I’m also going to include my favourite lyrics from “Rise” because, once again, I think they are so expressive and powerful: ‘Now, hear, be still/Let go of the things that I thought were real/The veil slipped and now I can see/Jiva Jago, I can’t go round again’. From what I understand, ‘Jiva Jago’ means to wake a soul up, which is so moving in itself. Sung overtop the soft guitar, it creates a feeling I am not even able to describe; it is simply stunning.

R I S E sounds as if it comes from a very vulnerable place, which is hard to find in some music. The two artists both bring raw feelings and genuine lyrics to the album, and express them in a way that is incredibly moving. The instrumentals are beautiful on their own and lay such a solid base for the vocals floating above. At the forefront are the lyrics and the mantras, which swirl around your head and make your heart feel lighter. This album is exactly what so many of us need, and I can’t recommend it enough. It is 19 minutes of absolute bliss.