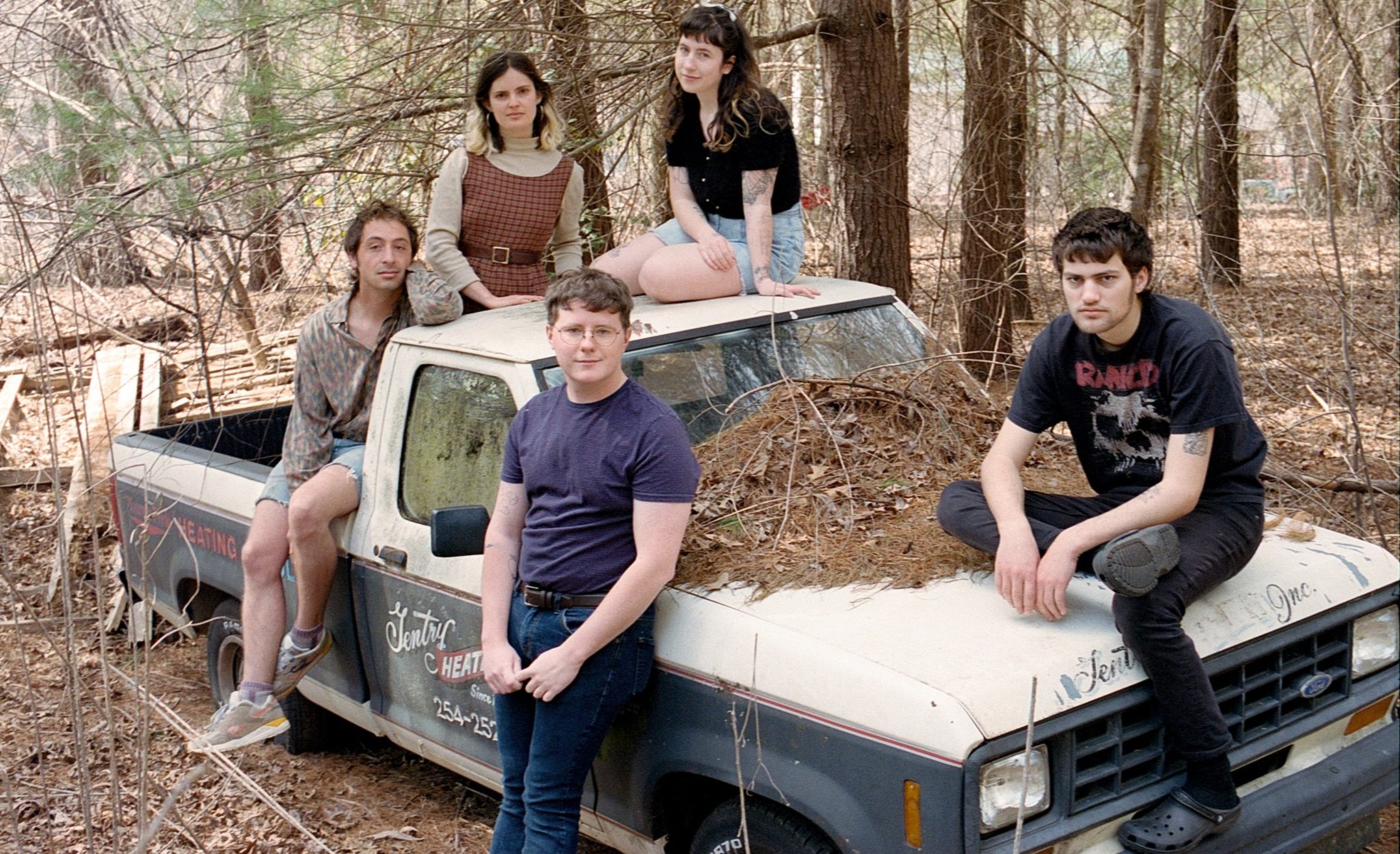 Twin Plagues is the fuzz-fuelled sophomore offering from North Carolina’s Wednesday, showcasing them at their genre-hopping best. From the frantic to the bewitching, Twin Plagues 35-minute journey will only leave you wanting more.

Rewind back to the late 80s/early 90s and the first time you heard Kevin Shields and his now unmistakable wall of sound (full disclosure: it was another 17 years or so before I would get introduced). Since then, the comparisons to My Bloody Valentine and their peers have been relentless. All it takes is an offset Fender, a fuzz pedal, and a reverb pedal, and suddenly your release is the next Loveless. Whilst many have tried and some have succeeded, few have managed to have that immediate kick to the the stomach in their releases that helps them stand out from the crowd. Step forward Asheville’s Wednesday. Following the release of their debut album I Was Trying to Describe You to Someone, Wednesday have continued to develop their shoegaze/lo-fi inspired sound, building upon a solid fanbase with a steady stream of single releases. Not content to rest on their laurels, the North Carolina outfit continue to experiment with genres on their latest release, taking things to new levels.

From the feedback-fuelled opening of its title track, Twin Plagues draws the listener into Wednesday‘s fascinating world. Two loud, fuzz-infused guitars fight for position before leaving room for songwriter/vocalist/guitarist Karly Hartzman to introduce herself with her rasping yet somehow soothing vocals. These playful changes of dynamics set the tone for the remainder of the album, with Wednesday showcasing their ability to jump from the quiet to the overwhelmingly loud with ease. “Handsome Man” continues this theme, their self-proclaimed country-gaze coming to the fore in some of the guitar licks hiding beneath the noise. Country-influenced music will always catch my eye, particularly in cases like this where it is least expected, with the presence of such influences indicative of the bands eagerness to avoid being pigeon-holed.

Wednesday, clearly, are far from a one-trick pony. “The Burned Down Dairy Queen” offers a much quieter, softer side, with Hartzman’s haunting lyrics (‘I never know exactly what to think of my life’) sitting softly upon a slowly crescendoing bed of noise. Xandy Chelmis provides a more obvious nod to country music with the lap steel on “How Can You Live If You Can’t Love How Can You If You Do”, its presence allowing the tender side of the band’s writing to shine through. These tonal shifts between the wall of sound and the self-reflective are evident throughout the record, keeping me interested and with an open ear for the entire duration (although this probably would have been the case anyway, with most tracks staying under the 3-minute mark!)

As enjoyable as the quieter moments on the album are, it is the big guitars and booming bass lines that really appeal. “Three Sisters” is a fantastic example, Hartzman again battling with fellow guitarist Jake Lenderman to see whose guitar can sound the most gritty whilst still cutting through the mix. As with the rest of the album, the band are keen to showcase their ability to seamlessly blend genres and sounds; this particular track would feel as comfortable alongside Courtney Barnett as it would A Place To Bury Strangers. Album highlight “Gary’s” allows Hartzman to again quietly showcase her vocals, all the while letting the band build around her. The lap steel returns, helping the track crescendo before dropping to near silence just as you think it is going to explode into their trademark noise.

A thoroughly enjoyable 35 minutes, Wednesday have produced an album that showcases their ability to merge styles and genres, setting themselves apart from their contemporaries with their willingness to re-energise the shoegaze genre by redefining its borders and stepping away from the tried and tested methods of their peers. This is a band that will flourish on the return of live shows, as that raw energy and clear passion for the music that has been captured across this record may only be a fraction of the energy present in a small, sweaty club. Whilst already looking forward to the next release, this album will be on repeat for quite a while.