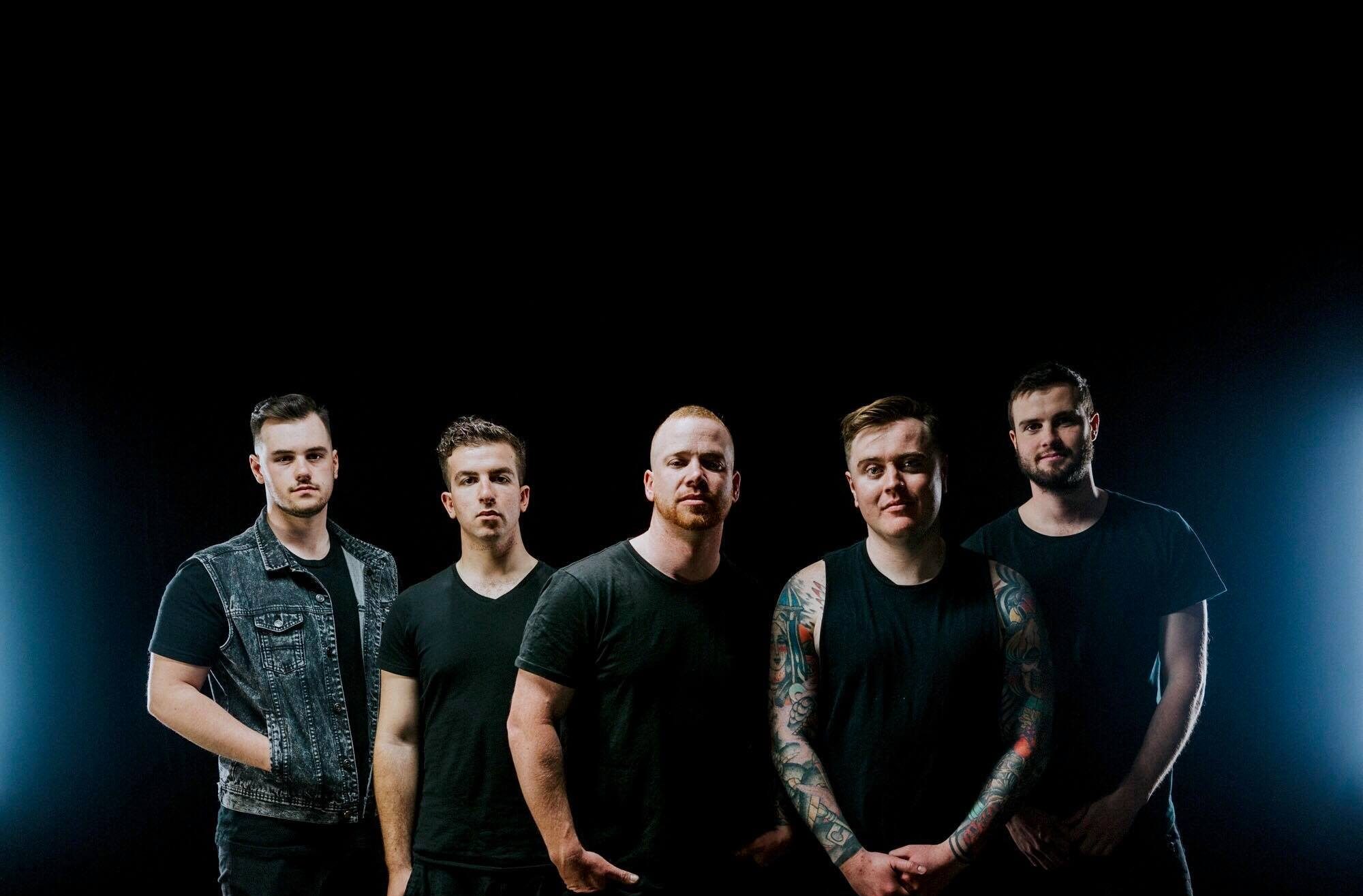 By Rodrigo Torres PinelliSeptember 4, 2021 No Comments

Resist The Thought delivers a strong comeback release, setting the standard for how metalcore should sound like in 2021.

Yep, that’s right – this 20-something minute EP bangs hard. It does come as a surprise for two reasons, the first being they’ve been release-absent since 2012, aside from a single drop in 2018. The unfortunate second, then, is that it’s actually damn great metalcore. ‘Unfortunate how?‘, you may ask. Well, maybe it’s just me, but the metalcore scene has been lacking the massive mainstream status it once had. Slowly, deathcore and djent seem to share the same fate. Is it that they’re too attached to a specific era? Is there a ‘metalcore phase’ within us that just fades? I really don’t know for a fact. Yet, I’m surely not the only one that used to blast these freaking anthems yearning for those face-smashing breakdowns, and oh do I miss it badly. One thing I certainly realize is that I’m not as hungry for that kind of music as I once was, especially in my late teen years. Nevertheless, do not think for a second I will prevent my inner raging youngster from confiding how great Resist The Thought‘s new EP is.

I can only imagine how thrilling it would be to release a bunch of new material after so long. Truth is, I haven’t heard of these guys until a few days ago, and I thought it was their first batch of material. I went ‘Holy crap, this is a hell of a debut!‘. Turns out it wasn’t, but hey, it does bring that vibe in some way. In the end, Resist The Thought as it stands today is an entirely new line-up except for Rhys Giles, the singer and sole remaining original member.

Renaissance is nothing but a heavy, consistent record that stands out immediately, debut or not. I couldn’t help but think of As I Lay Dying‘s Awakened, probably because that was the last metalcore album that blew my brains out. I did notice many remembrances that impacted me similarly, forging an immediate nostalgia connection that enlarges my subjectivity to this analysis. Be advised.

This release has got all the aspects that make this genre shine. There’s fierce riffing, abysmal breakdowns, and tons of kick drum patterns. There’s quality in the songwriting, proficiency in the execution, and a nasty good album mix. I’ve got to give a shout-out to Chris Blancato, co-producer, mixer, and mastering engineer, for pulling out a massive-sounding record. Out of the less-popular perception downside, the passage of time has allowed for sound editing and mixing techniques that made albums sound polished as crystal without losing any aggressiveness. Renaissance leverages that modern production style, and that’s a reason it stands out even more.

As for the songs, “Glass Casket” was the first released single early in April. It makes absolute sense, for it’s a compact representation of the brutality this record deals with. With only a relentless drum fill, the song is unleashed, giving no introduction whatsoever. It does not shy away from blast beats, half-time syncopated riffs, and harmonic tensions. In other words, it’s an absolute headbanging party. There’s not much to be said about the song’s video, so we’ll stick to the music.

Next up is “The End of Us”, my personal favorite. The structure of the song is quite traditional, although effective. While the vocalist introduces the verses as in a typical metal build-up, the snare accentuates the pattern that will be then replicated by the rhythm guitars, bass, and kick drum. As the main riff arrives, a guitar harmony stands in the back, completing the band picture. Everything that occurs prior to the forty-second mark could be easily extrapolated from Killswitch Engage, Parkway Drive, and even AILD. Elements of death metal and deathcore are incorporated as the song develops – I’m talking tremolo riffs and super rhythmic sections, respectively. Even if these arrangements are small, they enlarge the musical vocabulary Renaissance delivers. This is, much to our fortune, carried out throughout the whole album.

The last thing I’d like to note is the brutal vocal performance on this record. It’s nuts. Rhys is an absolute beast. When comparing Renaissance to other metalcore records, the vocal production and delivery stand out. The vocals rage in every song. They’ve got the necessary aggression and grit, but they’ve got that low-end punch, too. This is something I noticed on guitars as well. Here, the modern metal sonic influences become audible. Refer to “Decimate the Bloodline” for sick vocal chops. All songs do present that in a way, but this song in particular allows for post-production processes to be more distinct.

At the beginning I told you that my relationship with this genre has past its climax, a point that will most probably not arrive again. However, I found myself going back to albums I haven’t heard in years. It’s just a mere consequence of how Renaissance impacted me. It shoved me down a nostalgia tunnel. What’s funny, though, is that even the most renowned songs lack something Resist The Thought could accomplish: the sound. Now, when I’m listening to a classic metalcore song I go, ‘Wow, I wish they sounded closer to Resist The Thought‘s latest EP.’  The genre works in ways that reveal sometimes too much, making songs predictable. Nevertheless, I’m not sure how somebody can be bothered by that when, sonically, everything’s on point. You have the riffs – they are nasty and clever; you have the flesh-scorching breakdowns; and, above all that, the mix is spectacular. It’s a shame that Renaissance is just 23 minutes long because I definitely left me eager for more.