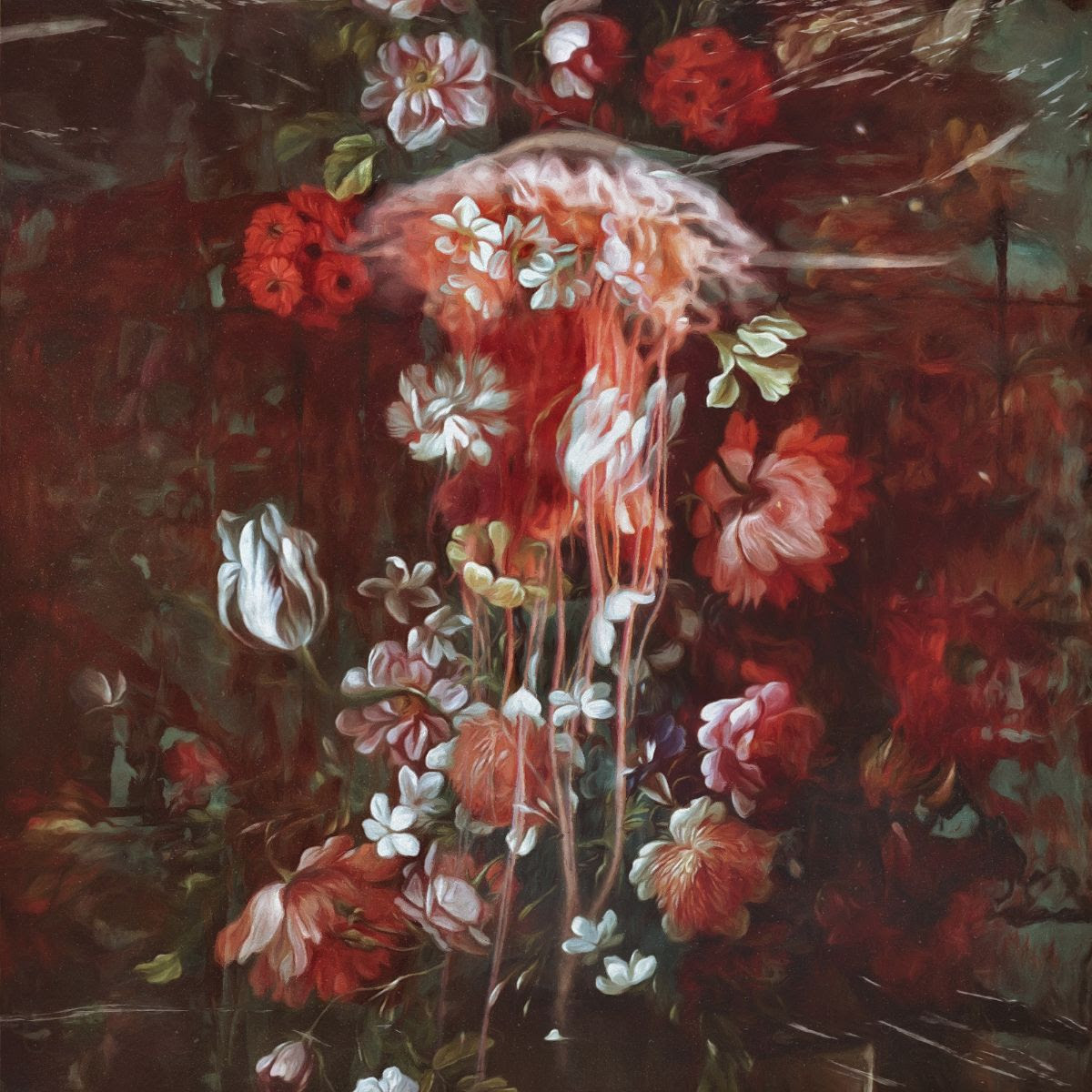 By Billie HeltonSeptember 3, 2021 No Comments

Beautiful Ghosts is a bold departure from more conventional blackgaze, but Unreqvited knocks it out of the park with this beautiful and haunting album.

I have been following Unreqvited for a few years now and I’ve joyously reviewed a couple of their previous albums. This one-man black metal project has been one of my absolute favorites since 2018’s Mosaic I: L’amour Et L’ardeur. That year alone saw the project release Stars Wept to the Sea as well, which has been my favorite release thus far. The great thing about Unreqvited up until now has been a certain predictability to the quality of releases without fully knowing what to really expect. Every EP, split, and album of theirs has been a great listen for me, and each release sees different elements and sounds explored. Beautiful Ghosts has taken pretty much every aspect of the project forward in awesome and honestly surprising ways.

For starters, it’s hard to consider Beautiful Ghosts a black metal album. The opening of the first track, “All is Lost”, is about as heavy as the album gets, and is one of the brief moments with the trademark black metal shrieks that Unreqvited is prone to use. There aren’t nearly as many blast beats or fast-paced moments here. There’s a bit of a washed-out shoegaze aspect, there are many passages that I consider more ethereal post-rock than anything, and there are even a lot of progressive bits in the general song structure and the guitar parts. Spacey and haunting synths permeate the tracks, and there is always a light at the end of the tunnel when the gritty, rapturous black metal bits take center stage. “All is Lost” is bleak and aggressive at the start, but is marked by triumphant swells of synthesizer and incredible distorted guitars as it progresses. The outro fades before “Autumn & Everley” begins with a measured piano melody and chilling choral harmonies.

This alone is enough to show you that Beautiful Ghosts is not the same kind of work that Unreqvited has been doing. It is a more grounded work throughout, and introduces a plethora of new and beautiful soundscapes to the repertoire of the project. “Autumn & Everley” gets a lot more chaotic than most of the album and is one of the only moments where blast beats become prevalent in a track. However, it is also contained by the ever-present piano from the start and incredible riffs that break the black metal mold. There is a clean break about four minutes into the track where the bass really sticks out, and there’s a certain breathability to the atmosphere that is absolutely lovely. Overall, it feels like the most inviting track to old fans who may not like the flow of the album overall.

Speaking of the overall flow of the album, Beautiful Ghosts is lush with field recordings. “Reverie” is accentuated with the steady flow of water somewhere deep in the mix, with haunting synths and distorted hums of vocals that make it feel equally inviting and chilling. If you’ve ever come close to drowning, it’s the same kind of sensation. There’s a deep calm and serenity to it, but there’s also an underlying sense of panic that permeates from every sustained note. That dread becomes more and more palpable as the interlude devolves more and more into nothing more than static. I do enjoy these moments of the album, but “Reverie” does overstay its welcome ever so slightly with an over five-minute runtime. I’m not the biggest fan of ‘cinematic’ music or noise, so typically things in the nature of this become a bit much for my personal preference.

“Funeral Pyre” is probably my favorite track of the album besides the title track, and is one that really shows the versatility of Unreqvited. It begins with one of the most beautiful moments on the album before picking up with one of the heavier bits we find, complete with blast beats and haunting screeches. This is short-lived, however, and a couple minutes into this song present one of the most entertaining and well-written moments as a really bouncy and proggy guitar riff harmonizes with those swelling, triumphant synth notes that were present in “All is Lost”. It’s a portion of the album that evokes a largely positive feeling, and you feel it lifting you up internally. It’s surprising how much of Beautiful Ghosts affects me in this manner, and I’m here for it.

The title track to Beautiful Ghosts is one of the best songs I think Unreqvited has ever written, if not the best. It has a little bit of everything the whole album showcases, all put forward in a nine-and-a-half minute opus of a track. It begins with that slow, almost plodding piano and the evocative synths that persist from the start. There are some quiet field recordings building to the atmosphere in the opening minute or so before the first guitar part begins. The closest thing I can equate this guitar to is “Language I” by The Contortionist, which is not a group I ever thought I would be able to compare this project to.

It’s incredibly short-lived as one of the most cathartic and aggressive moments of Beautiful Ghosts erupts with thundering instruments and tortured screams. This is a wildly awesome song. Plinky piano melodies harmonize with gazey guitars moments before the animalistic shrieks and black metal riffs hit you in the face again. All this is done excellently, and none of these shifts, moment to moment, ever seem out of place or inconsistent. There’s even a couple movements partway through the track where it gets incredibly orchestral. The layered choral vocals make another appearance here, and there’s a point where there’s nothing more than this plaintive chorus and a sharp, string-like synth weaving a dream-like atmosphere. It’s an incredibly moving and effective track, but one, like “Reverie”, that I wish was just a touch shorter at times.

I have been a big fan of every album from Unreqvited thus far. Beautiful Ghosts is a hell of an album, and will surely go down as one of my favorites of the year for black metal-adjacent work. It’s hard for me to even consider it alongside work that fits snugly into that genre, and I love that Unreqvited is pushing that boundary and exploring while still making music that feels uniquely theirs. While there are a couple moments that are marred by the generally slow pace of the album and my own personal predilection against noise and field recordings with not much else, this is likely my favorite release of theirs now. I love this direction and I am excited to see if they continue pushing this way, or if they slightly reinvent themselves in any other ways. One thing I do know is it likely will not take very long to see what this workhorse of a project is up to next. Until then, Beautiul Ghosts will be on repeat for the time being.