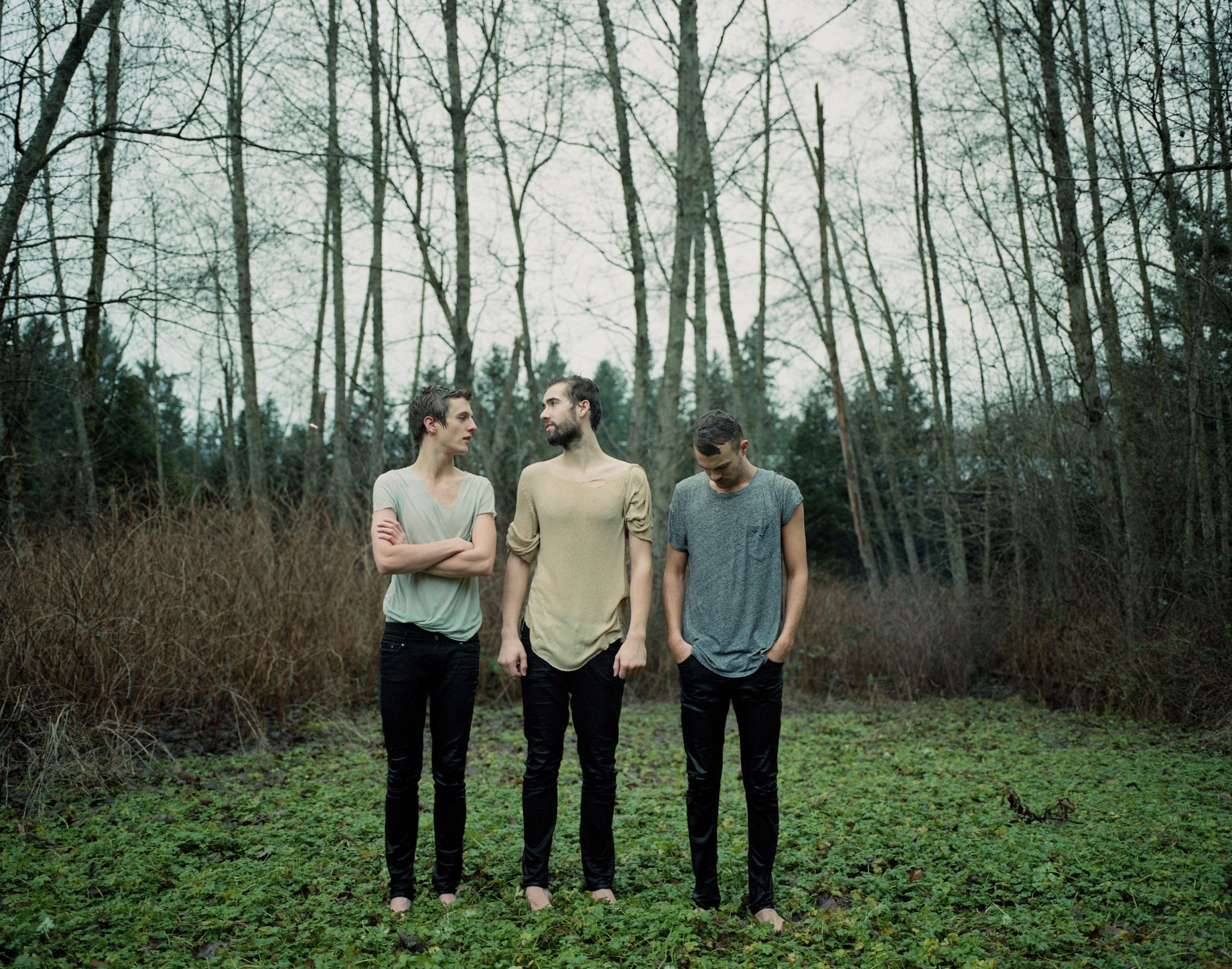 An explosive prog-pop wonderland, We Are The City‘s new album RIP addresses adolescence, sins, and mortality in sometimes unnerving, but beautiful ways.

I listen to and write about sad music all the time. I’m a metalhead, I crave doom in my music – the bleaker, the better. Within metal, it can be hard to escape themes of grief, suffering, and death, and I’ve never reviewed an album that’s not metal, so I decided to branch out with this review, do something different, get out of my comfort zone. Not yet ready to leave behind the dreariness I adore so much, I chose prog-pop trio We Are The City’s latest creation, the forlornly titled RIP. I thought for sure that I’d be able to handle it.

Don’t get me wrong, I think this album is awesome! I love it more and more with each listen, but it’s much harder to digest than I imagined. The reason is that RIP doesn’t deal with death as an abstract concept; it was created around the time that a childhood friend of the band passed away, and because of this, it portrays death as the very tangible thing that we will all have to come to terms with, and ultimately experience at some point. RIP isn’t just about the act of dying – in fact, it’s hardly about that at all – it’s almost entirely about death’s consequences, its effect on those it has, for the moment, spared. It’s about how death forces you to come to terms with things in your past that you may have been in denial of, and the questions the death of someone you were close to bring up.

The album is not all grief though – because it is, first and foremost, a way for the band to come to terms with their friend’s death, it’s also very much about adolescence. “God&Man”, for example, is a raw confessional of personal sins which pulsates slowly forwards while addressing wrongdoings most adolescents will partake in – porn, drugs, resenting those closest to them, stealing money. On the other end of the spectrum, “You Can’t Blame Me, But You Can Blame Yourself” has no lyrics at all, only a husky, hypnotically repetitive series of ahs and oohs which slowly ease me into a state of intoxicated, golden afternoon bliss. Then there’s the frantic, anxiety-inducing “Night Guest”, and the eerie “Obviously” in which singer Cayne McKenzie invites the listener to relax, but it’s just about the least relaxing thing on the album, filled with uneasy detuned chords and an almost Dillinger Escape Plan-esque breakdown during which synths and guitar yap like dogs.

The album opener, “Killer B-Side Music”, remains one of my favourite tracks; one of the first lines is ‘a giant beached whale, covered in crabs/And other subgenres’; it’s as unnerving as it is intriguing, like the rest of the track. “Killer B-Side Music” starts off dark and intimate, but soon explodes into harsh, brittle guitar and synth tones that seem to be bursting at the seams with electricity, chords that remind me somehow of Radiohead, and a ginormous kick drum sound. The track is breathless, it seems to be gasping for air, and it’s sonically fascinating.

One of the musically more straightforward songs on this album is the title track, “RIP”. It’s like sinking into a sad, soft marshmallow. The instrumentation is deliberately sparse to create room for McKenzie’s vocals, which he improvised in one take only days after hearing of his friend’s passing. The first line sets the tone for this song: ‘I’m afraid to die/Aren’t you?’. McKenzie’s voice is simultaneously thick and husky, and there’s a modesty about his singing – the melody is simple, and disintegrates into an almost spoken narrative in the second verse. He draws some tiny, shuddering breaths, and those breaths pushed me over the edge the first time I heard this song. I could feel that tell-tale lump in my throat, and couldn’t stop the tears, couldn’t even try. I was out of action for the rest of the day, just a bumbling, vacant mess. There’s nothing flashy on this track, it’s just genuine, raw grief. The final line is a heartbreaking variation on the opening one: ‘I’m afraid to die/Were you?’.

If you’ve ever lost someone close to you, I’m truly sorry. This album made me think about someone I was close to when I was younger, and the shit we’d get up to, and how volatile his life is now. It’s going to sound corny, but maybe today is a good day to reach out to someone you haven’t talked to in a while, and who used to mean a lot to you. Spend time with those closest to you, appreciate their time here, because it will come to an end. I don’t want to end this review on a depressing note – if you end up listening to this album, you’ll get sad enough as it is. So, here’s “You’re So Clean” – this song did nothing for me the first time I heard it, but now it never fails to bring a smile to my face. I hope it makes you smile, too.