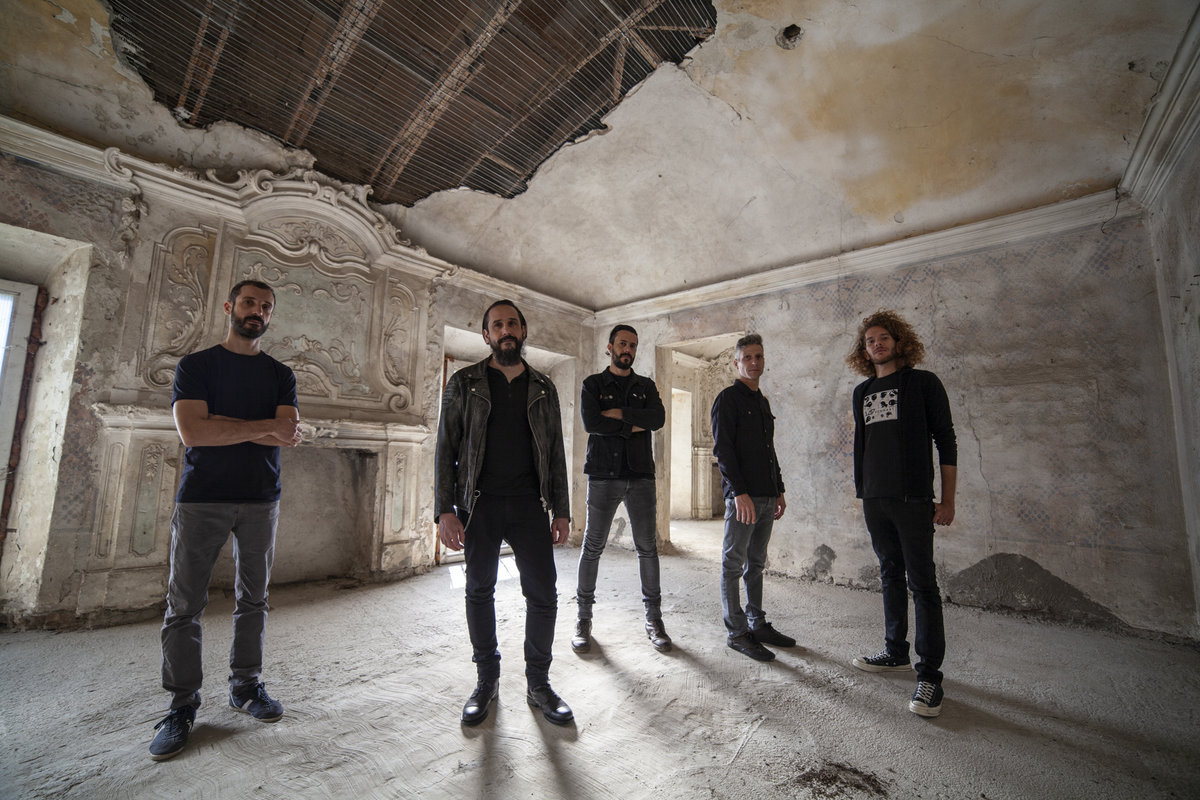 By David RodriguezApril 21, 2020 No Comments

Nothing like a good blend of heaviness and prog to cleanse your mind, and Void of Sleep‘s progressive doom is wildly adept at doing so.

Void of Sleep, huh? More like ‘Avoiding Sleep’, because that’s exactly what I’m doing as I write this. This Italian band speaks to me, using progressive language housed by doom and sludge tones, a combination that’s not terribly common. If you listen to other Italian bands, you might find a common thread – a sense of scale that has its own flavor and intensity. Although not exclusive to the country, there’s just something about Italian music that feels larger than life, so it’s fitting that Void of Sleep weave this very feeling into their metal.

Metaphora is the band’s third album and has some neat additions that I’m a fan of. Synths, for one, really help stretch out the atmosphere of a song or provide a backup melody of a sort – a first for the band. It’s not hard to sell me on synths, but they’re used well here regardless. Seeing doom and synths in the same work may make you think of a spacey band like Mammoth Weed Wizard Bastard, but this is quite a different approach. Metaphora feels lived in – comforting and warm, even against the chilling cold sludge that you encounter in a few songs. Despite the band being voidal in name, it’s a grounded sound of the earth that permeates most of all. Think Mastodon, especially their mid-career stuff, and you’re close.

No matter how terrene this album feels, it still takes flight in soaring ways that I had to get used to over a few listens. It’s not a bad combination at all, but to hear Void of Sleep‘s style of doom and have it open up considerably more required some bearings on my part. Perhaps I needed to erase my predilection and expectation to get pummeled by relentless metal. By the time the melodic notes of “Unfair Judgements” hit, I was sold. Clean vocals are used very often, but this track is probably the most shining example of them. Where the rougher instrumentation kicks up some obscuring dust, the vocals act as sunbeams penetrating through.

The next track, “Master Abuser” – fittingly named as a more edgy counterpart to the previous one – starts with driving, punctuating riffs with some gravelly, yelled vocals. This is the other half of Void of Sleep. They’re not afraid of flirting with extremes to convey a feeling, the one and the same from before. At the same time, they understand that not every song needs to exhibits both sides of the spectrum. Nothing is forced if it doesn’t make sense, yet there’s places for you to go if you’re in a specific mood and need some…needs met.

Typical me, I vibed the most with the more proggy moments, the most of which are easily “Modern Man” and “Tides of the Mourning”. They’re fascinating tracks to end on, coming together to wrap up the serene sections and heavy parts into a denouement with its own extremes. Time signatures are played with, the progressions between verses are compelling and neat, they’re hard to put down. I found myself looping just those two songs for a while before returning to the scene-setting intro “The Famine Years”. Real phenomenal stuff to check out, even if you’re not into much of the sludge/doom.

An admittedly cursory exploration of Void of Sleep‘s older catalog shows me that this is probably their more mature and fleshed-out project to date. The additions worked quite well, the shift in direction provided more eloquence in the equation without becoming verbose. It’s great! A nice break between hardline metal and feathery prog that lacks an edge. Metaphora is made up of the best of both worlds without sacrificing anything in either camp.