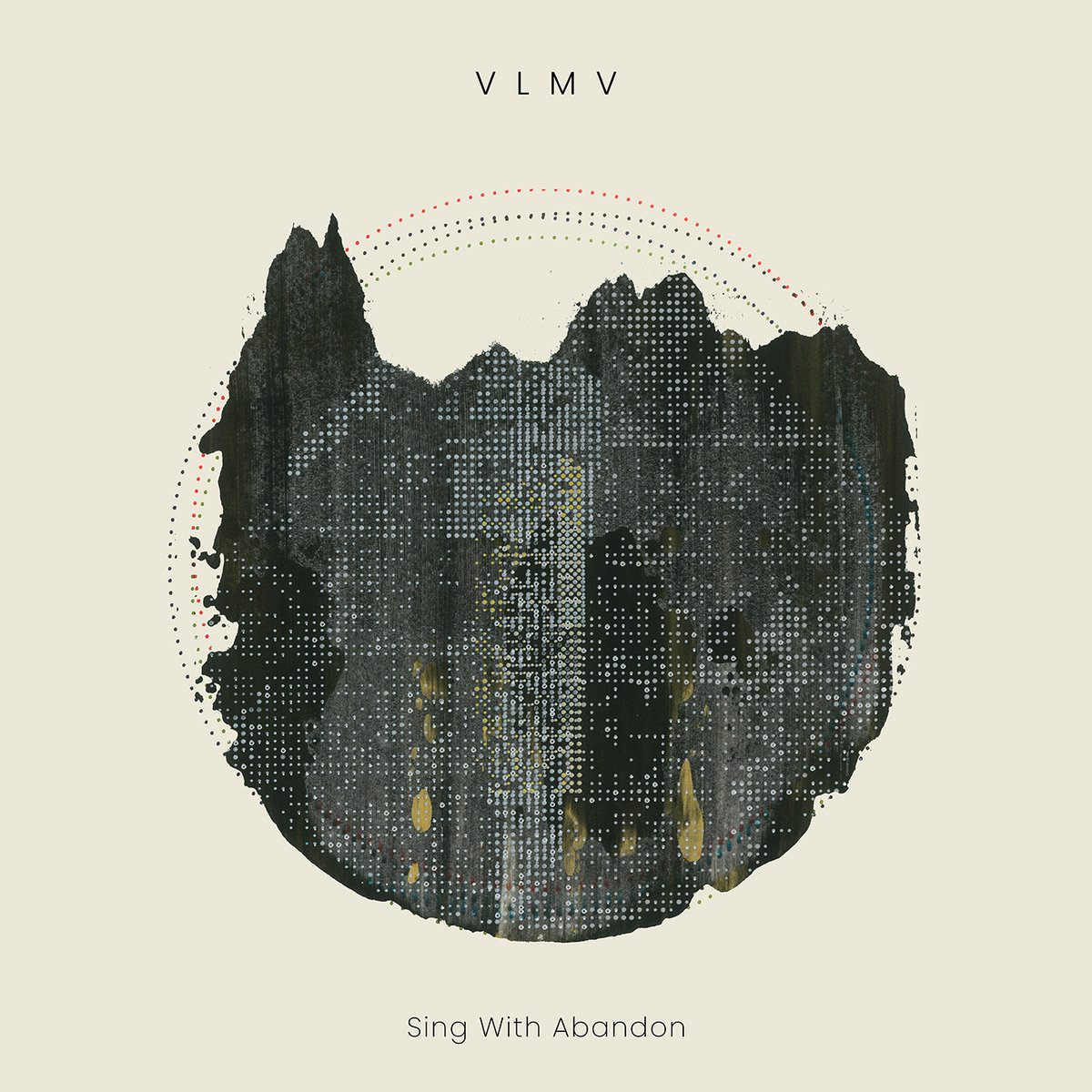 By Dominik BöhmerAugust 17, 2022 No Comments

The musical landscape of VLMV hasn’t changed much for Sing With Abandon, and that’s okay – beauty doesn’t need constant reinvention to remain profound.

If you, at the end of every single year since 2018, would’ve asked me what band or artist I would’ve loved to get a new album from in the coming 12 months, chances are VLMV would’ve been at the top of my list every time. Four and a half years have passed since I got to review their sophomore release Stranded, Not Lost (more on that here) – an album whose songs are still likely to pop up in my head at random times – and let me tell you, the wait for more hasn’t gotten any easier. This self-proclaimed ‘post-whatever’ project, helmed by vocalist, multi-instrumentalist, and songwriter Pete Lambrou, has blended post-rock, shoegaze, ambient, and contemporary classical music in a way that has captured my heart without resistance upon first listen, so snapping up their new record for review was an absolute no-brainer.

‘I came to map the sun and stars…‘

The album in question would be Sing With Abandon, of course, which will see the light of day but a few days from now. Going into this with 54 months’ worth of pent-up anticipation, I was anxious to see if the VLMV I love would still deliver. Well, not that anxious; the singles released thus far have been very reassuring in that regard. It was more of a ‘just how good will this actually be?’ kind of situation. In short, all my impotent worry was for nothing – this album is fantastic.

Sing With Abandon has a good balance of vocal tracks and instrumental pieces. While this would normally be something to point out positively, in this case it actually brings me to my biggest gripe with the record – I genuinely wanted to hear Pete sing even more! This is a thought I have uttered privately before, but I guess it only makes sense to include it in this review as well: Pete Lambrou has one of those voices where, if I were to possess it, I would never shut up again for the rest of my life. He’s one of my favorite singers at the moment, so even just a humble handful of syllables more from him would’ve been greatly appreciated. Oh well.

“There Are Mountains Underneath Us” opens beautifully, with classical instrumentation employed to orchestrate an ambient background for Lambrou to carefully place his voice onto. Slowly, deliberately, the background is fleshed out, growing into exactly the kind of touching tune VLMV always excelled at. In a neat twist, “For Empire” reprises some of the aforementioned track’s motifs and vocal lines (albeit with a separate set of lyrics), which makes them uncanny counterparts of sorts, only divided by the instrumental “If You Could See Your Life In Reverse”. Utilizing these recurring elements across two songs so early on makes for a somewhat unorthodox beginning to Sing With Abandon, but I like it.

Another fully instrumental track, “We Were Landed, We Were Landing Gently We Landed”, bridges the gap between two of the record’s singles, “For Empire” and the melancholic, piano-driven “The Navigator” (whose striking opening line I quoted in the subheadings, in case you were wondering). This song also employs the voice of Anja Madhvani, who sounds terrific harmonizing with Lambrou. Here, the instrumentation swells towards an abrupt ebb, where we’re left with nothing but the original piano motif once more. Following the dreamy title track and the electronically enhanced “Solus Ipse” (Latin for ‘I am alone’) and “DearFearHere”, first single “Steady, Thyself” delivers another gorgeous combination of piano and strings before VLMV see us out with “Our Corners (Reprise)”.

Breathe in. Breathe out. The album has come full circle. Quietly, but not without impact. To slightly paraphrase the title of an Alec Soth photobook, which itself quotes Wallace Stevens’ poem “The Gray Room”, I know how demurely your heart is beating. VLMV have built tension, yes, but now it’s released – vanished, just like the ethereal compositions you were listening to just a moment ago. Now that we’ve come so far, let’s walk the final few steps together as well. Come.

Listening to Sing With Abandon, you will find yourself confidently standing on the precipice, a veritable Caspar David Friedrich-ian wanderer looking out over an awe-inspiring landscape. It hasn’t changed that much since you’ve last set foot here, but tell me – is that such a bad thing? Does its familiarity diminish the view before your eyes even one bit? Or may that very familiarity be part of its appeal after all? Well, I suppose that these are questions everyone has to sort out for themselves, but I, personally, don’t believe in the notion that repetition invariably lessens the beauty of any given thing. To me, VLMV staying true to their tranquil sonic territory feels right. Sing With Abandon is just as charming as anything they’ve put out thus far, and I for one am grateful that my beloved scenery is still intact.