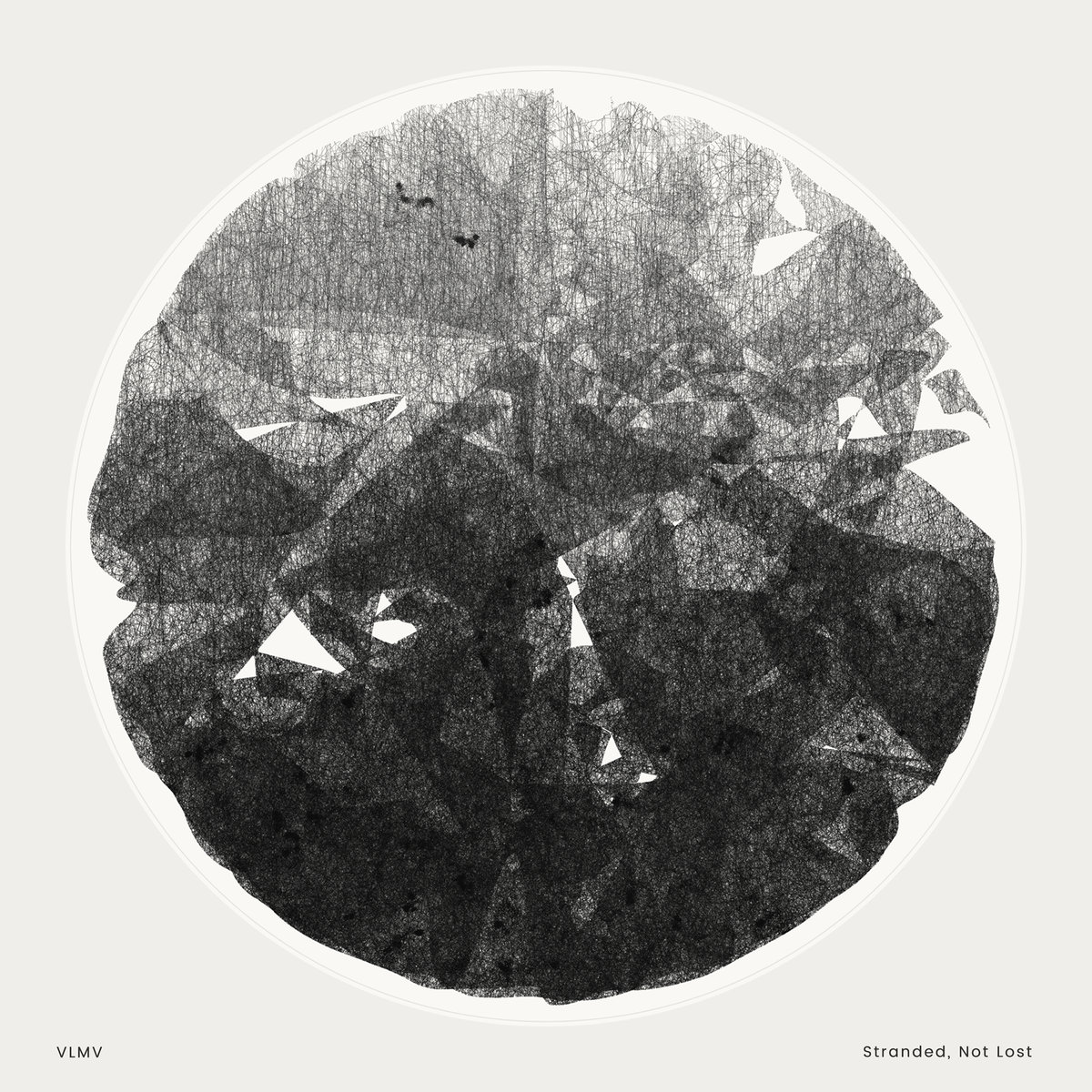 By Dominik BöhmerFebruary 11, 2018 No Comments

Beautifully woven from the gentlest fabrics of ambient, post-rock, and modern classical music, Stranded, Not Lost by VLMV is an early musical highlight of 2018.

As per their self-description, VLMV from London are an ‘ambient-ish post-something’ duo. What admittedly sounds very vague when framed that way becomes a bit easier to grasp upon closer inspection. With their mixture of modern classical-informed atmospheres, shoegaze melodicism, and post-rock dynamics, Pete Lambrou and Ciaran Morahan are able to transport a myriad of different moods and emotions, ranging from the obviously bittersweet to a more vague sense of yearning.

Their new album Stranded, Not Lost is due to be released on February 16, and is poised to be an early highlight of the year for everyone infatuated not only with the styles mentioned above, but with beautiful music in general.

Droning electronics, humming along for several seconds, and then: a pensive piano, touched gently, cautiously dropping its notes as the background softly swells to a melodious cushion for them to land on. Strings and electronics merge to create a lush atmosphere, before returning the song to a reduced state once more, relying only on the piano. Thus, “He Has Already Divided Us” opens Stranded, Not Lost to the world, and sets the stage for the wonders that await us.

‘If Only I Was Awake, In A Town That Never Sleeps‘

And what a wonder it is that follows directly in the opening’s footsteps! “If Only I” might just be, and forgive me the premature superlative, the best song of 2018 already. A haunting, bittersweet number in nature, it hasn’t left my head ever since I heard it a few weeks ago. Sumptuous, slightly androgynous vocals, delivered with heartfelt emotion, lay atop the wonderfully crafted cinematic orchestration. The two consecutive lines ‘If only I was awake/in a town that never sleeps’ and ‘A million miles away/through the storm that sank our ship’ are especially powerful; though ambiguous in meaning, they are heavily emotionally charged. This song is one in a million, a rare and beautiful flower that escapes any literal description. You’ll have to hear it for yourself to fully understand.

“All These Ghosts” begins with a guitar melody not unlike what you can hear on Alcest’s Shelter. This motif carries on for the majority of the song’s runtime, underpinning the once more emotional and raw vocal delivery. Ambient elements flesh out the backdrop, and so all calmly floats towards the song’s mellow finale. The chamber music-infused “And There Was Peace In Our Hearts For All The Dark Things That Surround Us” proves later on that the instrumental tracks on Stranded, Not Lost are every bit as great as the ones with vocals. Aside from its lengthy title, it impresses with a wonderful string arrangement and minimal piano touches.

‘A Million Miles Away, Through The Storm That Sank Our Ship‘

Featuring fellow Londoner Tom Hodge, a composer, pianist and clarinetist by trade, “Little Houses” is yet again opened by a shoegazey guitar line, which is soon accompanied by a prominent piano rhythm. Lyrically, it picks up on one of the lines in “If Only I”, namely ‘If only I built new houses/For us all to live’, raising questions about a possible contextual interconnection between the album’s tracks. In its middle portions, the song becomes more fragile, carried only by vocals and guitars, before building up once more and ending on a post-rock-esque motif.

Stranded, Not Lost is imbued by a remarkable sense of honesty and vulnerability. The music compiled by the duo has no need for sensationalism or a spectacular contrast of elements; instead, it tranquilly unfurls itself through an exceptional understanding of melody and dynamics. It’s easy to get lost in the consistently serene yet melancholic atmosphere established throughout the record, which speaks volumes of the accuracy and devotion with which Lambrou and Morahan approached it. Personally, I am in awe of their creation, and can’t recommend you to pick it up as soon as it comes out enough.