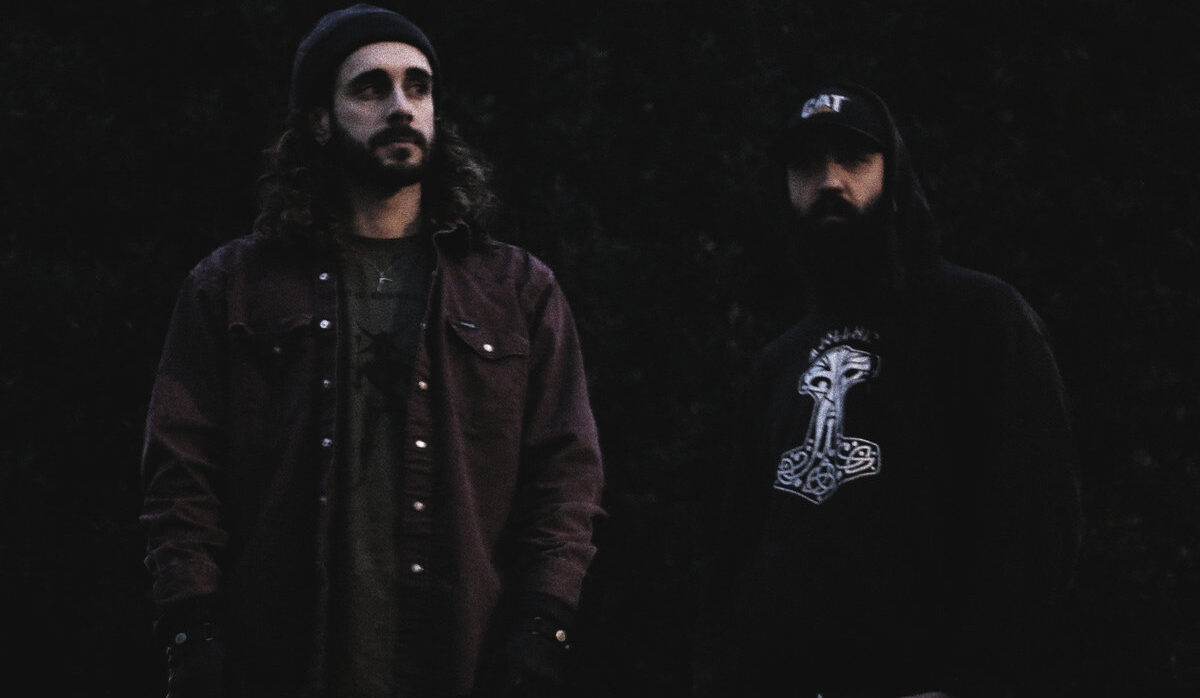 Vital Spirit – “Still as the Night, Cold as the Wind”

Still as the Night, Cold as the Wind is a vicious and emotional record that retells Western history’s forlorn, colonial past through the lens of atmospheric, Spaghetti Western black metal.

Black metal music has become somewhat of a global phenomenon in recent years, with artists from all centres of the globe producing dark, mystical, and emotional sounds that fuse authentic musical tropes native to their local cultures. Yet, whilst black metal’s global reach has garnered interest in regions such as Eastern Europe, Asia, and the Global South, many may overlook a range of talented Western artists who have remained within the underground, overshadowed by the subgenre’s early predecessors like Mayhem and Emperor. Vancouver-based ensemble Vital Spirit are an excellent example of how modern black metal in the West can demonstrate authentic and folk-infused musical characteristics communicated through punishing riffs and sinister ambiences. The band’s latest album is their second record released to date, Still as the Night, Cold as the Wind, combining extreme musicality with sorrowful, time-honoured atmospheres to create a unique, Western folk epic.

The opening track “Blood and Smoke” unleashes a typhoon of dissonant, lively riffs that layer on top of each other forming this powerful kind of atmosphere. A heavy reliance of melody is expressed passionately through the guitars that switch between tremolo-picking sections to more stretched ambient chimes. The folk influence is also discernibly evident early on through the acoustic elements and heroic brass parts that signify that classic Spaghetti Western aura. Following this, “Blood Hand” is a brutal, harsh track that can be realised through these shrivelling vocal shrieks that convey a sense of resentment and callousness. The fast-paced rhythmic progressions from the drums and the tremolo-picked guitars that tear into the skin of the listener command ferocity and strength.

The third track on this record is definitely one of the strongest: “Dawn of Liberty” personifies the struggle and resilience of the ancient native American tribes fighting to reclaim their land and dignity from Colonialists settlers. Through epic chord structures over lyrics such as ‘A drumhead court-martial, in the wake of devastation, from a cottonwood in Taos, the conquered hung for treason, if an injury must be done, let it be so severe, that with the passage of time, vengeance need not be feared’; there is a powerful narrative that is sounded out in this retelling of colonial history that sees these volatile ambiences and penetrating rhythms almost resembling a sort of war cry of the natives as they fight for vengeance and honour.

“The Long Walk” continues this ambitious black metal journey, taking over from where the last song left off. We can hear yet again a similar exchange of guitar work through the variety of blackened tremolo riffs and epic folk metal sections that interweave, and there is much depth in these impressive low-end vocals as the song proves stronger near its final moments. The string-led soundscape that closes the track again adds an emotional and mournful deepness, possibly to denote grief expressed by the lyric’s protagonists. “Withering Fire” further projects a hostile presence invoking death-soaked instrumentals and agonising roars from the vocals. A display of technicality from the instrumentals also adds some intrigue and dynamic to the Vital Spirit sound here, allowing you to become more immersed in the album’s narrative.

By “Saccharine Sky”, we are way beyond the album’s mid-point, where this track allows for progression and sets a mystical, cinematic-like scene as if to conjure the image of a final battle one might imagine from a Sergio Leone picture. The slow, ridding guitars and epic brass parts open us up to a whole new world and prepare us for the final showdown that is to come on “White Eyes”. The penultimate track delivers some of the records most expressive and tense moments through relentless and violent sonic imagery, aggravated tempos and rhythmic structures building a strong image of the Comanches riding into battle in a last-ditch attempt to reclaim their glory.

Finally, “Lord of the Plains” almost feels like an ode to the ones who had fallen in the midst of war. The music combines moments of fury and vigorous passion, which conveys the strength of the record’s characters alongside these grief-stricken, tragic orchestral elements that display signs of loss and death. This record therefore begins to feel like an epic Western retold by Vital Spirit through the eyes of the ones who had all to lose and nothing to gain but their pride and dignity whilst protecting their homeland.

At a first glance, Still as the Night appears to feel like an epic unfolding of ancient American history in the style of black metal with many Morricone Spaghetti Western tropes attached to it. Whilst this may be true, and honestly makes it even more fun to listen to, once you’re listening experience has surpassed the first few tracks on this album, it feels so much more immersive and powerful. From extreme instrumental song structures that uphold classic black metal tremolo guitars and volatile blast beats to the cinematic Western soundtracks that bring us closer to the epic battles undertaken on blood-soaked, Native American soil: what Vital Spirit have achieved here is an immense retelling of Western history that expresses true emotion, grief, and glory through meloncholic atmospheric textures.