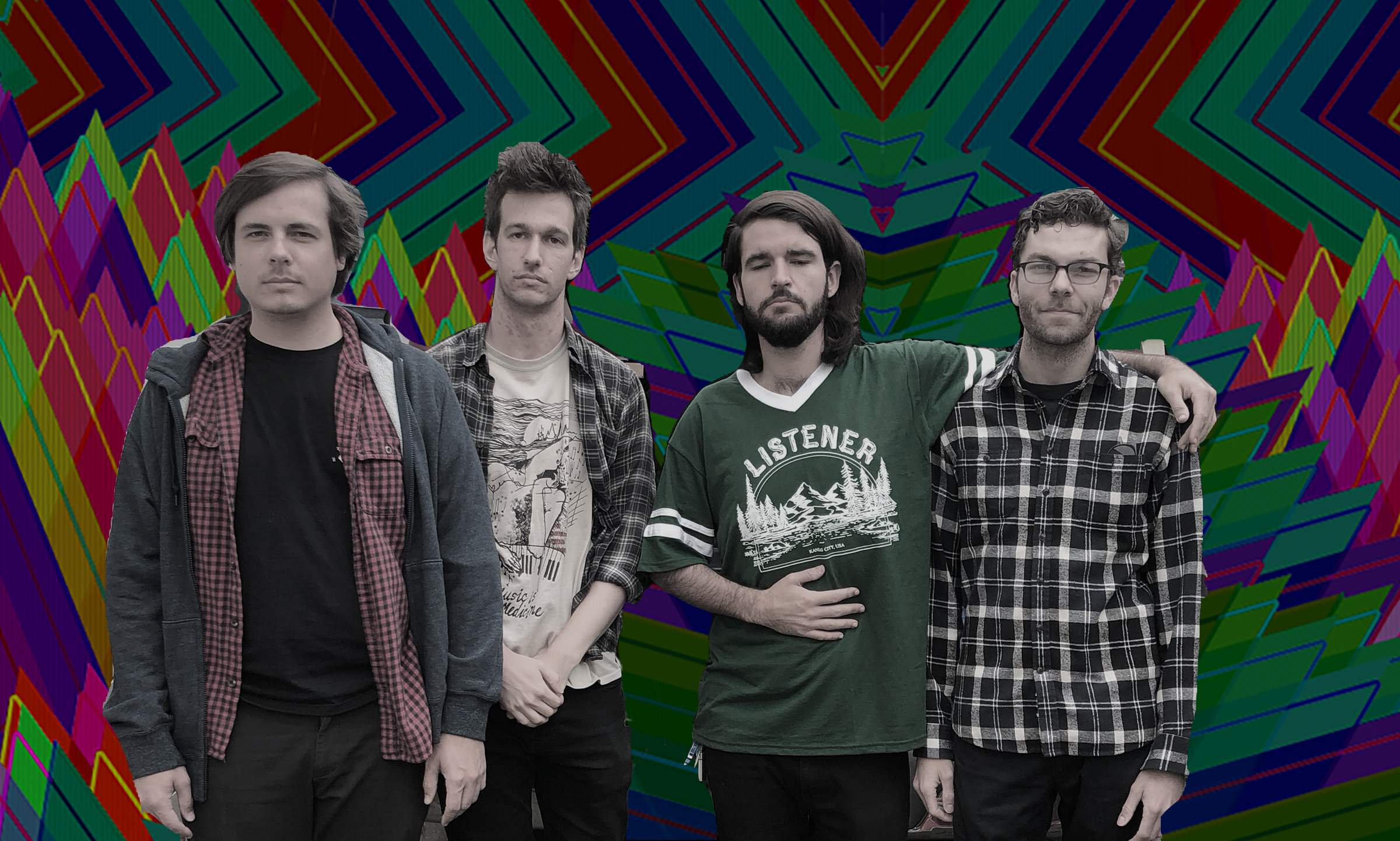 Vesper Sails – “On to the Moon”

By David RodriguezDecember 6, 2019 No Comments

Vesper Sails say goodbye, but not before reinforcing why they’re one of the most interesting things to happen to progressive music in the last few years. On to the Moon is complex and bittersweet, never losing its wistful charm.

I wasn’t ready for this album, but you’re rarely ever prepared for big changes in life.

First of all, it dropped out of nowhere. No teases or hints that I could see from Vesper Sails. Quietness for months on social media was sliced in half with an eruptive announcement on November 7 that the next week would bring their new album to the public. It was called On to the Moon, and it would be the most amazingly bittersweet album of 2019 for me.

Of course, I didn’t know that at the time – I just knew it would rule. If you’ve been with us for a couple years, you may recall that the San Francisco quartet were once a Weekly Featured Artist for us under our old name, It Djents. They were real nice dudes, eager to answer my questions and participate in what was still a rookie affair, seeing as it was my first year as a writer for our, or any, site. I had fallen in love with their lovely jazzy prog rock sound when they dropped Cheshire King in 2017, so I waited for more with bated breath.

I originally wanted this review to be out a lot sooner, closer to the release date, but I’m glad I waited because almost a week after launching On to the Moon, the band announced that it was time to say goodbye to Vesper Sails, ‘at least for now‘. It simply wasn’t realistic to formally stay together as a band with members moving away, engaged in other professional commitments (David plays bass with Covet for example, and I may as well also mention that singer Marshall and drummer Evan work together in the indie pop project, Brooks Park, and guitarist/multi-instrumentalist Ian is out here doing some impressive cinematic orchestral stuff under his own name). You know, life happened. It’s this reality that frames the music on this album well: equally bittersweet, rife with themes of letting go, acceptance, the burden of routine, isolation, and a lot more.

The only thing suitably predictable with Vesper Sails is how good they are. You can always count on them to create lush and quietly effervescent music, and that’s what we get with “Atom Bombs”. The tones of all elements of their music builds a tactile experience, being able to feel the snappiness of the drums, the guitars able to be as wispy as a light, brushing from someone’s clothing as they pass or energetically confident in their flourishes of sophisticated and clean noise. The vocals embody a similar range – almost whispered elegance that never loses audibility, or powerful projections that ensure the people in the back get the message that’s usually reserved for the hooks.

This continues on for the whole 26 minutes of the album, but with important, noteworthy distinctions to give each song its own prints. “Atom Bombs” is the pensive opener, “Empty Cups” takes a swig of the jazz progression Kool-Aid, while making room for some pop rock riffing and a burning solo at the end, and “Divers” elevates the album, with agile math rock-esque movements and a graceful mood that’s unique to it. All throughout, the commonality is a stark emotional thread that sews everything together. Although not nearly as sadness-baiting as Steven Wilson’s more popular work (be it solo or with Porcupine Tree), I get similar fulfillment from On to the Moon that I do from The Raven That Refused to Sing, or choice cuts from In Absentia.

Vesper Sails have a deft ability to relate to you, perhaps even inform your own moods and thoughts, and nowhere else is that more apparent than the lyrics. The desire for a ‘sequined face‘ mentioned in “Atom Bombs” relates to the battle with boredom, routine, or even depression, as referenced in “Empty Cups” with the lines: ‘how many times do I break?/burdened by the weight of another day/things can change/if I could just get out of bed.’ This same face is acknowledged again in “Divers”, though from the other side – ‘so maybe I will wake up to/your love, a little loose/with your shining sequined face/burned into my mind’.

On to the Moon reads like an escapist’s early-stage power fantasy, brimming with unfulfilled love, a desire for more in life, but ultimately lost to the regimented existence they live. The polite defiance of the album even takes refuge in imagining being abducted from earth in “Radiant Light Machines”: ‘they said, ‘there’s no way that you can come home again/how does that make you feel?’/I looked at the Earth and I waved goodbye/and cracked a smile‘.

All the way up until “Fences” captures a slow dance of unrequited love and managing emotional expectations between two people, On to the Moon is never insincere with its wishes. It can also function as a hell of a foreshadowing for the fate of the band. I think the events that have all unfolded in the last month with respect to the band were all quite deliberate; planned and executed well, however complicated it all must have felt. This album is a farewell, but not just from the band to fans. On to the Moon encourages you to process things mentally. It wants you to find the things that help you push through the tough times. It doesn’t wish for you to lose yourself in what’s expected of you. Vesper Sails say it’s not too late to find your light, and you’re inclined to believe them with all your being.

Surprising absolutely no one, least of all me, Vesper Sails accomplish something truly beautiful with this album. In just five songs, we get a fully-featured project with a lot to digest and talk about, yet it retains great accessibility, practically welcoming you with open arms and a nice mug of your favorite warm drink. On to the Moon is the delicate snowfall you watch out of your window, eyes tracing lines from flake to flake in midair, where getting lost in the moment is the only important thing. If this is goodbye, then it’s one well spent and one to remember. Thank you, Vesper Sails.