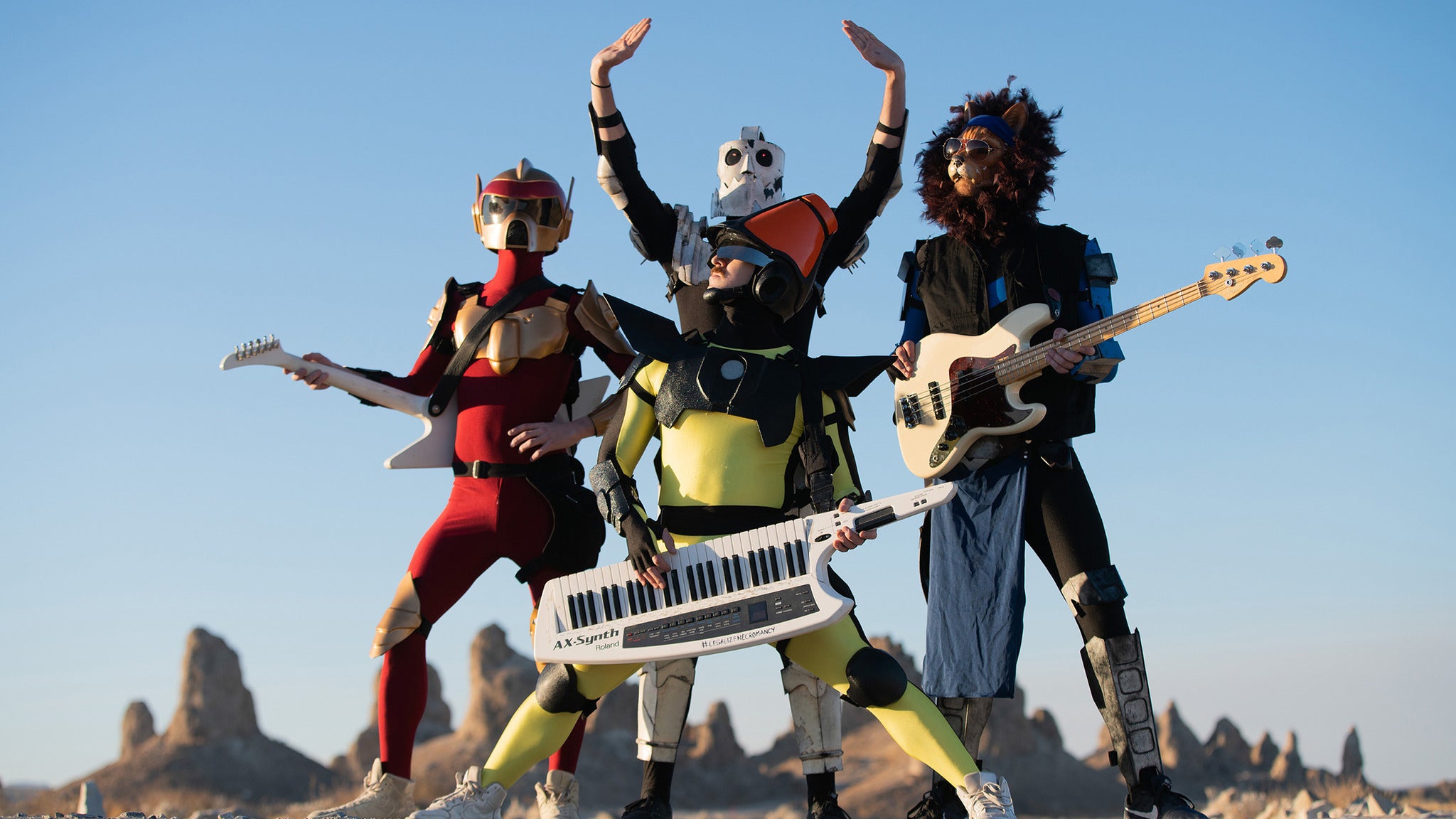 By David RodriguezDecember 16, 2021 No Comments

TWRP return with what is likely their best work yet – prepare to be funked, rocked, and feeling good with this late-year beacon of fun and light.

This is a new record, for me personally and possibly our site as a whole, though I have no easy way of confirming it. This article marks the fourth time I’ve reviewed a TWRP album – you’ll have to believe me, as my first review of 2018’s Together Through Time has been lost when we switched to our new name and site in mid-2018. The other two, though? Right here. I’ve liked each release from the Canadian disco rock/electrofunk/city pop group, some more than others, but New & Improved makes good on that name – at least the latter adjective – by being their tightest release so far.

It’s true – not much of what TWRP does here is new or even very different for them, but praise is due for how they executed it all. You get talk box vocals and keyboards from Doctor Sung, meaty bass from Commander Meouch, rousing and clean guitars from Lord Phobos, and Havve Hogan keeps the party absolutely intact with dynamic and crisp percussion and drums. Every song is tailor-made to make you move, uplifting in key ways without feeling hokey or trite.

Lead single “Bright Blue Sky” is one of their best singles yet, and a fine example of where the band is at these days. Supreme melodies abound as the group just… tells you how proud of you they are and not to give up when life gets you down. It’s so wholesome, and a theme that they employ often, but, especially after another damn hard year, this is the content we need. The video is a fun-ass time as well. You can tell TWRP is having the time of their lives performing – Doctor Sung even breaks out some nunchaku for some showy flair.

This is what you sign on for when you hit play on a TWRP album: a good time. Smooth grooves, lovely atmosphere that channels a bygone yet much appreciated era of ’80s city pop, and levity that I think we could all use. When I say all ten songs on New & Improved bring the heat, I mean it, though I do have my faves. “Superior Moves” has awesome keyboards and a groove that just entrenches itself in the track, and then your mind. The song is a bit on the sexier side, tonally speaking, as TWRP are wont to do, sounding velvety as a result.

As usual, the guests on this album came correct as well. “Planet Bass” is our (mostly) instrumental track of the album (aside from the intro song). Though we hear a British lilt in the announcer’s (pilot? Flight attendant?) voice as we approach the eponymous destination, we’re treated to some phenomenal bass work from Alex Moukala, an orchestral composer and producer who has a fair number of arrangements of popular movie and video game songs to his name. The way the synths and bass harmonize in the song’s midsection solo is literal ear candy. Further on, we get Starcadian guesting on “Polygon”, who provides some guitars and vocals. I’ve liked his stuff since Sunset Blood (though I just learned he apparently dropped a new album last month! *presses ‘add to queue’ button*), and he adds his signature altered voice and some guitars here, backed by TWRP throughout for a disco-imbued, fluttering track that hits on all levels. The chorus is absolutely infectious.

The best guest though? It’s Chris Hadfield, famed astronaut for the Canadian Space Agency, on “Re-Entry”. Like “Planet Bass”, there’s no sung vocals here (literally or figuratively), instead we get what I believe is an original monologue from Hadfield, who is a fan of TWRP, telling a truly awe-inspiring tale about space, recounting his experiences returning from the International Space Station on his third and final spaceflight mission. It’s a very lovely track – here’s a man who has done what so many of us wish we could do, even if for a short time and only for leisure; things that have inspired so much music, games, and media in general, and he’s talking about it with great passion and clarity over beautiful and lush instrumentation. There’s some tension to Hadfield’s story which the instrumentation matches a bit with sound effects and some heightened tones complete with trumpet and trombone to a neat, happy conclusion of returning home on solid ground.

New & Improved just feels adventurous in the greater catalog of TWRP, who have been doing this for almost 15 years now, and even within adjacent music. I think of how Daft Punk called it quits earlier this year, and while it wasn’t a complete surprise, it still left a void for a lot of us who grew up with them in some way. Who will lead us in the new era of electronic music? I won’t be so bold to suggest that TWRP could, or would even want to, shoulder such a weight, but they have undoubtedly been my go-to in this sonic realm for years. A direct comparison can’t and shouldn’t be made, but it’s disingenuous to not acknowledge the good they’ve given me in my life and continue to with ease on New & Improved.

I feel like there isn’t much me or anyone else can do or say to sell someone on TWRP that isn’t sold already, and that’s fine. In that sense, maybe this review was pointless, but I’m just glad I got to talk about a band that’s increasingly meaning more and more to me. I love their music! They have such a great vibe, capturing a sound that isn’t necessarily en vogue, but appreciated and nostalgic without falling into familiar traps. New & Improved is probably their best work yet and it makes me excited to see what they do next.

Tomasso Moretti – “Inside Out”