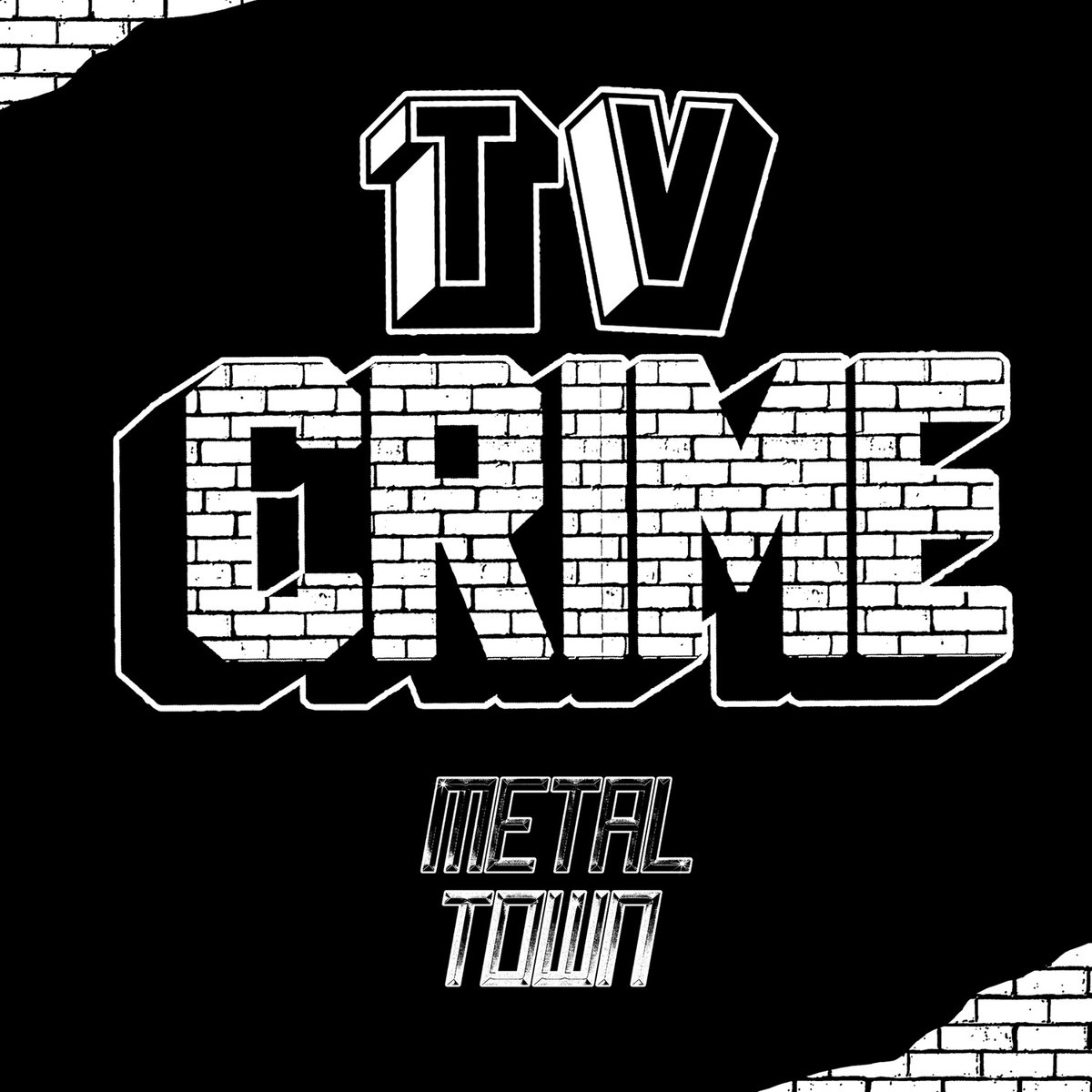 There’s a pub rock vibe to Metal Town, mixed with hard rock and a splash of new wave that imbues TV Crime’s music with an unbeatable good feeling.

They might have the name of a Black Sabbath song, but TV Crime sound nothing like the ‘Sab Four’. And despite having a record named Metal Town, they have nothing to do with metal either. If anything, they sound like Elvis Costello’s This Year Model era, only with brass knuckles instead of nerd glasses. At least there’s a clear aesthetic link, mostly in the way the words are said – kind of detached, filled with some contempt, but in a celebratory fashion. There is also clearly more glam and rock than new wave to be found, but that’s all very far from doing this band justice, as are most comparisons for any decent band. That’s why eastern philosophy strays from comparisons, instead working with opposites and balance.

So, in truth, TV Crime are probably the opposite of Costello back in the day; they certainly are in the antipodes of his modern-day output. They invoke that same urge to balance the hips and tap the foot, yes, but this record is so much more urgent and filled with unpredictability than anything Costello ever recorded. And rude. Then there are the things that bothered Costello back in his This Years Model era, especially being a geek that rode the London subway every day to work. Nothing TV Crime would be interested in – their reality is more about trips down to the gutter, along with songs about hooligans, going to a football match, or never having been in love.

There’s a hands down pub rock vibe in Metal Town, mixed with your typical hard rock (ah, those great guitar licks) and a splash of new wave that imbues TV Crime’s music with an unbeatable good feeling. It’s one of those records that give you instant joy and energy, sounding hard but not harsh. They’re not so much badasses as the fact of their badassery is a by-product of simply being cool. And cool they are, the same way that Thin Lizzy were cool without even trying. The kind of cool guys that didn’t need to pick fights everywhere – somehow, the fights seem to find them, and when they broke out, they were up for it, with happiness and ease. Not really riots, more like street brawls between working-class lads.

That is the main sentiment in Metal Town: right from the first song, you are eased into the record without even realizing it, immediately falling in love with it. From there, you just can’t help but listen to it over and over again, hoping to really get to know it, never really quenching the thirst. You’ll kind of wish you could live in it. It’s like that school villain – leather jacket and bike included – all the girls want to date and all the boys want to be.

TV Crime hail from Nottingham, and that seductive accent makes a concrete dent on their songs, turning them into an even more addictive and sugary type of music. After a couple of great 7-inches, the band finally put out a full record on Alien Snatch Records and made sure that the wait was worth it. Spoiler: it was. Metal Town should definitely be on the top ten of many ‘album of the year’ lists, at least for those who believe in such things as listed above. Even though it’s full of pop sensibility, the record’s coating is made of rock’n’roll from all walks of life, be it pub rock, punk rock or hard rock, combined in such a spontaneous way that it just feels natural. Sure, there are a lot of power pop references everywhere, but that’s a severe limitation for a band with such flair. Just make sure that you have your heart and ears open when you listen to TV Crime, because this isn’t just all aesthetics – there’s also a lot of emotion. This is music to lose weekends to, in the good way.