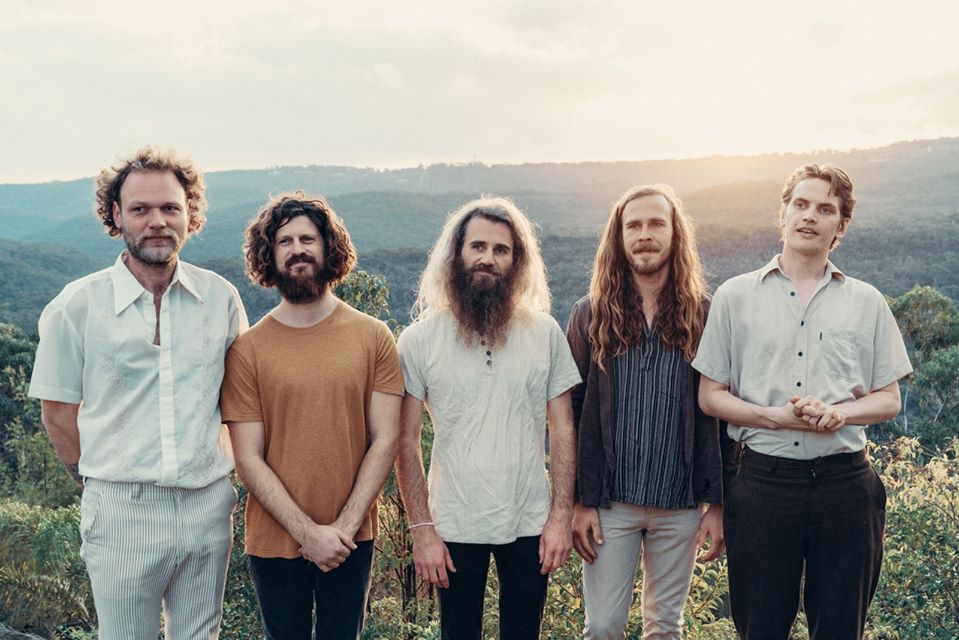 The essential psychedelic sound of the summer, Turtle Skull have come leaps and bounds in terms of sound design, songwriting, and charisma on their second album Monoliths.

Ever since reviewing their self-titled debut record Turtle Skull in 2018, I have been well and truly infatuated with the Australian band’s special blend of psych-rock and doom, aptly coined ‘flower doom’ by their own admission. Garnering hundreds of plays from me since, Turtle Skull is one of those records that I seek out when I want to destress from the fast-paced world around me and sink into auditory bliss. Returning with their new album Monoliths, Turtle Skull have gone above and beyond the sound palette they utilised on their first record, with complex yet organic song structures brought to life by trippy synths, mind-blowing contrasts, and poignant lyrical content that speaks to you in mantras.

Suffice to say that Monoliths joins the elite club at the top of my album of the year list. Pushing out to eight tracks this time around, the album has plenty of real estate to explore, seeing as the vibe certainly changes throughout the record. What do I mean by that? Well, I feel like the fuzz and doom is much more prevalent in the earlier stages of the album, with Turtle Skull going full-blown psych in the last few tracks of the record. I find myself sinking deeper into the mix as I go, yearning for more droney guitars, more mind-shattering synths, and more tantric vocal chants, all of which are being served aplenty.

The key thing that struck me to begin with, as I piled through the album opener “Leaves”, was how far they’d progressed with their sound over the last two years. Their first album can get quite samey, with all four tracks largely following the same song structure, levels of fuzz and synth, et cetera. There is always solace to be found in something familiar, which is why it worked as a four-track piece, but they obviously identified they needed to adapt the formula for the eight-track Monoliths, and they have done so with panache. What really strikes me about “Leaves” is that Turtle Skull also depart from the upbeat sound of their debut. The synths and guitar set a more sombre tone, one that is very in line with the lyrical content on the rest of the album. As the track draws its conclusions and its peak, the guitars and synths swell, cleverly dropping away altogether to come back for the great vocal hooks, making for one of my favourite moments on the album.

Lead single “Rabbit” is also an excellent song, and the accompanying video provides a nice insight into the relaxed recording process behind the album, but it is far too short for the number of quality ideas presented. The final chant at the end is massive; you can imagine the spectacle live would be even more impressive. Yet it is the next song, “Heartless Machine”, where I feel Turtle Skull have really hit their peak. What immediately hooked me was the vocal delivery and lyrical content – something that often does not hit me too hard, as I really struggle to understand 95% of lyrics. The deep critique of people’s obsession with technology hits home, the music complimenting the content perfectly with swirling synth layers and the eventual slowing of the drums and fuzz. This reminded me of the feeling when one is doomscrolling through social feeds, trying desperately to get a fix of dopamine instead of challenging yourself to find happiness in the real world.

“Why Do You Ask” is most reminiscent of their Turtle Skull sound, but I find the hooks are on a whole other level. After the first verses, the music breaks much harder than it did on their previous record, channelling more stoner rock into the song and giving you something to really bang your head to. The vocals remind me of surf rock and indie bands, employing short and catchy vocal hooks that keep you bobbing along as the fuzz bubbles in the background. Like “Rabbit”, it is a really accessible track for listeners from other genres but still ends up a lovely bit of psych-doom for their more metal-oriented fans.

Stepping away from the music, can we all stop and appreciate the gorgeous cover art for a moment? A real stand-out piece, this is a record I am dying to get on vinyl and display prominently. It reflects the full scope of the album’s sound – organic and relaxing. I’d then like to return to the music, but by looking at a different aspect: the mix. When having a re-listen, the one on Turtle Skull feels a lot closer and more compact, whilst on Monoliths, it feels like you are in a high-ceilinged auditorium or greenhouse full of plant and animal life, with breezes rippling through the mix. I’ve previously reviewed Zhaoze‘s album Birds Contending, which was recorded in a forest, and even that did not have the open soundscapes that Turtle Skull have managed to capture here. The magnitude of their work can really be felt in the ambient track “Halcyon”, another favourite of mine.

Drawing the album to a close are the two brilliant tracks “Apple Of Your Eye” and “The Clock Strikes Forever”. The former has some of the best synth work on the record, with the whole band jumping in during the recording process to create some of the most amazingly swirling layers. “The Clock Strikes Forever” is an impressively long song, even for this band, one that nevertheless manages to keep you hooked in thanks to the excellent guitar work, which blends simple riffs with magnificent fuzzy solos. Coming to this part of the review, I realise I haven’t really applauded the guitar effects enough, but the pedals these guys use create amazing layers that feel unique and not just straight out of your stoner rock scrapbook – they’ve worked hard for these individual sounds.

The album is a stunner to play in the sun of a glorious summer. I’ve cycled, exercised, walked, and baked in the heat to it numerous times, and for those about to hit summer down under, I’m certain these tracks will be your anthem for many months to come. Not only have Turtle Skull upped their game, but they have carved out a whole new niche for themselves. I hope for more ‘flower doom’ bands to emerge, inspired by this exceptionally exciting, relaxing, and lovely band. Their politics are right, their attitude to developing their sound is right, and I can only wish them all the very best with the release of Monoliths.