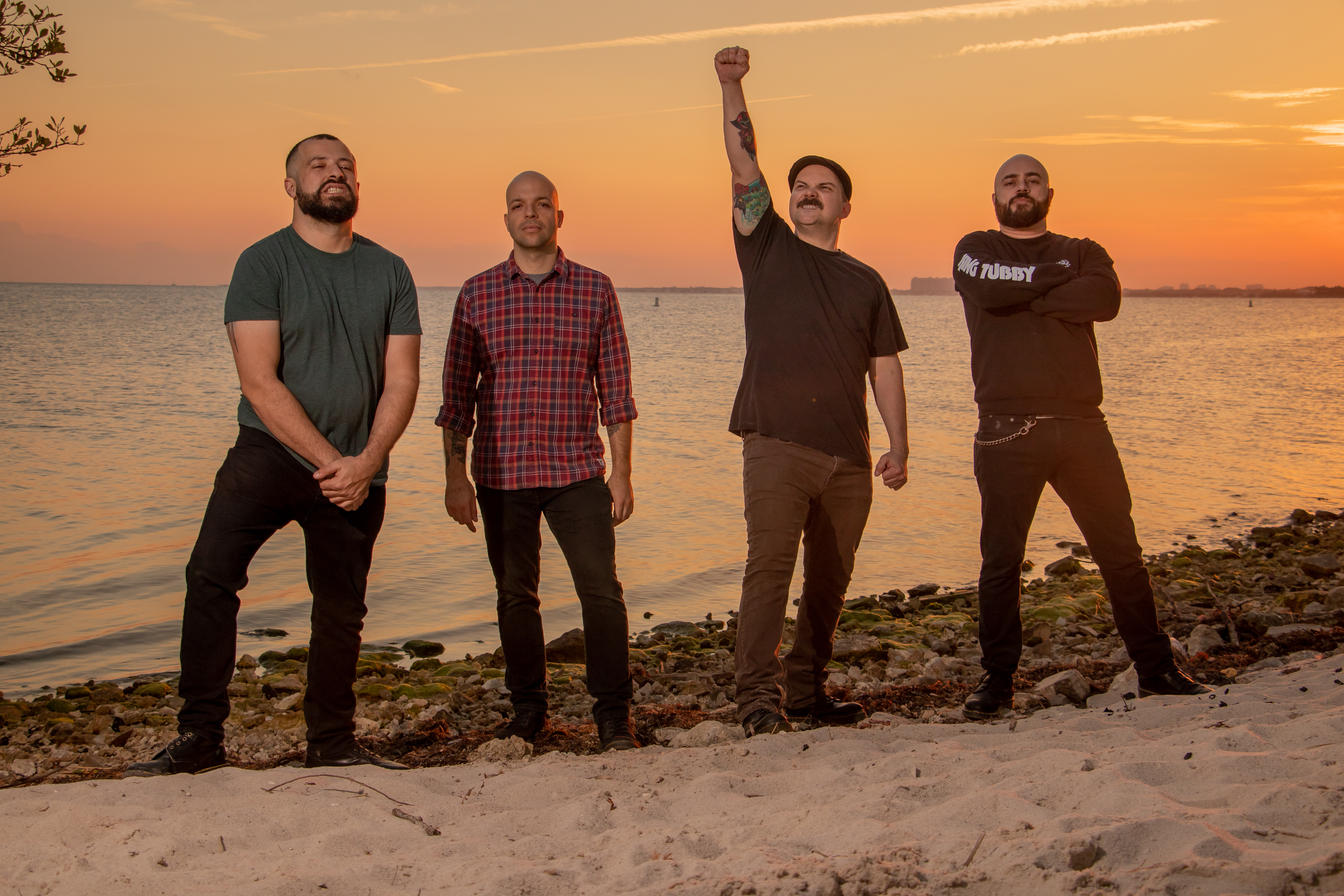 By David RodriguezJuly 5, 2019 No Comments

Torche scorch the sands with their catchy, deserty stoner metal in Admission, but leave room for atmospheric mindfulness to bolster their sound.

Sometimes all you need for the summer are some nice, sun-baked vibes to soundtrack your life. What better to do that than some sludgy, stoner metal with some spaciousness to it? Torche have always ridden this wave of nice groove that isn’t threatening or even particularly challenging, making the Florida-based band something easily digested and ready-made for either a fun adventure or a hypnosis session for you to think on life. If those two things seem quite disparate to you, well.. they are, but it goes to show the versatility of their music.

Torche are built for reflection. It helps that Admission is the band’s most personal outing yet, as if daring you to bare some of yourself just as they have, but their lyrical abstraction remains intact, ensuring that you always have something to interpret freely. What you do with this power is up to you! Is Torche great music for a jaunt up and down the west coast? Presumably – it’s what I think of when hearing the band. Is it cool chill-out music? Hell yeah. Its easy going energy and defiance in the face of genre-centric discussion makes for beautifully fleshed-out music that can accompany you in nearly any situation.

No matter what, Admission just has a real warm feeling about it. Guitars vibrate throughout each song, tempos varied to keep you guessing. Some combinations herein are liable to coax out mirages from the blistering heat generated, like on “Times Missing”, where the slow repetition of riffs bakes your mind into the entree of a seven-course meal. Elsewhere, like the speeding opener “From Here”, the mere friction from the quick instrumentation should stoke a fire under you.

There’s other ways this album is welcoming and introspective, some a bit new for Torche. The title track is a real spacey number, filling any leftover room in the mix with some shiny shoegaze-esque guitar work. It just begs the introspectiveness out of you and fosters a thoughtful tone that doesn’t sacrifice any of the heavy elements. It’s during these types of songs that you feel the urge to look within, to bask in the moment of what you’re doing. It’s almost meditative, just with crunchier riffs than any Enya song would provide. Back on the ground, melodies are still a little grimy as expected from sludgy desert metal. Even with these new angles from which to kick up dirt, I find that old habits die hard and I can’t help but love the groovier, heavier side of Torche more.

I mean, damn, can you even hear the riffs in “On the Wire” and not slowly nod your head? You can practically feel every strum of the guitar against your ears, and the way the vocals meter out in harmony with the guitar during the chorus is so tasty. Vocalist Steve Brooks says it best: ‘It gets so damn heavy on the mind/I can’t hold head up off the ground’. Though not quite as harmonious, “Submission” captures this groovy mood as well, with some simple melodies and mammoth vocal sound that soars above everything else. Bass buzzes audibly in the back during the second verse, showing some low-end love that stays with you long after you listen to it.

In the end, I found myself thinking of and humming a lot of melodies from Admission when I had no reason to be thinking of it. That’s ultimately what I’ve always gone to Torche for – catchiness and weight – and in that regard, this new album is no disappointment. I think the band delving deeper into what they want their music to be and imbuing it with a more personal feel did nothing but favors for their music, as it adds a new meaningful layer to their tunes, making stoner metal smart. I can’t promise a transcendental experience, but no matter how you choose to enjoy Admission, enjoy it you will.