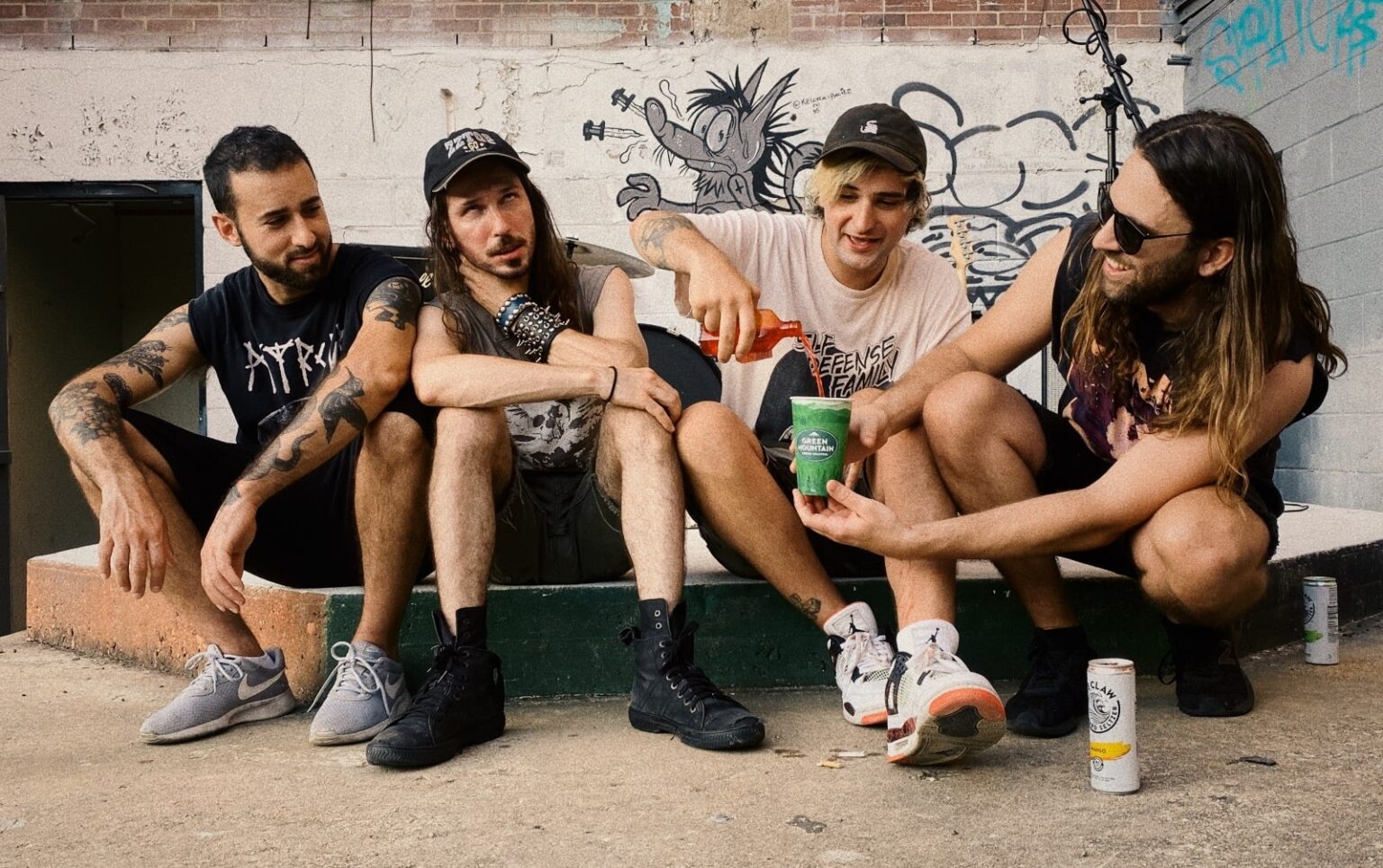 By David RodriguezFebruary 24, 2021 No Comments

You won’t feel any regret losing time with Timelost‘s Gushing Interest, a wonderful intersection of grunge rock and shoegaze that transcends the past it pays homage to.

Somewhere between the dense grunge of the ’90s and the dreamy shoegaze of… also the ’90s lie Timelost. Back in late 2019, I had the privilege of writing a premiere for their debut album, Don’t Remember Me For This, which I found to be a loveable, enriching listen with a rather unique sound. I was pretty eager to see where they’d go with it and, lo and behold, here comes the Philly band with an EP-sized record to satiate. I guess you could say my interest was gushing.

Hauling a metric ton of grungegaze, Timelost look back and forward at the same time. ’90s nostalgic hits of serotonin seem to be driving more and more music nowadays which is fine by me, but leave it to bands like this to mix it up and show restraint in their adaptation of the past. There’s genuine weight behind their music, utilizing hefty guitar tones and riffs to show off those tones, and full-bore emotion in the vocals that steers more toward realism than melodrama. Drums have punch as well.

On the other side, atmosphere is wielded like a flowing, colorful scarf in a dance performance, switching that heft in the guitar for reverb-dipped effects and a slower, more nuanced pace that allows everything to breath. Coupled with the vocals, which are always crisp and feather light, the mixture stays consistent and engaging, even as it combines two disparate noises into one harmony. For a visual metaphor, look no further than the cover art which exhibits some real daredevil shit with a person walking a tightrope with impeccable balance, seemingly in the clouds themselves. Harness or not, that’s a harrowing prospect – while grungegaze’s stakes are a lot lower than that, it doesn’t take away the daring nature of it as art.

Plus, they fit just fine into the manic restlessness of 2021. “Better Than Bedbugs” leads us off nicely with an impassioned, lamenting cry for help to be liberated from the truest prison most of us will be held back by in life: the hometown. Sure, you’ve probably heard a lot of songs about singers wishing, begging to leave their terrible-ass hometown, go out there and be somebody, see the world, and so on. Timelost take a well-worn trope and turn it on its head a bit, maybe even unintentionally.

Thanks to extended quarantine and travel restrictions, the lyrics ‘I’m obsessed with getting out‘ take on a new, permutated meaning. The following line ‘God, I hate this town‘ is just as indebted to that same trope before as it is a yearning for a change of scenery that looking out your window with wanderlust just can’t satisfy. Apologies if I got either of those lyrics wrong.

I should have led with the fact that there’s only six songs on here with one being a cover – keep in mind I said Gushing Interest is EP-sized. Each of them has a somewhat unique, prescribed mood. “Better Than Bedbugs” is marked by cabin fever, anxious from being trapped in one area for too long with built-up dreams and entropy. “Deep End of The Cut” is almost mournful with its guitar and bass hand-in-hand like two lovers soon to be separated (the lyrical refrain at the end of ‘I’ll never forget all the time we spent together‘ kind of solidifies this for me). “Alone, Clean, and Slow” is a self-confidence anthem, the band disclosing it’s about ‘curbing all your doubts and pushing through your fear of failure to create something you’re proud to show to the world.’ It’s a little morose, but ultimately carries a feeling of hope that pierces through doubt and fear courtesy of gradually elevating melodies.

Capping off the project is a cover of “Love My Way” by The Psychedelic Furs, a song I don’t think I was familiar with before, but since listening to it, I can see exactly why Timelost would cover it. It’s exactly their aesthetic – replace the marimba with lilted and gazey guitar, brush on the serene vocals offered throughout the rest of Gushing Interest, and this song is now their own just as every other original song of theirs is. It’s marvelous really – here’s a band that likely started with an idea to borrow from, tweak, and emulate music from the past, and while they have very much done that, it’s executed in such a way that still feels fresh and feeling. It’s disarming, knowledgeable of exactly what you need to hear to be at ease and all too happy to oblige.

Even as Timelost basks in more traditionally downtrodden sonics, Gushing Interest shows a lovely and genuine care. If you grade the band using their own theme as a rubric, it’s apparent that this record is the result of trying and trying again, perhaps further mentally marred by the shit trudge that was 2020, pushing through into the success of completion. If I have the capacity to not like my own writing after hours of typing, I can’t imagine what days, weeks, and months of work behind instruments and computers to form these songs from metaphorical clay must do to the mind, but the thought makes me appreciate efforts like this even more. If you empathize with that, you owe it to yourself to find time to connect with this music.