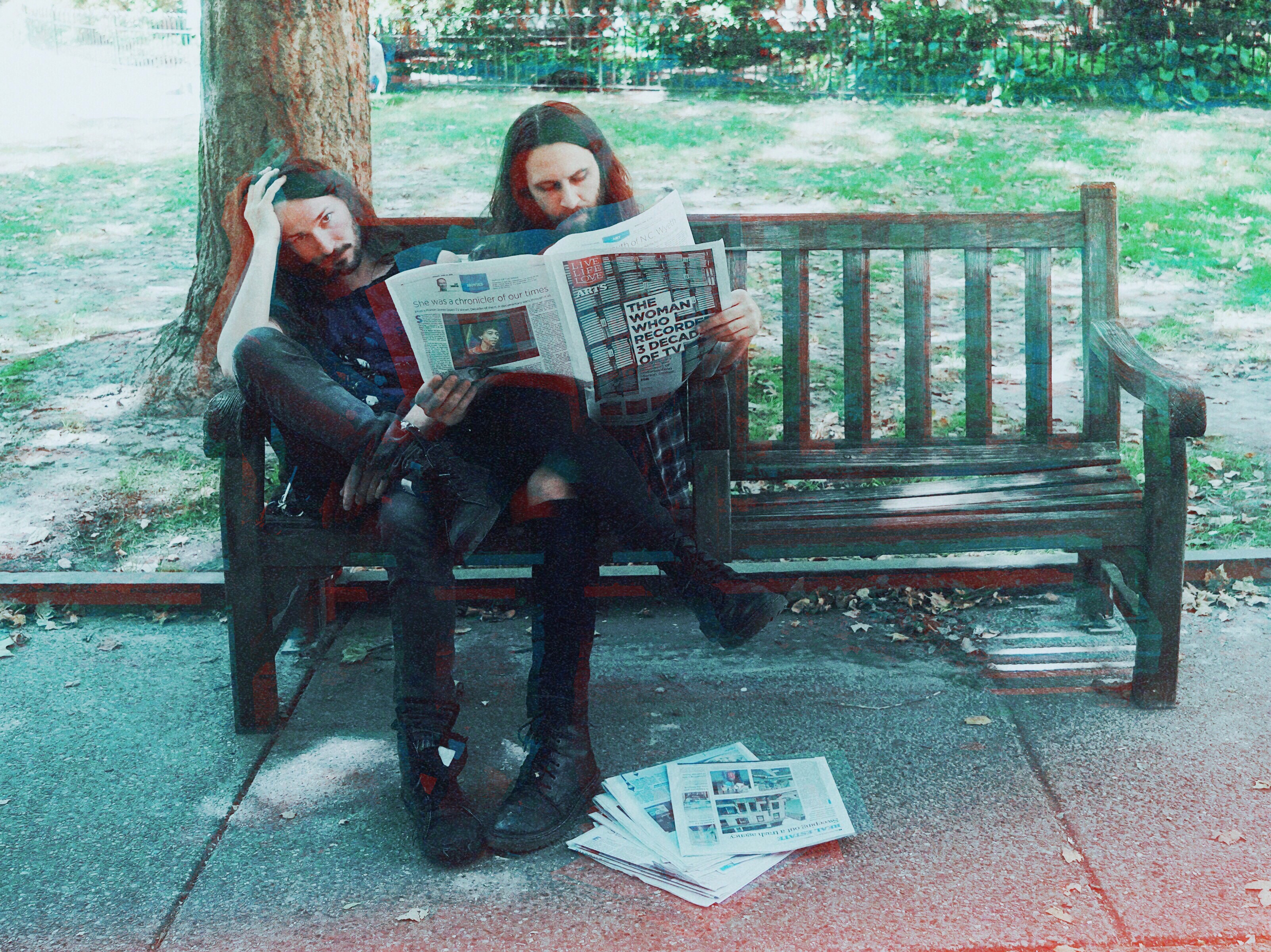 By David RodriguezOctober 21, 2019 No Comments

I’m sure it’s not news to anyone that’s been following Everything Is Noise for at least a couple months that genre isn’t exactly a huge consideration for us. Black metal? Got it. Jazz? Uh huh. Folk? Sure. Likewise, I personally always appreciate when a band does something new, cramming disparate sounds and approaches into one cohesive sound. Our band of focus today, Timelost, does just that to a wonderfully successful degree.

Timelost is a noisy, gritty rock duo with a dreamy shoegaze filter on it from Philly. As succinct as that description is, it still leaves a lot to be discovered within their sound. Consisting of multi instrumentalists Shane Handal (vocals, guitars, bass, and noise) and Grzesiek Czapla (drums, gong, tambourine, and also bass and noise), it’s clear from the first listen that there’s a lot going on here. Today, we’re lucky to be taking a look at their entire upcoming full-length album, Don’t Remember Me For This. It comes out Friday, October 25 on Golden Antenna Records, but you can hear the whole thing now, just as I have right now!

Timelost‘s flirting with styles is immediate. With shoegaze hands, they strum dense rock out of the guitars, pound punk rhythms out of the drums, and sing dreamily into the soundscape to wrap it all together. The drone of Handal’s vocals burrows into my head. There’s a grungy grit to everything – songs move both at an inhumanly accelerated pace and not at all as if frozen in time somehow. The lucidity of tracks like “Lysergic Days” and “Life Avoider” are palpable, even as the music itself drenches your vision in sepia like an antiquated photograph from long ago. Songs like “Heart Garbage” and “Closure Is Expensive” always got the drive to make you nod your head if you find yourself a little too spellbound by the lighter gazey tones elsewhere.

For me, and hopefully you, it’s easy to see that this band truly has an edge above others as they’ve crafted something that’s pretty different from their contemporaries. It reminds me of the first time I heard Astronoid, another ethereal genre-bending class act of heavy music that built something of their own from the ground up. I’m truly impressed with this album – it speaks to me in ways that a lot of music doesn’t, and as a curator and general sharer of great music, I implore you to see if it does anywhere near the same to you. Sorry to say, Timelost, contrary to your album’s title, I will remember you for this.

If you’re interested in losing some time with Timelost, give them a like on Facebook, a follow on Twitter, and another follow on Instagram. They’re pretty active on all platforms. Don’t Remember Me For This officially comes out on Friday, October 25 via Golden Antenna Records, which is good news for you because that means you can still preorder it here!