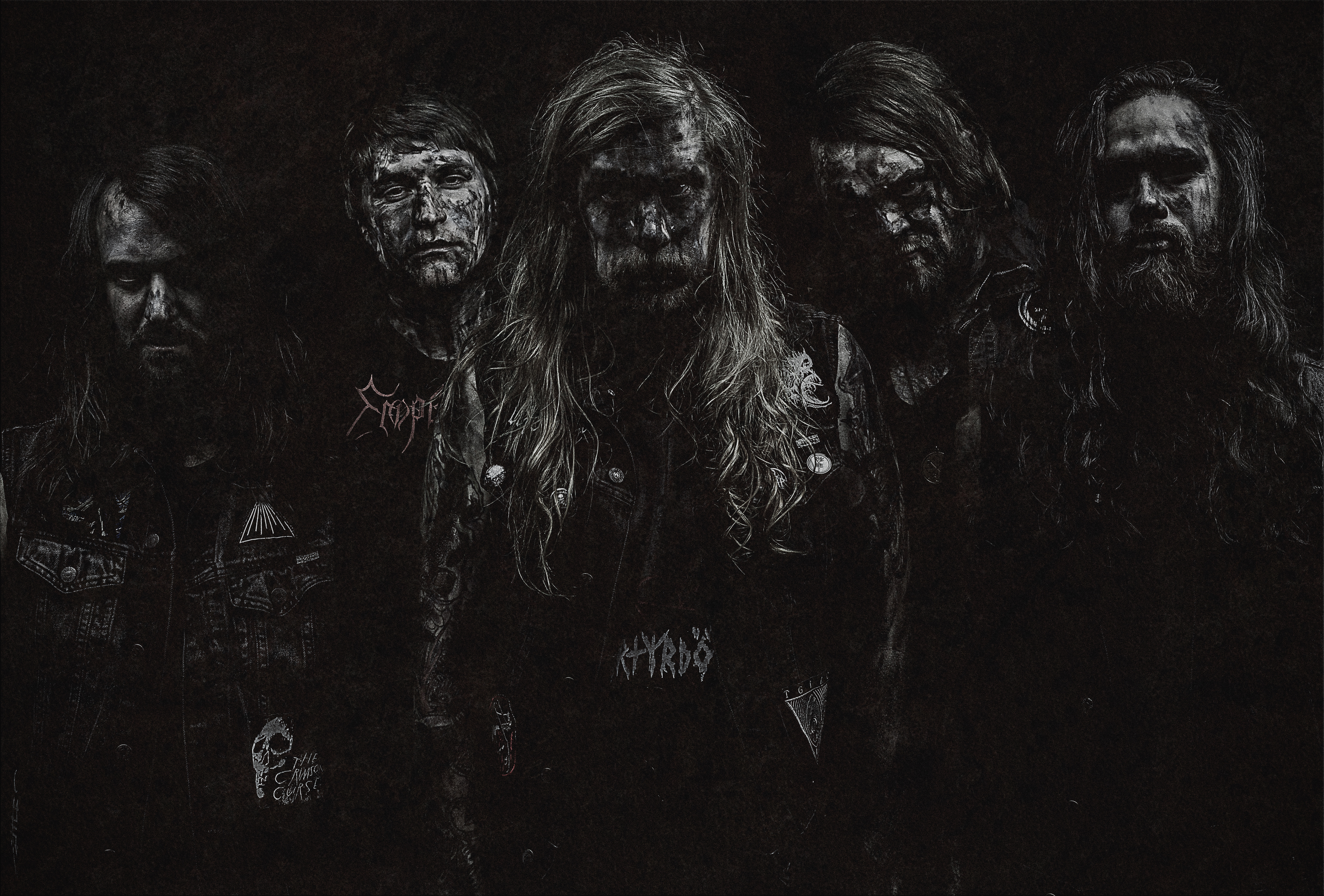 This Gift Is A Curse – “Throne Of Ash”

This Gift Is a Curse made one of the heaviest albums this year, containing some clever twists and unforgiving atmospheres like running broken glass straight into an amp on Throne Of Ash.

The recent pictures of the black hole were pretty impressive in my opinion. Now that we know what a black hole looks like, wouldn’t it make sense to know what it sounds like? Worry not though, as This Gift Is A Curse is about to unleash a supermassive album this June. Throne Of Ash is the title of this darker-than-black record and it will draw you in with its out-of-this-world density.

Throne Of Ash sees the band combining sludge, hardcore, and black metal to a singular entity, far beyond what my vocabulary is capable of describing. This isn’t your average, everyday heavy; this is advanced heaviness.

The intro track, “Haema” features completely destroyed drums and clawing feedback in its opening, giving you the feeling of a nightmarish soundscape unfolding in front of you. This is the soundtrack to a Silent Hill game that’s in nightmare mode all the time. The track ends with guitars muffled by reverb, drawing their sustain into the foggy distance like sirens, while screams are layered on top of each other. It for one establishes the atmosphere of the record, which can become quite versatile and smart, while also showing the listener the brutish, archaic nature of the record. Though I rarely like intro tracks, I have to applaud this one for its smart synopsis of elements that come as a surprise later on in the record.

Let’s skip a bit ahead and look at the song “Gate Dweller”. It begins as you would imagine from this record. Blast beats run galore while the guitars and bass thrash away at their instruments, the dissonance of the chords biting further and further into your eardrums. Lo-fi screaming vocals are the only solution for breaking through the immense wall of noise this track holds. After about three minutes this leviathan of a song falls into trance, going into an arpeggiated section, playfully switching between hopeful melody, sending rays through the darkness and cutthroat dissonances, pulling you right back in.

After that we move onto “Monuments For Dead Gods”, which presents itself as one of their more experimental tracks, going from doomy tempos, over noise rock atmospheres to many rhythmic changes that keep the listener on the edge of their seat. While I do like that the band keeps a monotone rhythm most of the time to set this glacial, trance-inducing slowness against the violent backdrop, I enjoyed the switch up and found a lot of new anticipation for the rest of the record after listening to this track.

Lastly, we have “Wolvking”, which was the crown on the entity that sat on this Throne Of Ash. Starting with a collage of noises and feedback and then jumping into the thrashy, tremolo picked madness you can expect from this band, “Wolvking” feels a lot more manic and riffy than the rest of the record. In the middle section, rhythmic chugging lead into spastic breakdowns, where glistening natural harmonies underline the insanity of this section. On the last minute sprint, the band changes things up by putting a good amount of reverbs on the guitars and going into an atmospheric black metal homage that would make the must purist black metal fan fall in love with them.

This Gift Is A Curse have created Pandoras Box in an audio file. This is the most vile, heavy, and hateful music I have heard in the last few years and I loved every second of it. The raw authenticity of the band, complemented by a few smart songwriting cues has made this a must for every fan of blackened music.