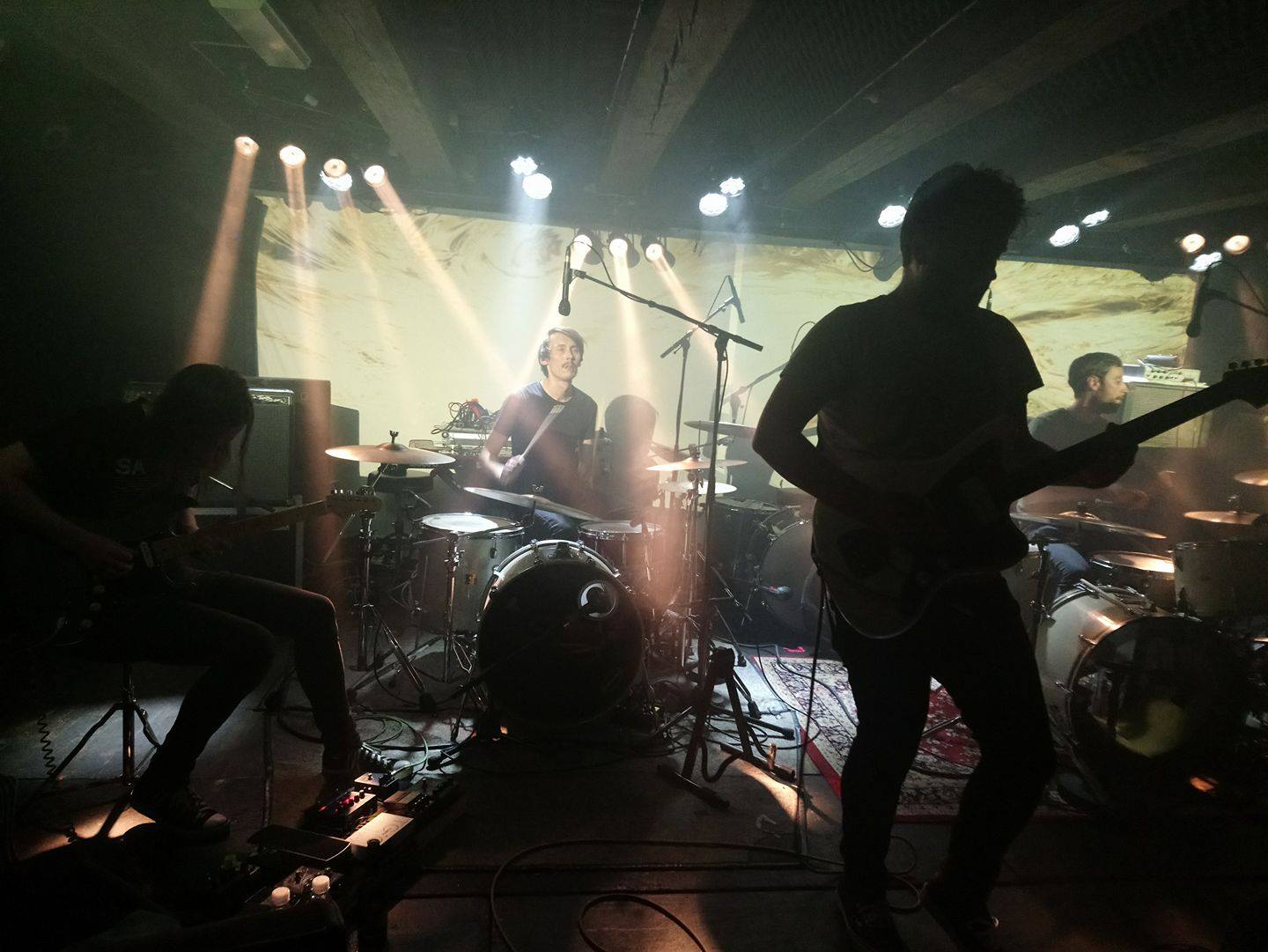 The Shaking Sensations – “How Are We to Fight the Blight?”

By Scott DemersSeptember 30, 2019 No Comments

The Shaking Sensations tap into life’s experiences and show us how it framed them with their dream-like post-rock venture How Are We to Fight the Blight?.

How Are We to Fight the Blight? is the epitome of great instrumental post-rock in my eyes. It has all the essentials: effect-laden guitars, driving bass, and intense drumming. And even more importantly, the songs themselves take you on a journey through dynamic structures by reaching huge sonic highs and reverb-dripped lows, always encompassing a certain grandeur. Unlike a lot of other similar bands, which just leave me zoned out and lost in my own mind, The Shaking Sensations really kept my attention, and had me hooked through the entirety of their new record.

I may have come off a bit strong there, so let’s take it back a notch and get into How Are We to Fight the Blight? itself. This is The Shaking Sensations‘ first release since 2013, after the band took a bit of a break to live their regular lives outside of music. This album is them coming back together to echo all of the things they have learned so far on the journey that is existence. That’s why you can hear sombre moments, dreamy passages, and huge grandiose highs all in the span of a few minutes. This record is able to hold up a mirror to reflect the experiences held by people in general, not just the band members.

One of the many aspects which stood out to me during my many listens is how The Shaking Sensations are able to blend an indie/dream pop sound with something that wouldn’t feel too out of place on a Cult of Luna album. This is not entirely by accident, because the album was produced by Magnus Lindberg of said Cult of Luna fame. The balance of the light and airy elements mixed with the dark and heavy ones is definitely one of the main highlights; the ability of both band and producer in achieving this is something to take note of.

One of the first things to pop out on “Tremendous Efforts” is the quick drumming pattern, until we reach a pause and everything else comes into play. A very dreamy guitar lead mixes with a fast-paced drum riff, which feels so damn smooth! The sensations (heh) brought forth within “Tremendous Efforts” shows that a lot of effort (double heh) went into crafting this experience. This track builds off the dream-like vibes by adding a few extra guitar licks until things get darker and the distortion begins. Here the drums slow down, and there’s really nothing to do but to nod along as the intensity slowly rises but somehow also maintains itself.

There is a seamless transition from “Tremendous Efforts” into the next venture, ”The Frailness of Your Stem”, despite the former ending in a more metal-leaning tone and the latter starting off as quite the opposite, incorporating a very sleepy and mellow resonance. The contrast is there, yet it seems like there was actually nowhere else to go. This song really does feel frail, almost as if exhaling a little too deeply will have all of it come crashing down. The Shaking Sensations have skilfully managed to create these dynamically scoped songs which follow their own personal take on life and thus communicating their own conceptualized thoughts through How Are We to Fight the Blight?. It makes the time they took to step back from music have a real impact because of how much they were able to experience and grow as people and thus as musicians.

Next up for me to discuss is “Sightings”, which incorporates an indie-style drumming situation, a sound we’re all familiar with. Once again we are led back to an airy quality once the introduction moves aside for the rest of the track. I constantly find my eyes closed when listening to this track, and I drift in and out of my conscious and subconscious within the sounds as I take it all in. There are some synthy stringed elements quietly placed behind the tracks, subtly adding to the effect of dream life mixing with real life. Of course, we are talking about post-rock here, so there comes a point where the pacing picks up and we are left racing after the crescendo. But the journey to get to the emotional break is where The Shaking Sensations really shine.

How Are We to Fight the Blight? is an incredible venture into post-rock, but just like life itself, it isn’t perfect. It has the tropes we often associate with any kind of post music, like the way songs always build in intensity and the guitars are consistently riddled with reverb. This album also has the potential to become background music if you don’t place your undivided attention on it, which does get difficult to do with the over 55 minutes of runtime. Of course, many of you – myself included – don’t necessarily see these things as negatives, but rather as the opposite.

The Shaking Sensations delivered a massive record that allowed me to slow down and indulge in a meditative vibe, but also an emotional one. The dreaminess, combined with the heavy moments, is such a well-balanced mixture that it quickly left me starved for more. As much as I’d rather they don’t take another six years to craft their next piece, I actually hope they do, because they have an uncanny ability to take life and craft it into something beautiful.