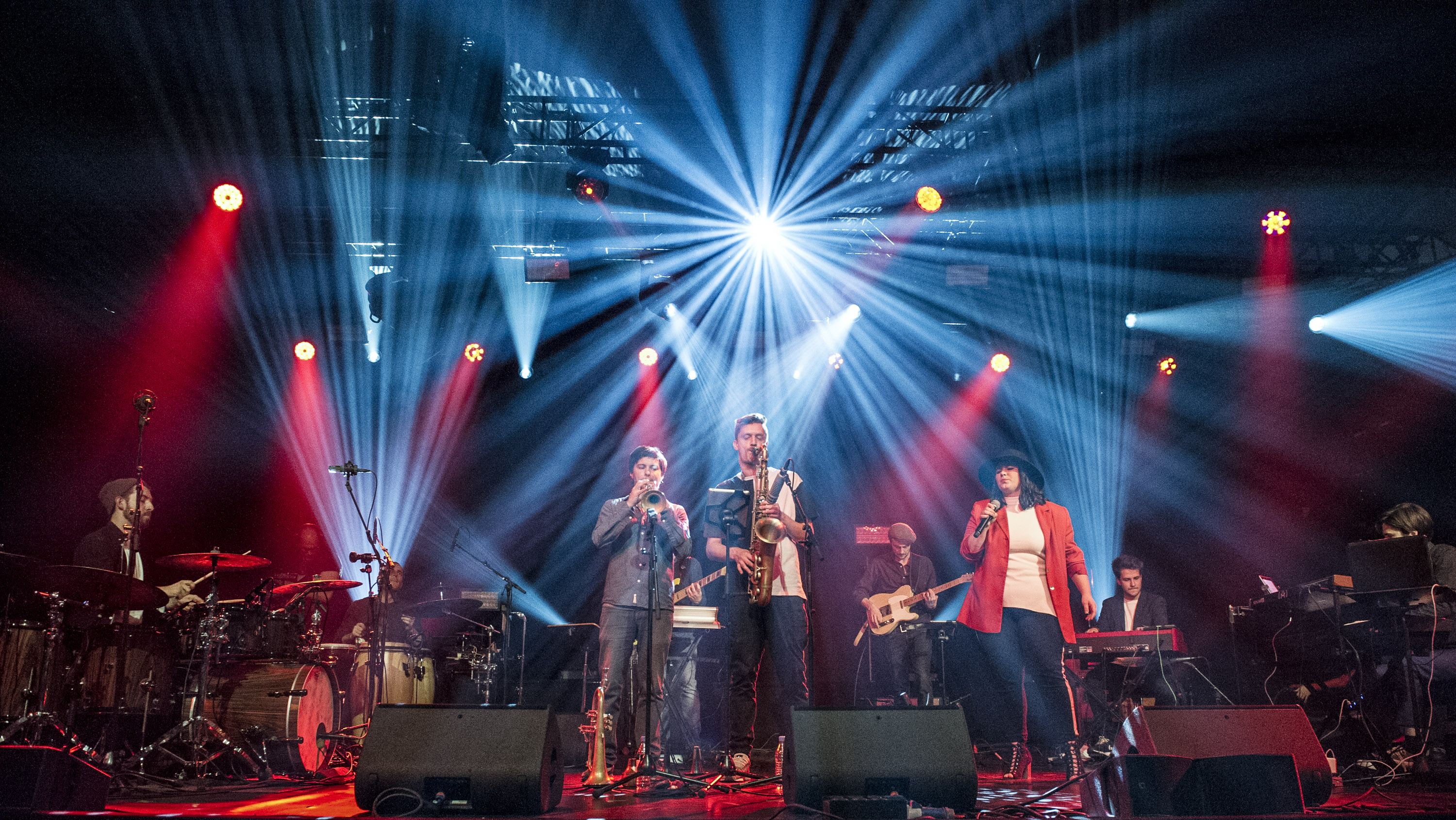 By Pete OverellSeptember 29, 2019 No Comments

NuHussel Orchestra is a fusion band you must wrap your ears around this autumn – the beats from their new album The Forest are certain to brighten your day.

Every now and then a fusion band comes along that really captures you, and NuHussel Orchestra manage to do just that. Right from the very first moment the horns kick in, their new album The Forest is memorable and exciting. The Hamburg, Germany-based collective is comprised of seven core members, with a further thirty-one artists joining them on a record that never ceases to take you on a journey. They have a very vanilla fusion sound, never straying too far from the beaten path, making this a great record for parties, work, or exercise.

One of the most striking features of the album is its introduction. You wouldn’t have guessed it, but “Overture” is all strings, with beautiful yet melancholic melodies playing out for the listener. Until you make it through the track and into “Orange Sand”, that is; here the strings fall away like a curtain, and your mind explodes as the seven-piece fusion band kicks into action. They open with a popping beat, introducing each key instrument whilst maintaining a delicious funk. Wild synths then up the tempo before yet again, the band takes you on another genre bending twist. You’ll be greeted by a salsa beat, mainlined into your system by exceptional percussion and cool guitars.

Whilst “Orange Sand” is very jazz- and funk-oriented, “Phoenix” allows the band to show off their rock and blues side more, with great guitar tones being used alongside the horns, in a way that reminded me fondly of Aberdeen and, of course, the modern masters of jazz fusion, Snarky Puppy. The song is one of many pushing over six minutes, and you stay transfixed to the beats the whole way through. NuHussel Orchestra have a knack for weaving instric motifs into their songs, which suddenly reappear despite the music racing off in another direct altogether. Who doesn’t love great songwriting?

However, some tracks don’t engage my senses as much, such as the fourth track “Overwhelmed”. The guest vocals from Alana Alexander are wonderful, yet at times the mixture can sound just a little too Disney, a sentiment echoed even by my partner and others. Hell, they might well have meant for it to be that way; however, it feels out of place, especially as you move onto the trippy and really enjoyable title track “The Forest”. This track truly lets you wander through its intriguing movements. Closing your eyes, you are almost transported to a magical world where it feels like all thirty-eight artists are playing to you (and only you) at once.

The following track continues to supply bundles of energy to the listener, this time accompanied by a brilliant German rap performance from Nico Suave. This feature really ties the song together, helping it stand out as the most unique track of the album. There are some great solos by the synths and guitars too – truly a track for everyone! “Jamboree” is another stand-out moment on the album, escalating from a trippy electronic track that could easily be a soundtrack for a sci-fi movie or an intense drama into a full-blown jazz session. Deep horns are the platform from which the bongos, flutes, percussion, and all kinds of other instruments take flight, before esclating further into a massive chorus. Here, strings, horns, organs, and guitars take command and lead this crazy number to its end.

At nearly an hour, NuHussel Orchestra sure have packed a load of quality content into their latest record. The album has been a great companion over the summer, and it’s certainly going to keep you company over the coming autumn as well. The Forest is great for long walks, or for throwing it on whilst you cook a meal, but most importantly, you should make sure to enjoy it at a party or drinks night. It’s fun for everyone, and the production ensures that the sound pours into you smoothly.

The Forest is so varied that it makes it hard to really think of where I’d love the group to go next, but one thing they should work on is motifs that really stick with you. While they are enjoyable, after the scale of music you listen to the album can leave you oversaturated and unable to process some of the earlier motifs as easily as some shorter records, like Harmony Of Difference by Kamasi Washington. By making the motifs less complex and more instantly endearing, they might have unlocked the album for even more listeners. For the real jazz afficinados, this is going to go down a treat. Make sure to give NuHussel Orchestra a spin, and be certain to look over their previous material too.