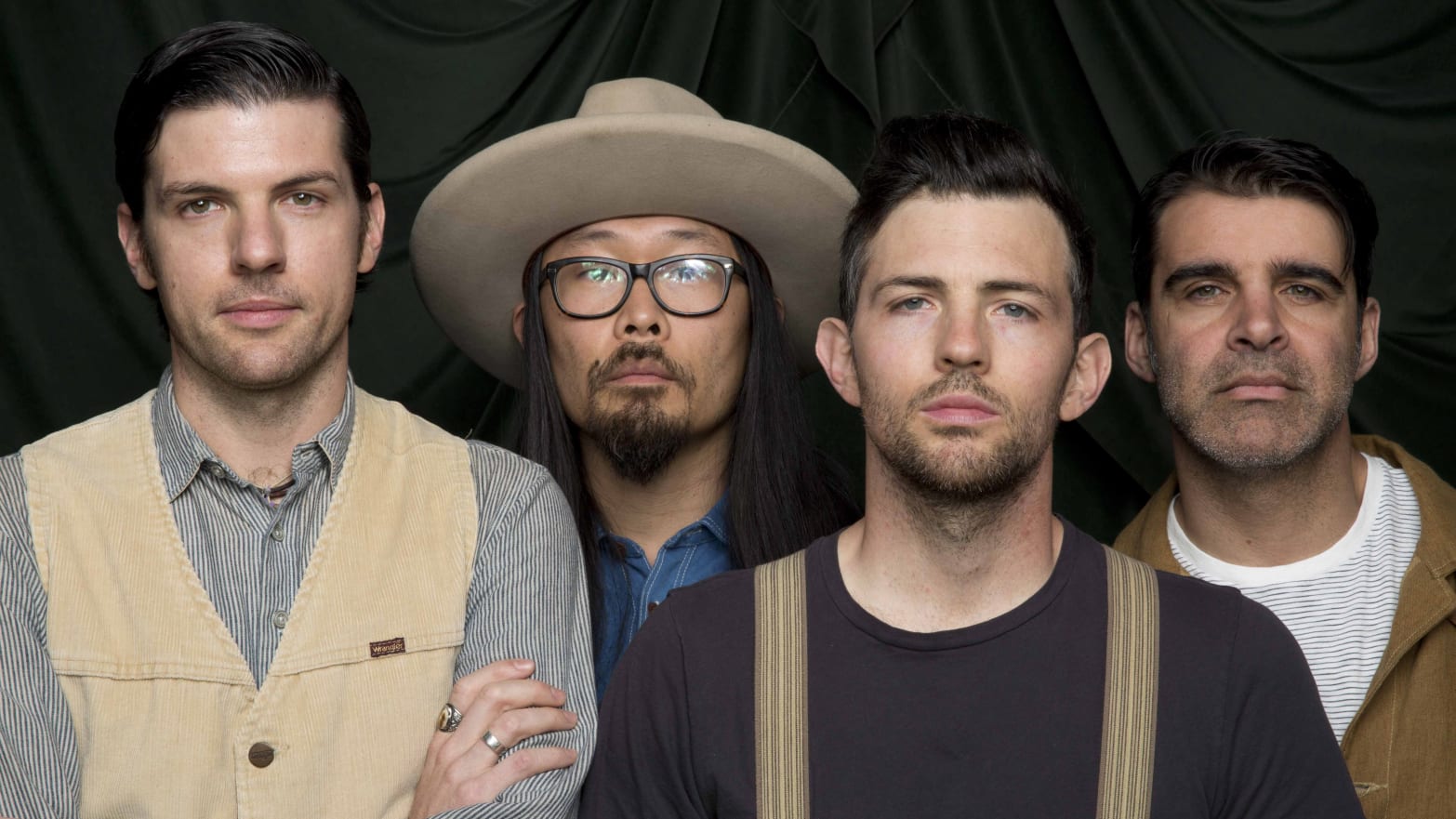 A SCENE IN RETROSPECT: The Avett Brothers – “I And Love And You”

By Dominik BöhmerSeptember 28, 2019 No Comments

This is one of those episodes of A Scene In Retrospect that can be seen a flagship examples for why we at Everything Is Noise had to free ourselves from the arbitrary constraints of genre restrictions. Without that move, this particular road of nostalgia would’ve surely been left untraveled, and what a shame it would’ve been! Today’s object of scrutiny comes right from the heart of modern American folk music: I And Love And You by The Avett Brothers. Read on to find out what our editors Jake and David, as well as staff writer Faisal have to say about this surprising entry to the feature.

This is the ASIR that I have been waiting for, for a very long time. I’m pretty ecstatic that I get to write about one of my favorite musical acts from a genre that we don’t cover a lot here at Everything Is Noise: American folk. Well, in the case of The Avett Brothers, it’s more folk/rock, but the point stands. I And Love And You is the album that introduced me to the band, and my introduction was at a bit of a transitional point in the career of these musicians. Officially forming in 2000, this was their major label debut, and it was produced by the seemingly omnipresent Rick Rubin. This partnership and move to a more mainstream posture was met with some criticism by longtime fans of the band, who thought this move was a sellout from their humble North Carolina roots. While I understand how this sentiment can come about, the worry was unfounded.

Beginning with the title track with its wistful message and mellow melody, the purity of the Americana ethos is firmly in place. Lamenting of wasted time, unrequited love, and wondering what could have been are emotions explored through plain yet poetic language. As is often the case with folk, the instrumentation is the foundation for the message. While never becoming the centerpiece, the piano, violin, organ, banjo, and more aptly underpin what’s going on in every song. “Head Full Of Doubt/Road Full Of Promise” is probably my favorite song by The Avett Brothers. The bombastic chorus and insightful lyrical quips (‘Decide what to be and go be it’) and some of the strongest melodic hooks make this one of the songs that I come back to again and again.

The rustic “Laundry Room”, upbeat rock tunes “Kickdrum Heart” and “Slight Figure Of Speech”, and ballads such as “Incomplete And Insecure” make for a diverse record to listen through. It also goes to show the diversity and flexibility in the approach The Avett Brothers choose to employ. There’s a warmth to each track with the homespun vocals and relatively loose production style. Contrasting with this is the potent lyricism that feels like a slightly elevated conversation but never veers into pretense. If there was ever an album that I would use to introduce someone to this band or folk rock in general, it would most assuredly by I And Love And You.

As a child I was raised in the Southwestern United States. The impact of those formative years still resonates in my daily experiences in ways that are often unexpected. Most recently, these early memories surfaced upon being introduced to the star of this episode of ASIR: I And Love And You by The Avett Brothers.

I’d never heard of The Avett Brothers before signing up for this feature. Taking a brief look at their history – as well as the genre tags usually associated with them – I figured they’d be standard pre-2010’s indie-folk. I expected Mumford and Sons; the reality was quite different.

With the opening keys of the title track, I was stunned by the clarity of sound coming at me. It wasn’t bogged down by any of the washed-out, earthy tones that can sometimes be the bane of indie music. As the record unfolded, I discovered it was folksy, yes, but in a way that evoked American roots music rather than generic banjo whinging. Despite its sorrowful tone, it sounded big enough to fill a stadium. Wondering who produced this, I remember pausing midway through the opening track to look it up. I was shocked to discover it was none other than legend Rick Rubin. All my preconceived notions had been subverted.

As the record progressed, the sense of surprise only deepened, as my mind kept wandering back to my childhood in the desert. Something about the strings on “Head Full Of Doubt/Road Full Of Promise” brought back images of small county fairs in sweltering heat. The melodies in “Ten Thousand Words” recalled snowfall across landscapes usually characterized by sand and shrubs. In flashes I saw saguaro cactuses and cattle skulls.

Yet another blast from the past came to mind while listening, one far removed from the American Southwest. Tracks like “The Perfect Space”, with its sharp turn into upbeat piano-rock swagger, reminded me of one of my favorite childhood albums: 2003’s Escapology by Robbie Williams. It may seem like a strange association to make, but if you take the time to check both out, you’ll be startled by the similarities.

I can’t say I loved this album. It’s too far outside the perimeters of my tastes to ever be a favorite. It was, however, a truly pleasant surprise, and a joyful flashback to unburdened days, so I highly recommend giving it a spin.

I like my folk like I like my olives – tucked into something else tasty so I don’t have to explicitly combat the taste of it alone. I’m quite capable of enjoying folk music, but going in raw never really appealed to me. I definitely have biases and preconceived notions about what folk is, or maybe they’re more accurately notions about what folk isn’t, and I always think it isn’t for me. Still, I try new stuff, because I’m an adult and I’m also curious by nature, so… here we are. Staring the acclaimed major label debut album of North Carolina’s The Avett Brothers dead in the face.

I and Love and You is a weird title that’s even harder to say out loud that it is to type, but it all makes sense by the first track. Throughout the album, you get the sense that this is music by people that somehow aren’t totally jaded by reality, or perhaps just fake it very well. Love is mused upon a number of times, handled with a twinkle in the eyes of the songwriters. For example, “January Wedding” is about a love against all odds, embracing each other no matter what uncertainty you’re faced with.

“The Perfect Space” is a wonderful big boy anthem that speaks to me with verses like:

#BigMood, am I right? This song starts slow and unassuming enough, but erupts into a bouncy joyride halfway through, complete with a couple throaty screams to punctuate a couple lines! I’m a little more partial to that and tracks like “Kick Drum Heart”, which is a real upbeat number. Jaunty piano, faster-paced drums, and the bright, youthful feel are impossible to hate. Throw in other delights like “Tin Man” and “Slight Figure of Speech”, and it’s an enjoyable time altogether.

Am I a folk lord now? Not by a country mile, but explorations into unfamiliar territory take a long time before you’re able to plant that first flag. The Avett Brothers deserve a fair chance because their music is full of heart. It’s vulnerable, candid, but knows when to cut it up to keep your attention. Perhaps if I can find more stuff like this, I can say that I haven’t yee’d my last haw.

And that, ladies and gentlemen, brings us to the end of today’s episode of A Scene In Retrospect! Thanks for lending us your ears (or rather eyes) for a little while. While I’ve got you here, why not leave your own thoughts on/experiences with this band and album in the comments? Be sure to come back fourteen days from now for another trip down memory lane.

A Scene In RetrospectAmericanaFolkfolk rockI And Love And YouThe Avett Brothers 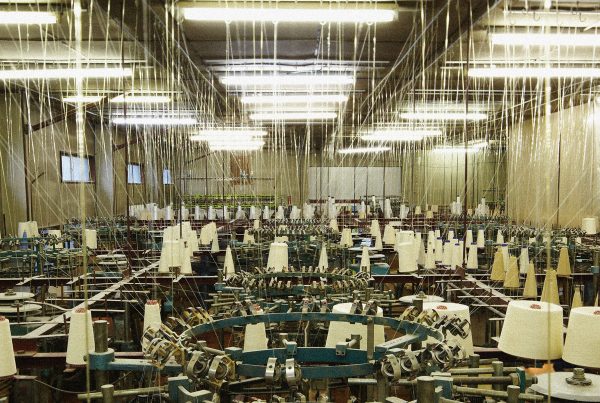 A SCENE IN RETROSPECT: toe – “For Long Tomorrow” 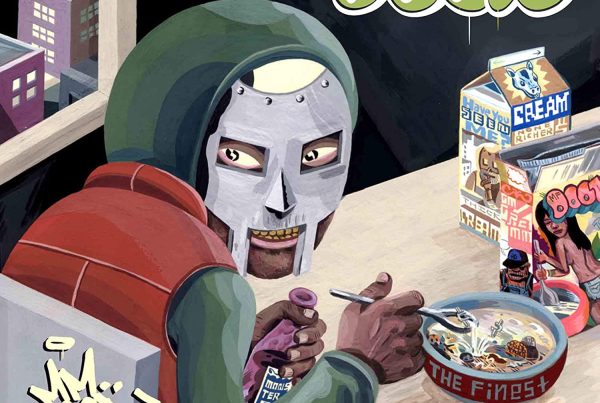 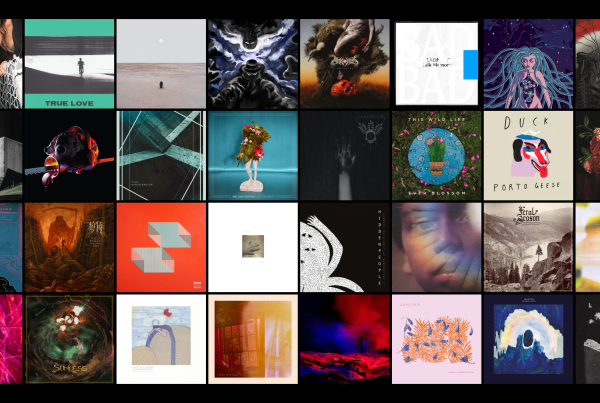