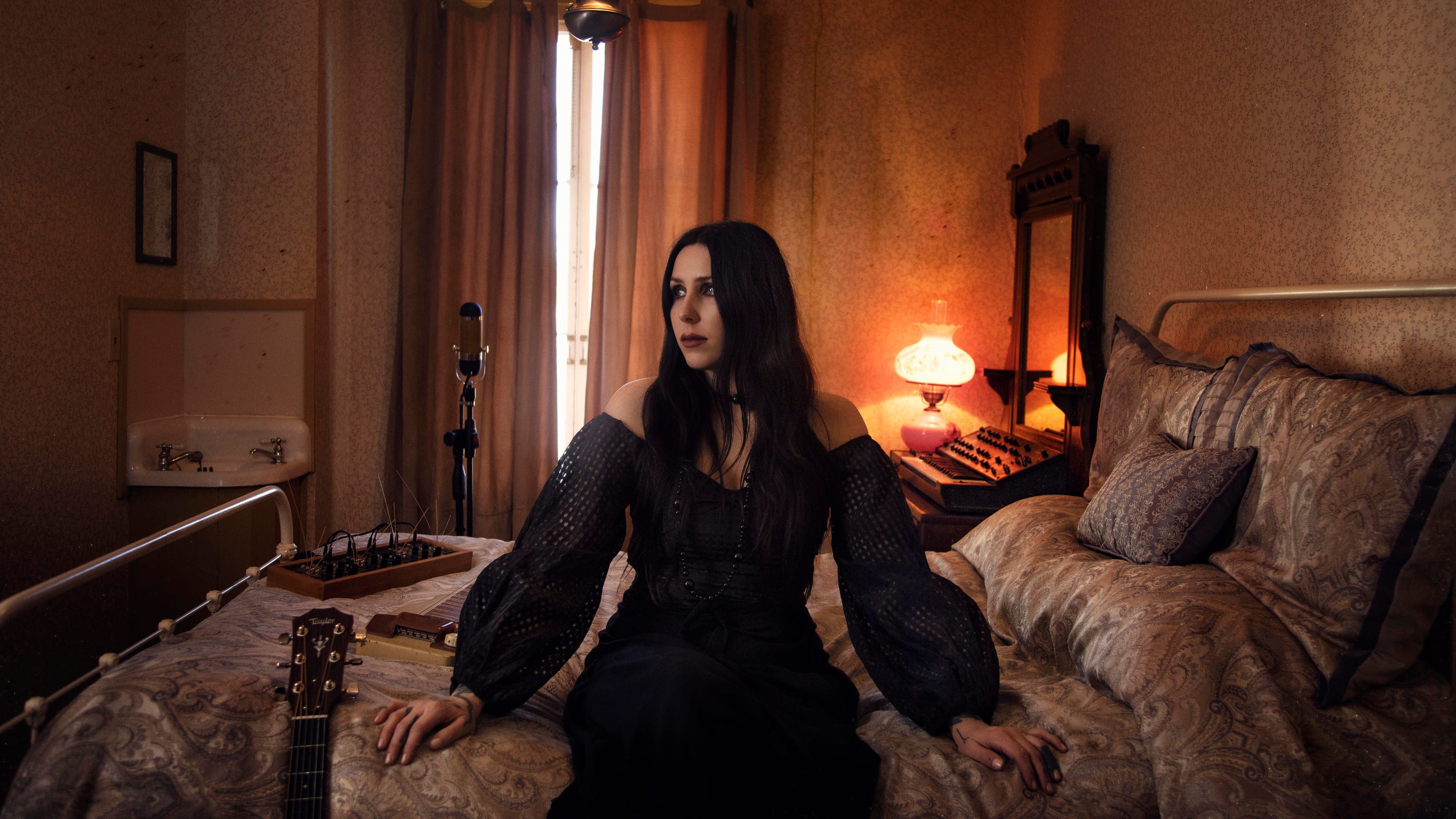 By David RodriguezSeptember 28, 2019 No Comments

Chelsea Wolfe is reborn – relying on an organic, folk-focused sound has done her empathetic approach and explorations of power and femininity hit much harder and truer than any sonically heavy aesthetic could.

Hey, Chelsea Wolfe. Nice to hear from you again. I reviewed Hiss Spun about two years ago, a couple months after I started writing for this site. To be able to return to this artist is oddly nostalgic, even though I’m sure there’s a law somewhere that says something can only be nostalgic if it references something a lot longer than two years ago. Anyway, enough about me – for the uninitiated, Wolfe is an accomplished singer-songwriter that tends to wallow in darkness, invoking tenets of doom, post-metal, industrial, folk, and much more to craft a versatile sound that can really go anywhere. After her last album which was thick in a heavy, shadowed aesthetic, she saw it fit to hit us with Birth of Violence, a still dark, but overwhelmingly folk affair with nary a distorted moment in its 40-plus-minute runtime.

Why? Well, maybe because she does it real well. It’s been a staple across her storied discography, but with Birth of Violence, it feels very… deliberate, much more than a throwback to the simpler sound that gained her recognition with her first two albums. Using that ‘older’ sound to say something new and powerful, with newfound experiences and with a more mature voice is what makes her observations and experiences much deeper. It’s what makes you listen. It’s also Wolfe saving herself, applying an acoustic defibrillator to her chest and surging her corporeal form with a life that left her for a time.

‘Violence’ in the album’s title is more derived from its classical definition referring to strength or intensity of emotion, fitting for an album with plenty of those. Whether it’s the wresting of the definition of what a woman is from antiquated, puritanical hands in “The Mother Road”, or the absolutely haunting and pervasive “Erde”, Wolfe is pained, but healing in the face of great adversity and, you might say, an “American Darkness”. She is perhaps scarred, but it unlocks the power within, symbolic in the ceremonial garb and dagger adorn on her person in the cover art.

Knowing that Wolfe got to her lowest point from banging on and on for fans on tours filled with back-to-back shows, not able to take the time to care for herself, really imbues a song like “Highway” with an emotional lacquer – you know, just in case her delicate singing wasn’t enough to do it for you. Her admission of ‘another city, another day/ left all of me on the stage‘ reads more as a retrospection of loss than anything else, where hindsight is the clearest and the path to your pain is as lit as the oppressive sun that bakes miles of concrete roads. On the other side of that coin, “Deranged for Rock & Roll” makes true her love for the craft that has done so much for her in many ways, good and bad:

So much can be said with just a voice, a guitar, and the occasional sonic ornament hanging in the rafters of these tracks. Even the drums are lightly brushed and/or struck with great restraint, a restraint that follows in Wolfe‘s own voice which runs the gamut of sorrowful croon to a piercing siren’s call (the ending of the title track is especially noteworthy), every note teeming with a blackened beauty. Although you won’t hear much cold, grinding death of electric guitars or other noise machines, Birth of Violence still channels a forlorn mood in a more natural way that feels more real and organic.

That this album follows after what is considered her heaviest album yet carries its own meaning – Chelsea forcing herself to strip back her workhorse-like efforts to take stock of her own well-being produces similarly stripped back, and raw, music that accounts for her own self; spiritually, mentally, physically, any and all energy that can be tapped like the musical mage she is.

Mournful, celebratory, and exploratory, you might be forgiven for calling Birth of Violence scattered, but the point of it all is to form an emotive Voltron-esque robot that makes up Wolfe‘s complicated and robust music expression. This album is profoundly her, probably more than any other album before it, but I get the feeling this won’t be the last time we see this intimate, spiritually attuned side. Chelsea is awakened – regrettable that she would have to scrape the bottom of life’s barrel to rouse such intensity, but it’s evident she’s in a better place and has found a new degree of herself hidden deep within. With any luck, she will grace us with even better material in the future, wielding her feminine power like a celestial sword sweeping across the sky.