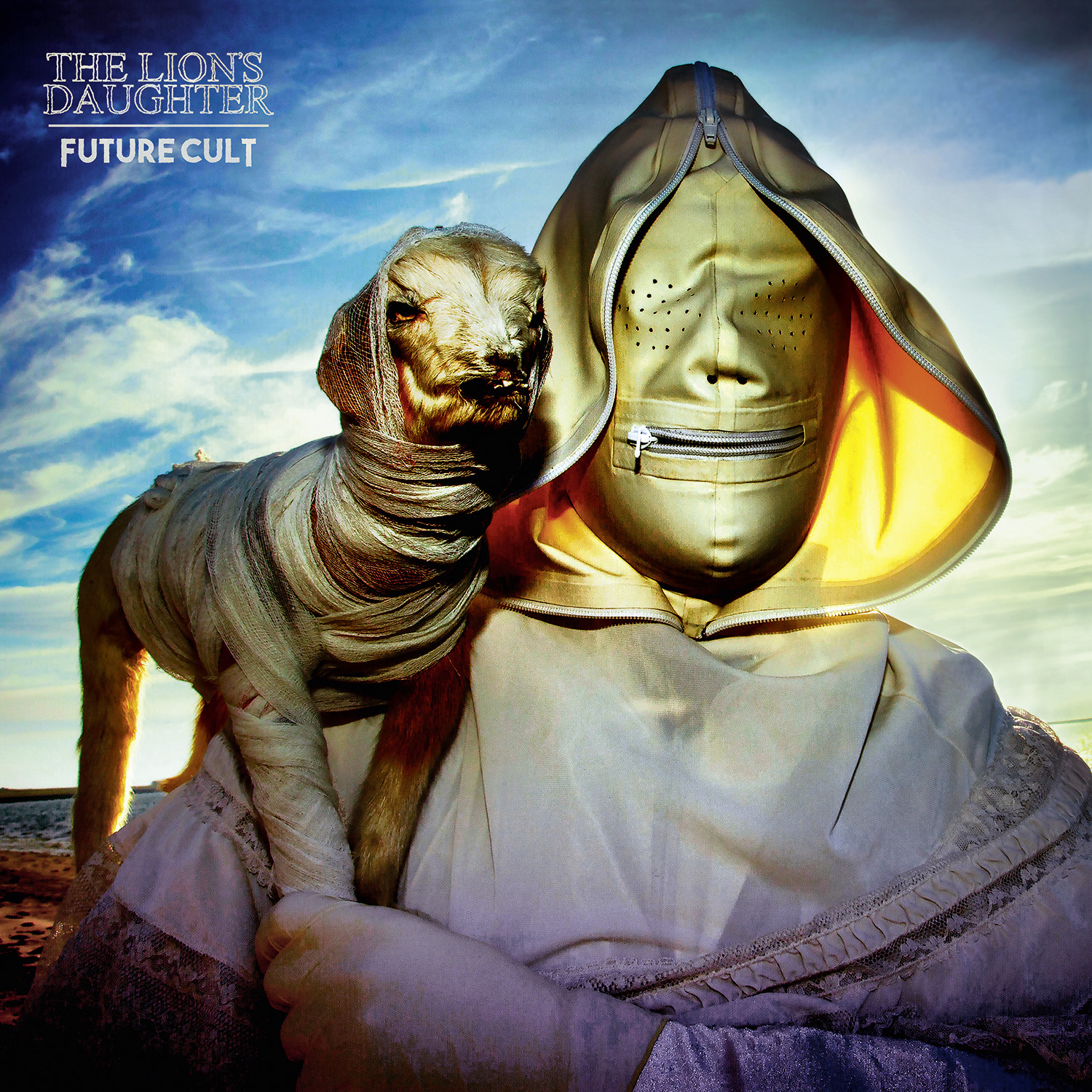 Acting like the musical counterpart to the creatures from body horror movies, The Lion’s Daughter forcefully and frighteningly rearrange their sound, thereby bringing it to new heights on Future Cult.

Formed in 2007 out of pure disdain for the state of the metal scene at the time, The Lion’s Daughter from St. Louis Missouri have taken up the cause of channeling that very contempt into their intensely unsettling brand of blackened sludge metal. Equal parts harrowingly heavy and funereally atmospheric, their sound saw its apogee in 2016’s Existence Is Horror, a hateful concoction of everything this band ever stood for. Hardly were they going to excel themselves once more, I feared, but the tides have turned, and change has come. Hidden behind Future Cult’s ominous, dystopian cover artwork lies the awesome but unholy bastard of Neurosis, Godflesh, and Goblin.

Bringing in new elements is a sure-fire way to prevent your music from growing stale; so is doubling down on things that were but ancillary in the past. The Lion’s Daughter have successfully done both. For example, they have dabbled in industrial influences on previous releases, but Future Cult contains a much more conspicuous dosage of moody electronics and the stomping rhythms that mark this genre. Tied in with this comes the novel addition of very 80s-sounding synthesizers to their sound, giving it a horror soundtrack quality akin to the works of John Carpenter or the aforementioned Italian masters Goblin. These factors helped shape the tone and atmosphere of the album into something highly surprising even for long-time fans of the band.

The band doesn’t waste any time establishing their newly enhanced identity either. Right after the mostly synth-led, cinematic title track comes “Call The Midnight Animal”, which is about as subtle as a tank smashing through your front door. To hell with subtlety – the oppressive synths, coupled with the slightly blackened approach to post-/sludge metal and vitriolic vocals on display here, are better off without it. The minimal, industrial electronics that act as an outro for this track reappear in “Grease Infant”, both as background embellishments and as a bridge between the sections of metallic onslaught. This song’s final third is marked by an infectious, stomping groove that sounds like it came right from the late 90s, which is nothing but a compliment in this case.

In a way, Future Cult plays out like a musical equivalent to the 1982 horror film The Thing. Think about it: in the movie (which I did not pick out only for a cheap reference to John Carpenter, in case you were wondering), an alien life form that can infiltrate its host to either assimilate them or mutate them into new, monstrous shapes is freed from its slumber underneath the ice of Antarctica. The terror The Thing evokes stems from one’s own inability to distinguish between infected and uninfected humans until the former are grotesquely contorted into a terrifying shape by the alien; similarly, Future Cult sees The Lion’s Daughter unexpectedly bending and deforming the familiar framework of their style into a more sinister and torturous beast than before. The musical connotation to Mr. Carpenter’s œuvre is only the cherry on the icing of my little theory.

First single “Die Into Us” was an instant highlight of the year for me upon its release, and one of the main reasons I wanted to review this record. It just got me hyped for what’s to come with its memorable synth motif and fast-paced, bleak aggression – mission accomplished! Meanwhile, “The Gown” presents a restrained, atmospheric take on the Future Cult formula. Menacingly building up in intensity, it prowls around the intimidated listener before finally unleashing a volley of heavy synths and frenzied drumming. The last song I’d like to mention is “Galaxy Ripper”, mainly because its title is absolutely badass, but also because I love the swirling, droney electronics and groovy riffing it delivers.

‘Change is life. Stagnation is death. If you don’t change, you die.’ This quote from American theologian Leonard Sweet embodies the spirit of this album very nicely. Before Future Cult, The Lion’s Daughter were a band that had seemingly said everything there is to say with the limited tools at their disposal. By approaching their own work from a different angle, making necessary changes guided by fresh, progressive ideas, they breathed new life into their future as a band, unlocking a plethora of new paths to explore in the process.