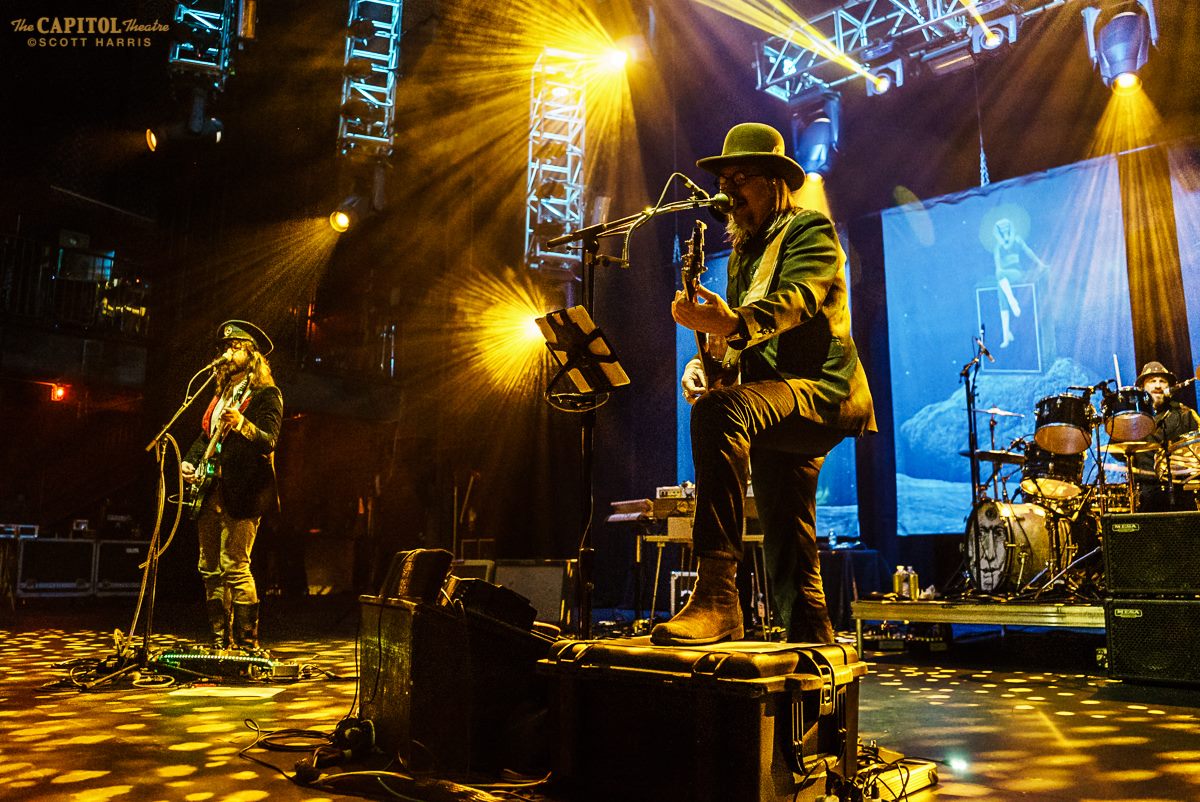 The dynamic duo of humble psychedelia return with a neat, catchy, and not at all sensible second album.

It was with a little touch of magic that these two respective musical titans hit it off so well in the collaborative department. Sean Lennon is a legendary free-agent of the experimental, and Les Claypool is a bass-twanging superhuman with wisdom beyond his years. Both have an offbeat outlook on life and just so happened, as is demonstrated across two albums now, to be fully musically locked-in. There isn’t a lot you can compare The Claypool Lennon Delirium to. So using the fairly standard description of Primus meets The Beatles is a perfectly fair one. In many places, they really do sound like that.

So to analyze South Of Reality objectively, we can at least ask this much: Is it as good as their first album? 2016’s Monolith of Phobos was such a natural meeting of the minds, that a follow-up was a welcomed prerequisite. Whether you like the psychedelic bass-ladled sounds of The Claypool Lennon Delirium or not, there’s no denying that it worked.

Playing the two records back-to-back, I could extrapolate this much: there’s no surprise that, in many ways, the two albums sound similar. Monolith of Phobos definitely sounds more ‘out-there’, as it marks the initial creative jettison that Les and Sean first had when they began writing together. And for that reason, some may prefer it to South Of Reality. However, South Of Reality marks a more refined and wiser approach to songwriting. So on one hand, that makes it more ‘normal’. On the other, that prospect makes it an arguably superior and richer listen. You decide!

But one way or another, we have on our hands some very intelligent songwriting by two very prolific musicians. And The Claypool Lennon Delirium is unique in the sense that Sean Lennon is an equal contributor to Les Claypool, who is usually a Devin Townsend/Mike Patton-esque front-man and front-runner to the majority of his projects. And this 50/50 musical share-hold is spread nicely across the album. Opening track “Little Fishes” is unmistakably Claypool, whereas the following track “Blood and Rockets” is unmistakably Lennon, and so-forth. Dig your eardrums deep into each song and you’ll also hear that, beneath the surface, the fusion of sounds becomes very molecular in places.

Other highlights come in the form of “Cricket Chronicles Revisited” and “Amethyst Realm”, where the merging of respective ideas operates humbly and free of pretense. The result is nothing other than cool and often catchy songs, honest writing combined with a well-balanced dose of other-worldliness. Lennon and Claypool do what they do best, they’re enjoying themselves, and they’re keeping the fans’ interests at heart.

All in all, it’s an enjoyable swill of the eerie, the entertaining, and the provocative. You don’t really need to be a proud advocate of either musician to enjoy this album, although it may help in places. Being top-heavy on the Claypool side of knowledge, I can confirm that fans drawn in from his camp won’t be disappointed. And Sean Lennon’s input is adequately dreamy, so all boxes are ticked. But at the heart of South Of Reality lies some real creative substance and some genuinely intelligent discussion, be it social or political. It ensures never to be too serious, and puts creativity, adventurousness and fun at the forefront of its mission statement. In this respect, what can go wrong? The answer, is nothing.