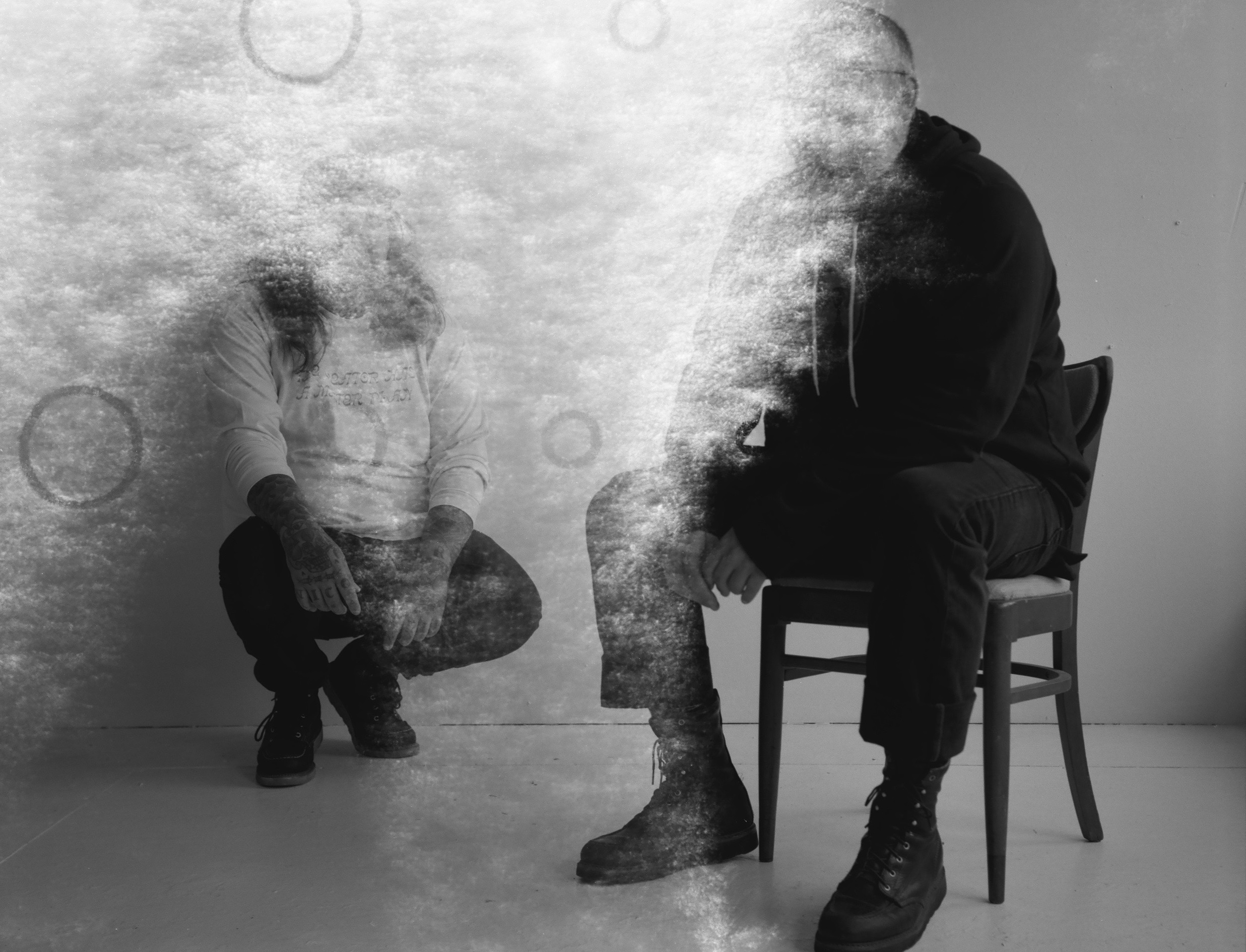 The Body appears in their most intensely vicious and insurmountably foul form yet on the colossal but intricate I’ve Seen All I Need To See.

The Body, o’ how I love thee. I first stumbled upon the doings of this relentless duo through their magnificent collaboration albums with Full Of Hell. I recall getting sucked into those enchanting vortices of noise titled One Day You Will Ache Like I Ache and Ascending a Mountain of Heavy Light; I got stuck to each of them for quite a long while. While I was already familiar with the Maryland grindcore unit, The Body was a new acquaintance for me, and I had no idea what kind of striking musical discoveries awaited ahead when I finally took the plunge into their other works headfirst. While it seems like their collaborative efforts receive a wider audience and higher acclaim overall, I think that the pair’s own hauntingly dismal and otherwordly cacophonic pieces top those, possessing a different kind of depth while presenting the act in their most pervasive form. To each their own I guess, but what’s for sure is that the band’s new album I’ve Seen All I Need To See is a convincing and ponderous addition to The Body‘s imposing and ever-expanding œuvre.

Not to digress any further than that, but there’s an obvious upside in collaborating with a variety of other artists, and that is simply to broaden your own vision and peripherals. That is pretty much how I feel The Body views the matter, but even if they didn’t, the subtle shifts and introduction of elements outside of their prior works are noticeable. Regardless of whether that’s subconscious or not, it keeps The Body‘s wheel turning, their form evolving, and their music on the top end of the spectrum of execution and fascination value. This isn’t to say that the duo couldn’t implement all of these varying nuances and fresh approaches to their output by themselves, not at all. It’s just that these kind of details are perhaps easier to map out in the full context. But that’s enough about that – it’s time to get to the matter at hand: the sinister, mutated entity that is I’ve Seen All I Need To See.

Opening track “A Lament” takes its time to get things moving by means of distorted hits and swells, topped with a rather ominous spoken word sample. The track advances into a glitching passage that amps up the dread quite a lot, making for a very unnerving experience. The gratifying release is held back until halfway through the track, during which a sullen melody takes the spotlight, as the portentous atmosphere turns into a melancholic one. The second track, “Tied Up and Locked In”, picks up a more driving pace, as the tribalistic drum beat carries it forward while Chip King’s signature vocals add some much-needed texture and juxtaposition to the compelling rhythm. The introduction of the crispier, tremolo-laden vocals add another cog to the lively machine advancing in a bulldozer-esque manner. This contorting wall of distortion reaches a hypnotizing level even though it runs a hair’s breadth under three minutes, and constitutes is what in essence one of the best tracks on the whole album.

“Eschatological Imperative” continues in a similar mood, but contains more dynamic edge, bringing in foreboding riffs and a coherent structure that packs a hell of a lot of punch in all of its primal glory. This song in particular is a perfect example of how you can achieve tremendous things by seemingly simple means. The simplistic undertone goes on through the fourth piece “A Pain of Knowing” as well, which is a momentous callback to the opener by virtue of being another hellish, fuzzed-out drone track that truly burrows deep into the ominous atmosphere that not only served the starting point for the album, but also dictates the founding aspects in The Body‘s central aesthetic.

It becomes clear very early on that the album is meant to be experienced as a whole, and that the entirety is greater than the sum of its parts. The individual tones in each track dance together in a luring way, while the recurring ideas (such as the spoken word bits) tie it all together fluently. The sludgy beating of “A City Is Shelled” blend seamlessly with the harsh noise extravaganza of “They Are Coming”, both of which constitute an all-encompassing look into what The Body is in their most impeccable figure despite residing on the far opposite ends of the album’s scope. Together, they from the obvious peak of I’ve Seen All I Need To See, without taking anything away from the other songs. The Body knows when to shuffle things up, so the exhilarating pulse of “The Handle/The Blade” accelerates things up, hastening the listener’s heartbeat and messing with their head by conjuring distorted but beckoning images to their heads, forcing a trance-like state upon anyone who dares to let it in.

While the majority of the album stylistically relies on morphing sculptures of noise and malevolent moods, the last track “Path of Failure” hints towards something else entirely in its odd ongoing improvised drum solo and spaced-out deep hits. Gaining momentum and hefty weight only during the last minute or so, the song serves its purpose in not only being the closing opus, but also in rounding out the entirety of I’ve Seen All I Need To See in a sophisticated and refined manner. As a standalone track it really doesn’t bring any exquisite frills to the table, but clicks into its respective place without further issues, and when the last fuzzy notes and the mentioned drum shenanigans clear out, you’re left with a feeling of closure and resolution.

In conclusion, The Body has crafted an album that, at its core, is pure evil, an unrelenting and vicious journey deep into the stygian depths where the act’s heartfelt essence lies, and from where its emphatic and mangled tentacles emerge to the surface with altering and constantly transforming appearances. The visage you’re helplessly left to stare at this time around is a cruel and grim one, the product of a band immersing itself to its inmost elements with no regards to external expectations or pressure. The rich textures and imperative organic feel gives I’ve Seen All I Need To See a novel edge, and the exclusion of outsider musicians apart from few minor instances proved to be a beneficial and a needed maneuver. As a unit, The Body is currently in its prime, and even though the album title suggests otherwise, it’s explicit that there’s more than meets the eye, and we as an audience have absolutely no idea about the levels of anguish and the related, peculiar delight the duo will undoubtedly inflict upon us in the future.