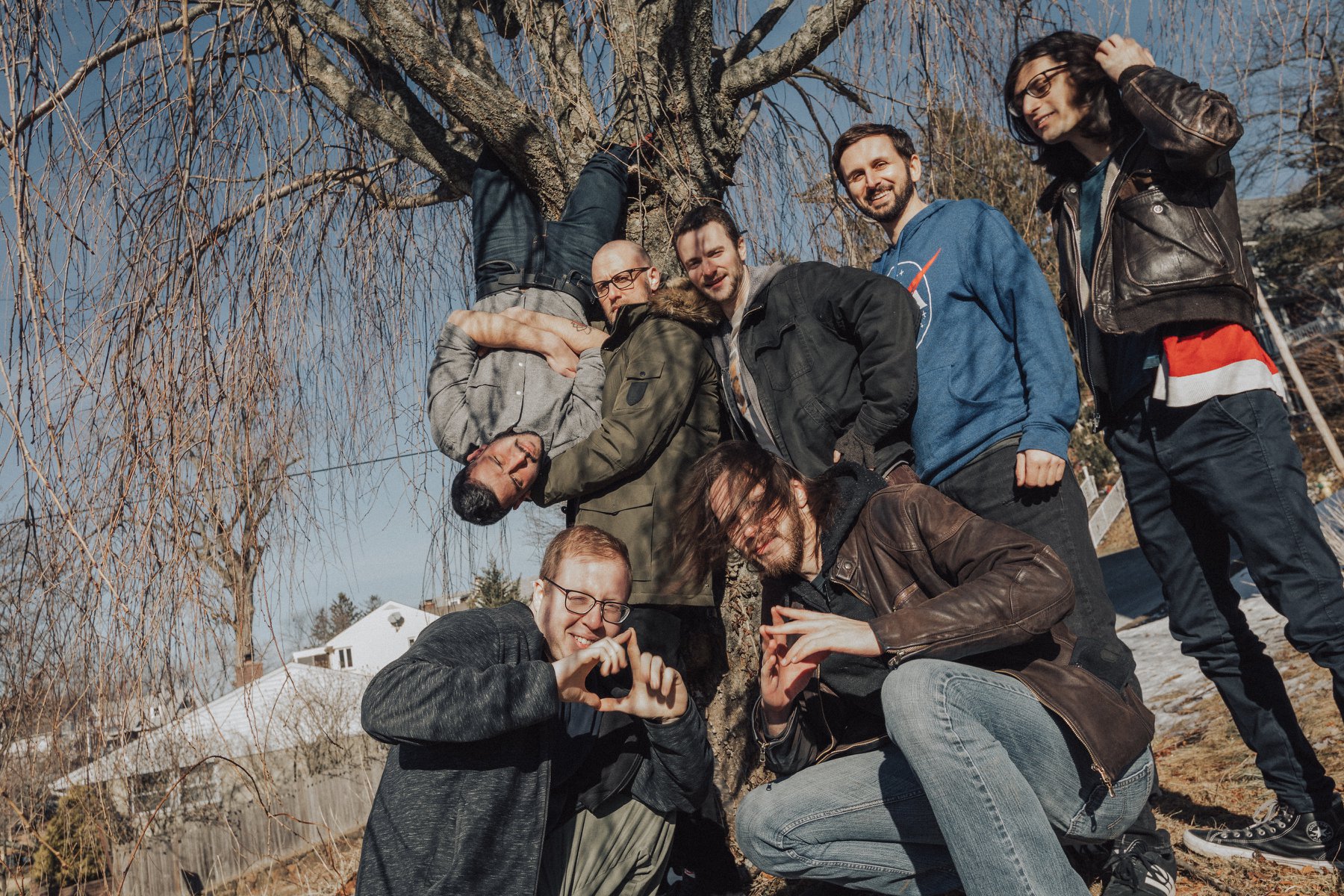 Thank You Scientist deliver a flawless performance on Terraformer. The way they can jump between jazz fusion and progressive metal while letting every band member shine really provides some fun over thirteen songs!

New Jersey progressive septet Thank You Scientist are dropping some heat for the summer! Their third album Terraformer was released on June 14, and they have been touring perpetually in support of the record. It’s an incredible mix of progressive, jazz, metal, and just about everything in between, marking a natural progression (pun intended) from 2016’s Stranger Heads Prevail.

One difference fans may notice is that the band has had a serious facelift, as only four members remain from their last record in 2016. New drummer Joe Fadem joined in 2017, and they also have whole new horn section with Sam Greenfield on saxophone and Joe Gullace on trumpet. TYS still have Tom Monda on guitar, Cody McCorry on bass and theremin, Ben Karas on electric violin, and Salvatore Marrano on vocals, so their signature sound stays intact. I was lucky enough to catch them in Orlando in May to see them with In The Presence of Wolves and The Reign of Kindo. They played a few songs off of this record, and it made me very excited and also confident that Terrafomer would be amazing.

Terraformer features a ton of music: thirteen songs clocking in at almost 90 minutes – and none of them are skippers. The album jumps right into “Wrinkle”, an instrumental intro featuring bassist McCorry on the theremin and a saxophone lick from Greenfield that almost sounds like it came straight from Leroi Moore of The Dave Matthews Band. All of the musicians are extremely talented, and there is no shortage of solos on this record for them to show off their skills.

There are also seven songs at eight minutes or longer, so the songs have plenty of space to build and establish motifs that repeat and expand later on. Tom Monda has many incredibly tasty guitar solos throughout Terraformer, but one of the lengthiest and most dynamically elaborate ones is near the end of “Son of a Serpent”.  It starts off as a clean solo in the style of Chon or Polyphia, and as the music gets more intense, Monda turns on the distortion and begins to pick faster as it builds up to a horn-driven groove to close out the song.

The wildest song off of Terraformer is the instrumental “Chromology”. It’s pushing ten minutes, and every single member of the band (except for vocalist Marrano) goes absolutely bananas. I saw them unleash this live, and it was unreal! The track starts off with a very metal guitar riff, then quickly turns jazz fusion. Greenfield and Gullace trade off intense solos, followed by a very fusion-y, Snarky Puppy-sounding section that’s heavy on the horns. Monda has his turn with another stellar guitar solo, which goes fast over a slower jazz section. Following Monda’s solo, bassist McCorry has one as well, with some light distortion thrown in. It’s always so refreshing to hear bass solos.

But it’s not over yet! Karas then has his turn on the violin, throwing down an effect-laden solo over a very djenty rhythm. You think the TYS boys would do an instrumental song without letting Fadem have some fancy drum fills? Well, you’re wrong! He lays it down to lead the song to its climactic ending. One main knock on TYS is Marrano’s vocals, so “Chromolgy” would be perfect for fans who are on the fence.

The trumpet is not an instrument regularly heard in prog, so I want to point out trumpeter Gullace has one of the coolest solos on the record on the song “Life of Vermin”, which is one of the stronger cuts on the record. There are a few short interludes on the record as well. “Shatner’s Lament”, for example, features Gullace again leading the way over upright bass and strings. It sounds like an old black-and-white detective movie theme song. “New Moon”, which clocks in at around two minutes, is very gorgeous and oriental-sounding, featuring Monda on the sitar. The violin at the end of the song is the main motif in the following final track, “Terraformer”; the transition between the two songs is seamless.

TYS released a very disturbing video for “Terraformer” – it’s a fantastic way to end the record. What really makes this song great is Monda whipping out the fretless guitar, because it adds a whole different flavor to their song. And wouldn’t you know it, his guitar solo with said fretless guitar is one final highlight before the 90-minute block of progressive metal and jazz fusion comes to an end.

Terraformer is my favorite installment from Thank You Scientist so far. Musically, they are on another level. They piece together songs in a way that makes them keep you so interested that you don’t even notice that each one clocks over eight minutes, which is something not many bands have. Each song is an adventure, so buckle up and let Terraformer take you places you’ve never been before! This is something you would want to see live if they stop by your town.