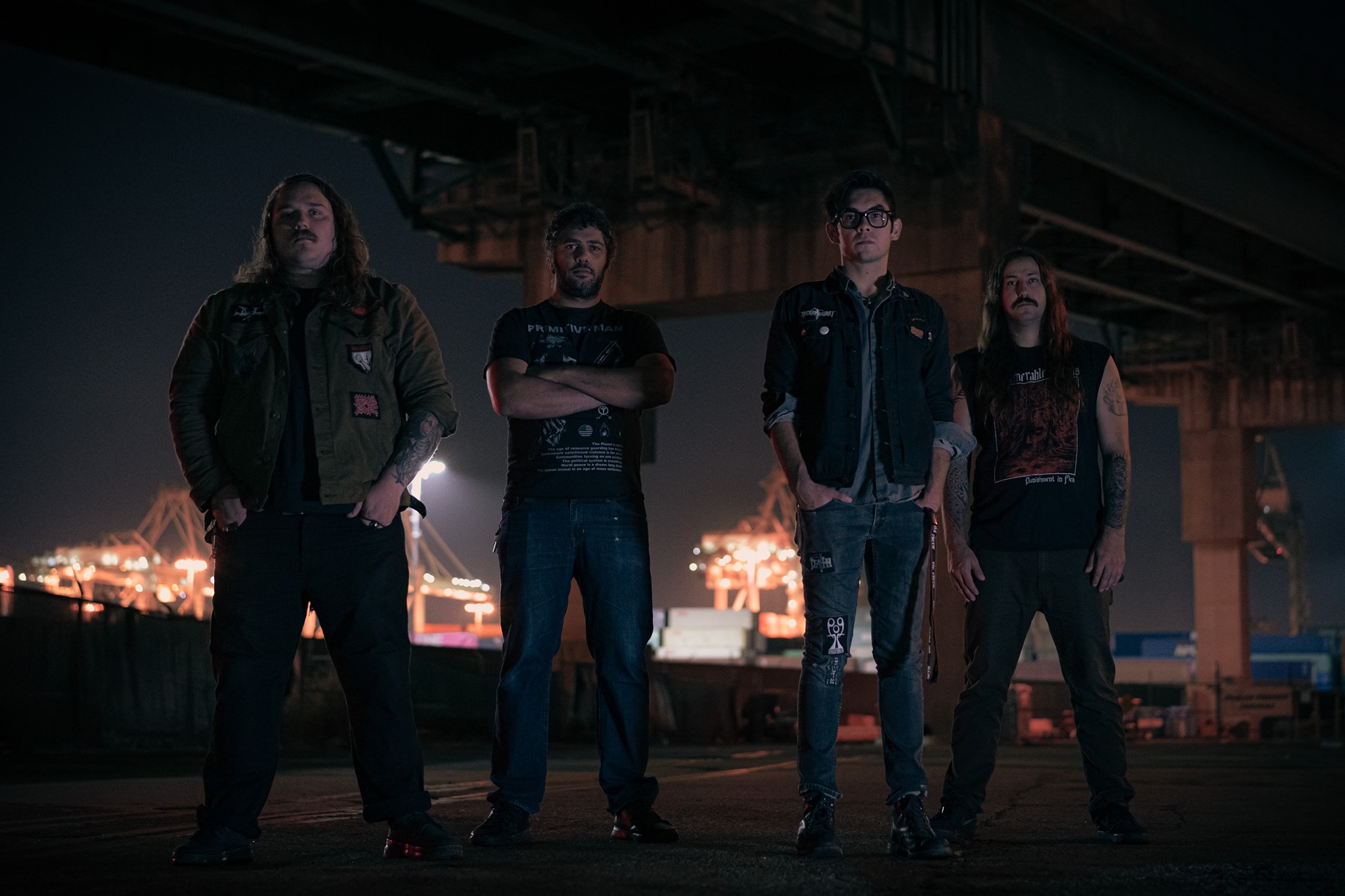 Teeth – “The Curse of Entropy”

With The Curse of Entropy, Teeth will squeeze the last breaths of air from your lungs and smirk behind a discordant and unsettling veil while doing so.

The four-limbed unit of anger, dissonance, and cacophony going by the name of Teeth pretty much took the tech-death world by storm with The Curse of Entropy, released on November 29 through Translation Loss Records. Coming almost exactly five years after their debut Unremittance, it’s quite simple to point out that Teeth have leveled up tremendously as an entity. Having an enhanced approach to songwriting tightened the screws to a point where they almost break apart and turn to grit; to be fair, that also happens on a few occasions.

On The Curse of Entropy, the Californian quartet is able to achieve a truly high and addictive level of brutality, even so that it turns terribly absurd at times. Still, that’s by no means a bad thing. The unrelenting, violent onslaught of hooks constantly thrown towards you throughout the album’s thirty minute duration makes the entirety enjoyable and frankly undermines a lot of the efforts made this year by their peers – mainly because the atmosphere feels genuine and realistic, lacking the superficial ‘troublemaker’ attitude that seems to stain a good amount of otherwise fine records released recently in this genre. All the buzzing and crooning surrounding Teeth‘s very existence right now goes to show that the years spent in crafting this monolith of an album haven’t gone to waste.

The opening track “Enlever” is a good example of the aforementioned hooks. Cutting straight to the chase, the dissonant but moody beating will unquestionably leave a lasting memory imprint, as does the general feeling of unheld aggression, ominous old school breakdowns, and the brilliant staccato part towards the end as well. Topped with the strongest vocal work I’ve heard in a while, Teeth manage to break into the listener’s psyche in just under two minutes’ time. The colourful and spastic bulldozing of the following tracks “Husk” and “Wither”, brilliantly balance between technical prowess and compositional cleverness, providing the album with a hefty start.

“Collapse” amps up the aural violence even further, bringing in some unexpected rhythmic aspects without giving up the intensity at any cost. And it is exactly this intensity that also makes the album very exhausting at times. No matter how much you seek them, there are very few moments of relief during the first half. Granted, the short runtime proves to be beneficial when taking this into account, but a touch of variety here and there could’ve been more profitable in the long run. “Birthright” and “Dread” do offer the kind of airiness I personally needed, however, and they kick in at very crucial points. Both of them are still extremely frantic tracks, keeping that fluttery and agitated stream of force uninterrupted, but there are some cracks where you can collect your thoughts a bit to more profoundly comprehend what’s going on.

The definite prime of the album can be found in the concluding pair of “Entropy” and “Vessel”, which are similar by riffs and tied together by a discordant and eerie atmosphere. Comparisons could be drawn to the likes of Ulcerate and Gorguts; I feel that’s enough of a lead for you to understand the controlling vibe. Teeth still make this sound their own, without descending to the imitator territory even in the slightest. This is also why The Curse of Entropy stands out so glaringly despite its few minor flaws. You’ll notice aesthetic similarities to some of the acts that have been paving the way for modern groups like Teeth for decades, yet the band sound only like themselves, not bowing or ingratiating to any one direction.

The Curse of Entropy is so damn tightly jam-packed with fascinating instrumentation and odd compositional shifts throughout that it’s very pleasant to repeatedly get back into. These thirty minutes of alluring dominance are spread out widely enough for the listener to stumble upon new things during each listen. Then again, it’s entirely another thing how frequently one can submit under the colossal and overwhelming mass of this album without having to resort to some kind of spiritual enhancements.