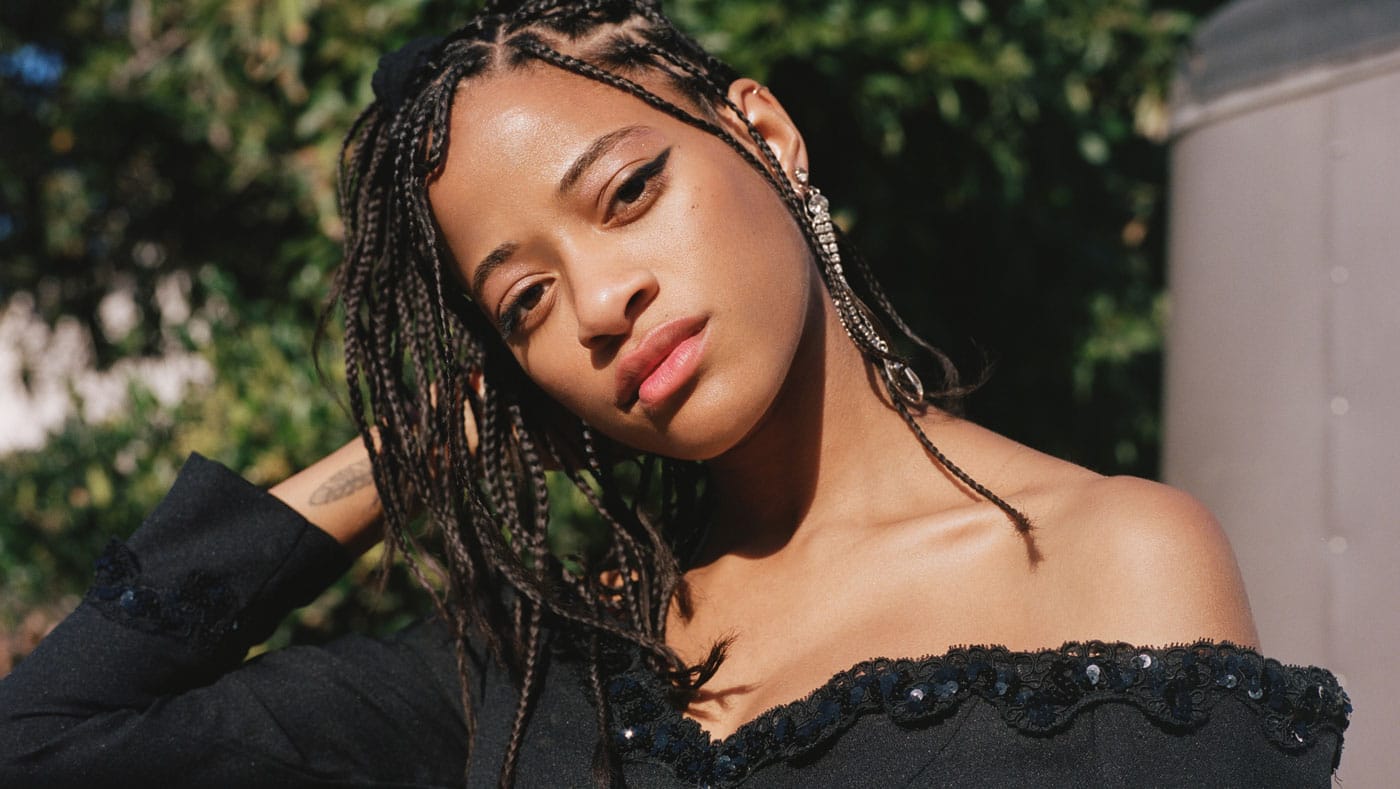 By Faisal BinzagrJanuary 2, 2020 No Comments

On REDUX, Kilo Kish concludes an era of electronic R’n’B experimentation with a bold statement; showcasing a reinvigorated take on her sound, and a promise of greater things to come.

As a fan of 90s alternative genres, it’s been fun for me to watch a loose collective of artists emerge who are increasingly blending various pop, R’n’b, trip-hop, rock and modern electronic elements. It’s hard to say when this trend started – or who started it – but as the decade comes to a close, you don’t have to look far to find artists with new and exciting takes on this musical cross-section.  Kilo Kish is one such artist. With an LP and several EPs under her belt, her latest release, REDUX, isn’t as much a departure from this throwback melting pot as it is a peculiar spin that calls to mind numerous eras of music at once.

REDUX arrives a year after Kilo’s last EP Mothe, in many ways functioning as a continuation of its alien trip-hop and R’n’B elements. The two feel complimentary, with both showing marked growth from her 2016 debut album, Reflections in Real Time. Though enjoyable and ambitious, Reflections often felt more like a collage of ideas and snippets, whereas both Mothe and REDUX feel more self-assured and complete, despite their vastly shorter run times. However, REDUX distinguishes itself from Mothe with a reinvigorated intensity, and injection of different elements that create a short but sweet beast that interestingly calls back to the start of this decade more than it does to the 90s.

Opener “BITE ME” exemplifies this perfectly with its trap hi-hat rattlesnake beats, eerie synths, repetitious vocals, and demented ascending synths. More than modern trap or 90s trip-hop, the track brings to mind the short-lived witchhouse experiments of the early 2010s. Track three and album highlight, “SPARK”, accomplishes this accidental effect even better with ethereal vocals, sinister downtuned chainsaw synths, and a hard-hitting catchy beat. I say accidental, as the EP was written to channel what Kilo calls the ‘London Sound,’ i.e. the darker electronic experiments that came from the UK in the 90s. Those elements are also present, but the slick modern sound design and production techniques, coupled with the EP’s darker dance oriented vibe, sets it apart from the cited inspirations, as well as the rest of her discography.

The other songs on this five track EP more or less follow the same formula. This is a strength, but can also work to its detriment. It’s an enjoyable listen front to back, without ever over-staying its welcome. However, given the consistency in sounds, track run times, tempos and production style, it does at times feels like one long song, as opposed a collection of them. Curiously, it’s the exact opposite of Reflection’s lack of cohesion. It’s this tendency towards uniformity that makes “BITE ME” and “SPARK” stand out, as both lean harder into the darker early 2010s elements than the other tracks, which is a major boon from my perspective. These days, where there is a saturation of this breed of 90s throwback music, the extra edge granted by the pulsing dance beats and witchhouse elements gives REDUX a sense of much needed identity, and more importantly – anticipation for the future.

As it happens, Kilo Kish has touched on the future direction of her sound, stating in a recent interview that: ‘From here, I think my next album is going to have a little bit more live instrumentation, so more live drums, live guitar. Same intensity and energy, but I want to have more of a band setup.’ The clarity of her vision highlights an additional strength of REDUX’s: its statement, as the culmination of her body of work thus far, and the platform from which she intends to leap into the future when her upcoming release drops sometime next year.