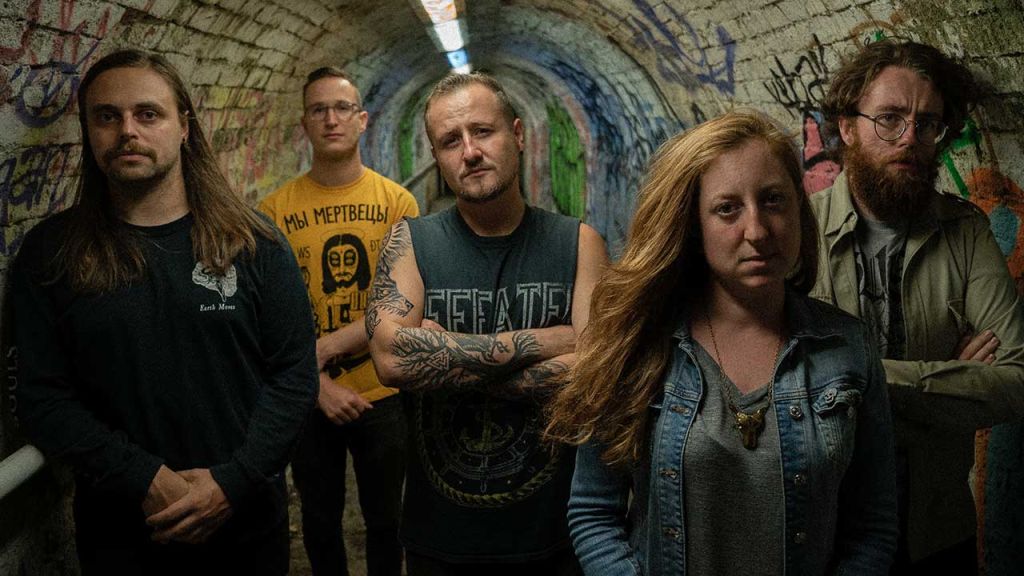 By Pete OverellJanuary 2, 2020 No Comments

In the madness of 2019, some things slipped through the proverbial cracks, one of them being the write-up for the great interview we held with Pijn at ArcTanGent festival back in August. We sat down with the majority of the band, who were holding interviews before their first set of the weekend later that evening. Needless to say, their set went down as one of my favourites from the weekend, Pijn‘s intense and gruelling music perfect for the live stage. You can hear more about the festival in the teardown we released here.

In the interview, we started off by hearing about the band’s relationship with the festival, before moving through the hot topics, such as the concept and sound origins of their debut album Loss, their influences and favourite records of the year, ending up on what is next for the band. We focused predominantly on the core band and didn’t ask too much about Pijn & Conjurer – something we’ll have to do next time, now that Curse These Metal Hands is out and has been fully consumed.

Whatever comes next for this exciting post-metal band is bound to be exciting, especially with a label like Holy Roar backing them. As you’ll hear in the interview, the Pijn family continues to grow, and the extra string player added to the ranks helped to bring even more atmosphere to their live show. One can only imagine how this will affect the next album, yet as the band digress, it might not be what you were expecting from them. You can hear the full interview below.

Don’t forget to hit up Pijn‘s socials, and be sure to catch them live for a mesmerising experince in the vein of Russian Circles or Pelican.