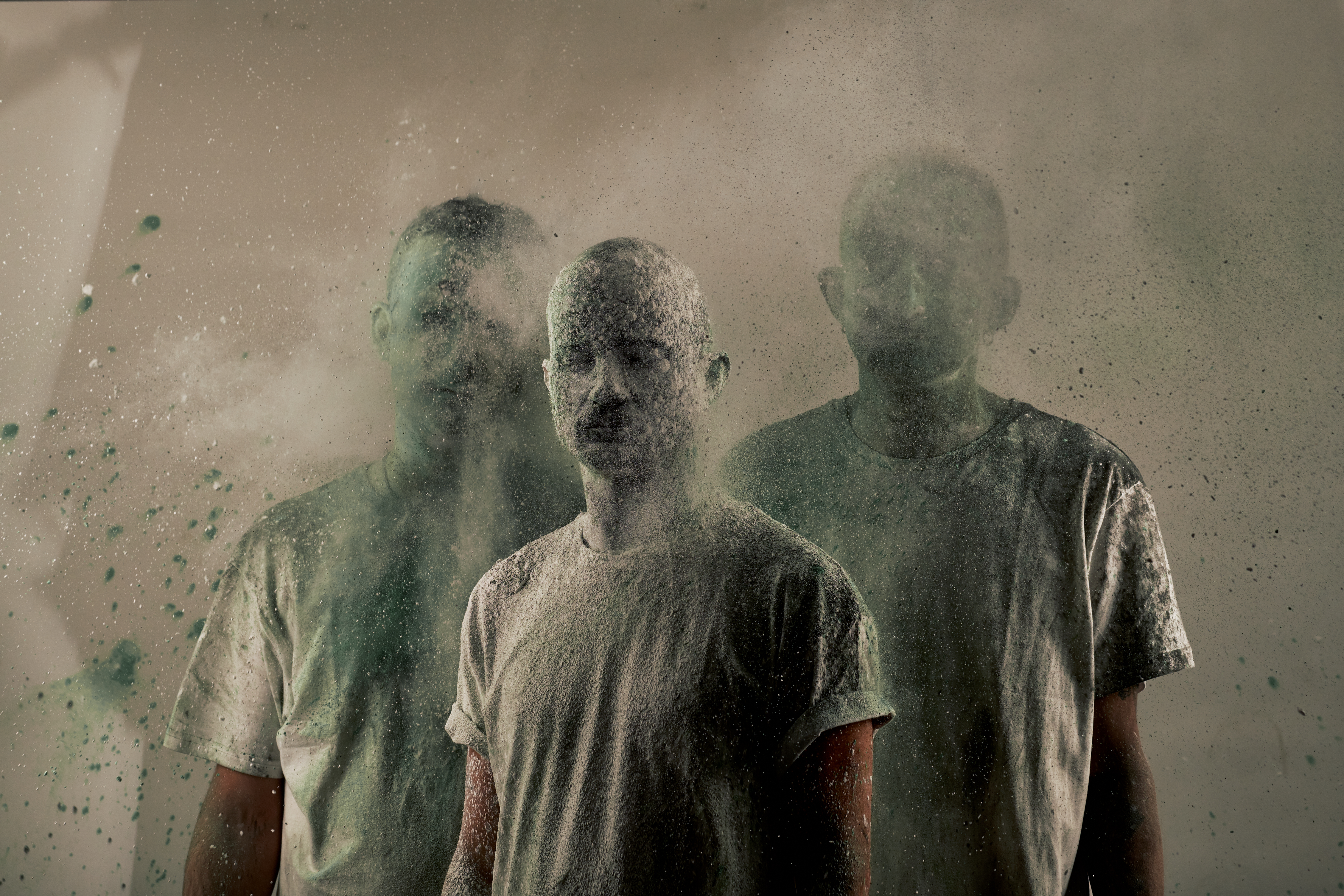 Teeth Of The Sea – “Wraith”

Wraith by Teeth Of The Sea is an album that feels like falling through a dozen dimensions at a time. A mind bending experience of an album.

Ah, the sea, a place where a myriad of emotions clash. We see the sea as something beautiful, calm, astounding, but also as something scary, ruthless and unfathomable. Maybe it is just that we interpret way too much into it. Just like the mysterious waters of body covering our planet, so does the band Teeth Of The Sea harbor some mystery and lots of emotion.

Their new record Wraith is like an explosion caught in hibernation. A firework of eccentricity and color, unfolding in every possible direction. Trying to put it into genre terms seems impossible as it covers more ground per second than anyone could hold up with.

“I’d Rather, Jack”, the opening track, begins with something you wouldn’t expect from the band based on the name and the cover: trip-hop drums. Pulsating beats and glitch synths are thrown at the listener, while a brass synth slowly takes the foreground. A trumpet is added to the mix, giving the listener an interesting texture of organic and inorganic sounding brass instruments. Meanwhile, the glitches have formed into interesting upbeat cymbals for the track. Ever so slowly the band forms not a mere song, but a work of art that works with strange textures as much as it works with simple grooves and earworm-inducing leads. At the end of the track, a part of the brass instrumentation is substituted for a distorted, heavily flanged guitar. An epic, thought-provoking duet ensues, taking the listener by storm with their conventional weirdness and bold, intuitive songwriting.

Interestingly, the follow-up track, “Hiraeth”, starts off quite similar to “I’d Rather, Jack”. An electric drum, though more bassy, marks the start and a brass section follows it up. Yet it has a distinctly different feeling that is almost industrial. Another change is the slightly higher tempo, the myriad of jazzy licks, and the more serious atmosphere that give the song an almost brooding mood. It’s a lively presentation of how writing, some small changes, and a bit of attitude can really change the whole feeling of a track. This is almost a thought experiment of how far one could go with the same few instruments in completely different direction.

Of course, there’s more like the track “Her Wraith”, which is basically a jazz noir soundtrack to a movie that’s never been made, giving off a Citizen Kane vibe like you’ve never heard it before. Or the song “Fortean Steed” that pans out like a ritual ambient track with accents of psych-folk, featuring ambient droning at the beginning, but ever so slowly changes to warped nylon guitar strings. But I don’t want to spoil the record for you, as one should experience it in its entire strange glory.

With Wraith, Teeth Of The Sea embarked on a bold, adventurous journey to islands that feel so familiar. But if you look in the deepest corners, you’ll find something reality bending about them, strange sounds, fascinating textures, or a different creature altogether belong here. It’s a carefully crafted experience that never goes into completely unrelated territory and feels neat and cohesive in a very authentic and utterly creative way.