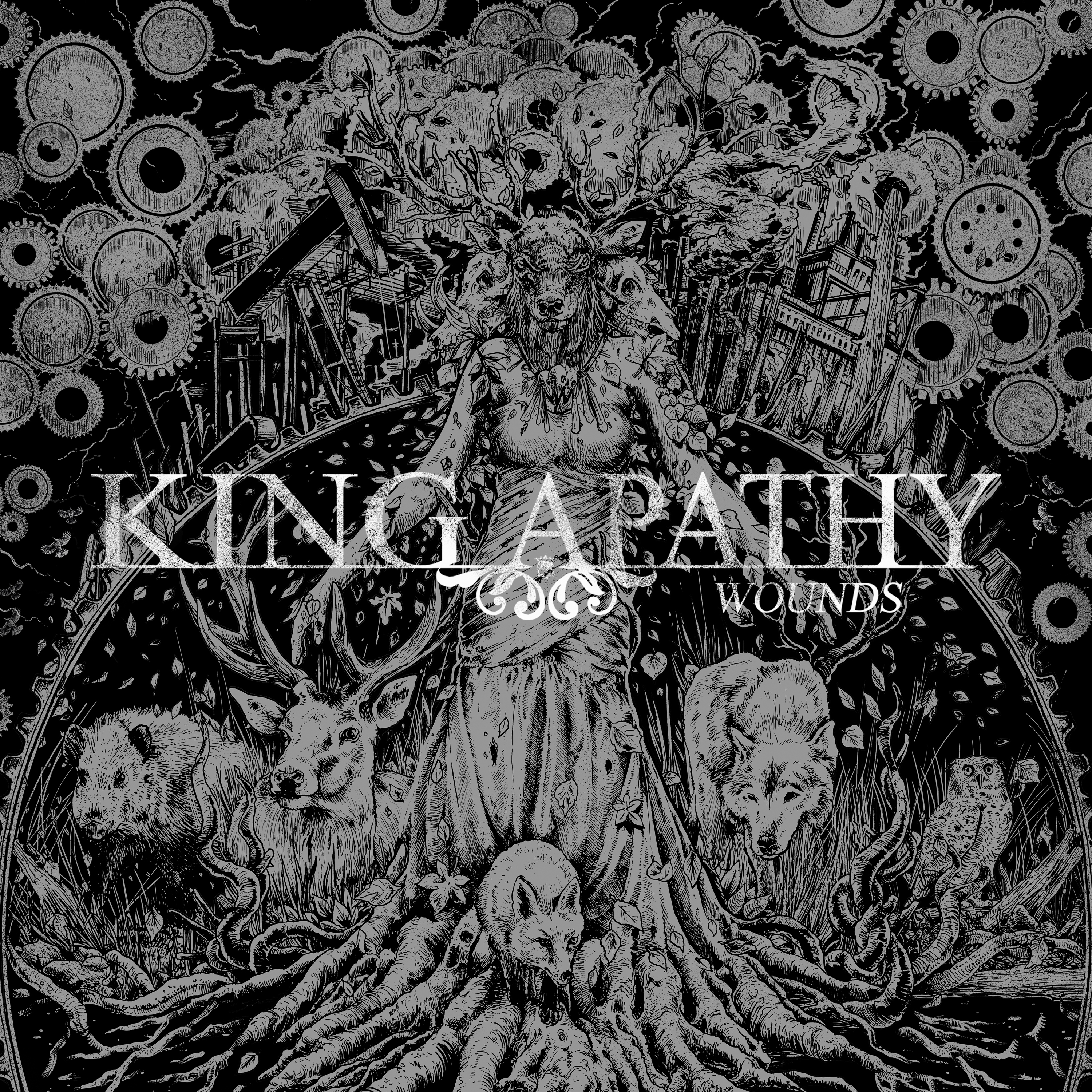 King Apathy is musical social justice warfare, but they did not lose the music in their message. What Wounds lacks in originality, it makes up for with heart.

One hardly needs to make much of an effort to realize that King Apathy have a lot to say. The melodic-crusty-post-metal band from Munich, Germany wear their convictions not only on their sleeves, but on every social media page they manage. King Apathy explicitly identify as hardcore vegan, anarchist, straight-edge, environmentalist, anti-capitalist, anti-sexist, anti-homophobia, and what have you. Basically, King Apathy is musical social justice warfare.

Well, speaking of the music, what about it? We’re so glad you asked!

One can be thankful that King Apathy is not a ‘hip politics, lame music’ straw man band, nor are they new to the game. Wounds might be their first full-length album as King Apathy (a self-titled EP was released in 2016) but they released two other albums since founding as Thränekind in 2007. The new name reflects their overall message: that we are all ruled by a ‘King’ named ‘Apathy’. It also reflects a more global perspective, since they adopted a name that can be easily pronounced outside of Germany.

Wounds, then, is a work by a very mature outfit. The maturity shows in King Apathy’s stylistic comfort. Their melody lacks the conspicuous self-consciousness that made a like-minded metalcore band’s most recent album a somewhat underwhelming listening experience. Rather, King Apathy’s melodies are expressive and lend a great deal of heart to the slow, sloshing hardcore riffs that are all but de rigeur in post-metal. They add a slight taste of crust punk to their sound; ‘slight’ because as crusty as the guitar tone might be, Wounds has a very standard metal production style and feel. In fact, King Apathy sounds closer to an artsy black metal band at times, particularly when the double-bass drumming drops hard on songs like “The Scars of the Land”. The metallic production at least helps the band’s songs have distinction from one-another because there is far less emphasis on technical aesthetics here. On the other hand, King Apathy’s strict commitment to conventional post-metal chug-sludge tropes makes them hard to distinguish from a lot of other European post-metal bands (cf. Amenra, A Secret Revealed, Eryn Non Dae, et al).

Back to the band’s politics, King Apathy explicitly state that human civilization contains within it the keys to its own destruction: boundless consumption piling waste behind it like Walter Benjamin’s ‘Angel of History’, only the pile is never truly left behind and eventually it will fall to crush us all. That is as ‘metal’ as one can get, yet it comes from a hardcore heart. This heart saves Wounds from being completely clichéd as the concept inspired by it powers King Apathy’s sense of melody. This is something that too many ‘heavy’ bands forget far too often: great melodies make great songs; while at the same time too much melody will rob said melody of its capacity to make an impact. Such a balance is hard to strike at times.

We can show considerable gratitude, then, that King Apathy have found a healthy spot, musically-speaking. Wound shows an experienced band with the right combination of stylistic comfort and conviction to make everything hold together in a pleasant, compelling way.