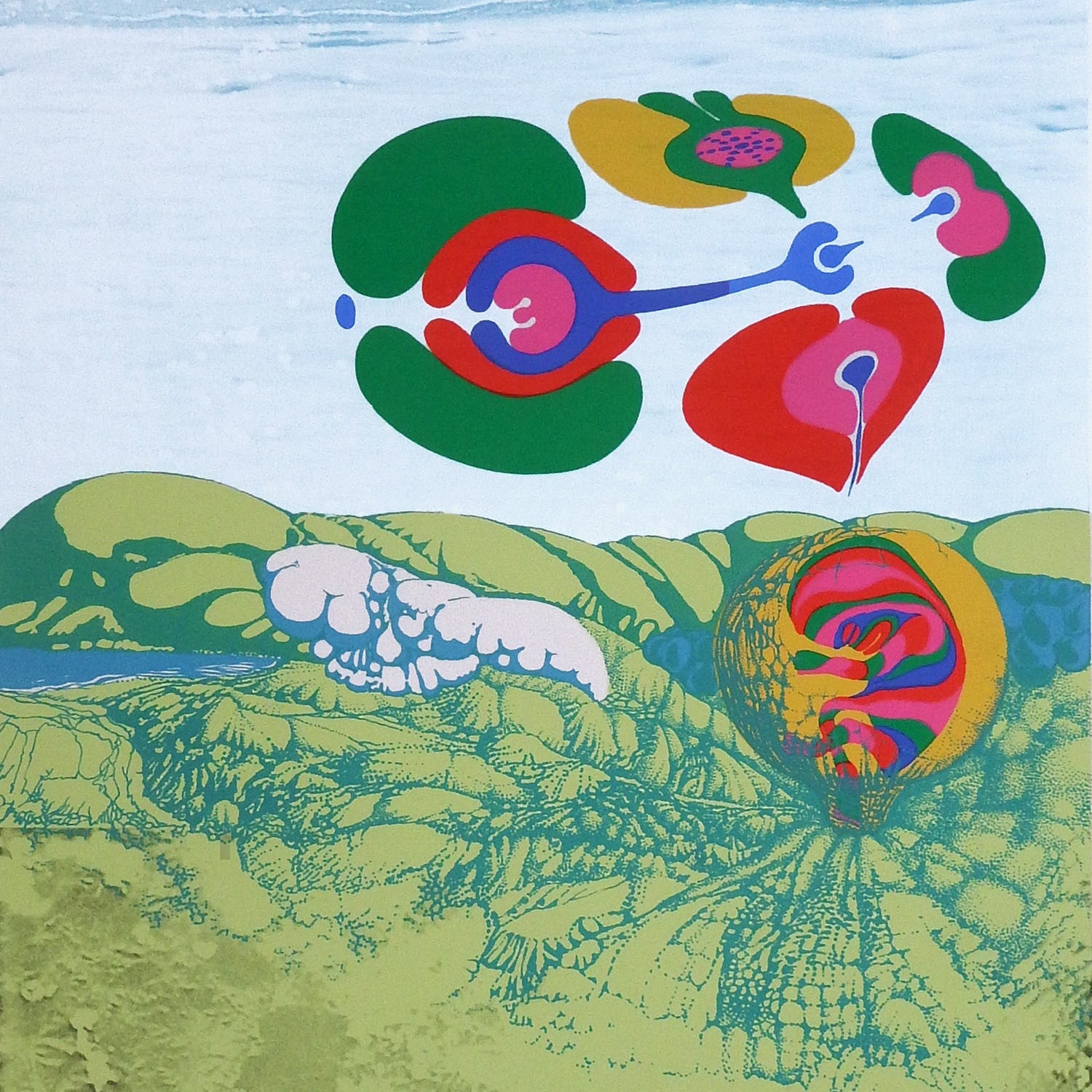 By Dominik BöhmerSeptember 22, 2022 No Comments

Tarotplane’s Aeonium is a perfect example of how to approach kosmische musik without drifting off into esotericism.

Much like the often ridiculed new age umbrella, kosmische musik (as the more electronic offshoot of the German krautrock movement) has brought to the world of music a wealth of groundbreaking, mind-expanding music without which the current landscape would look significantly different, yet both have sadly been co-opted by the kind of wholesale wishy-washy esotericism that has plagued Western spirituality for over half a century at this point. Instead of playing to those superficial aesthetics, though, Tarotplane (named after the Captain Beefheart song?) delivers a deep dive into the genre and its many intricacies with his new album Aeonium, showcasing a fluid understanding of and indivisible personal bond with these cosmic stylings.

Tarotplane is a one-man project helmed by Baltimore musician PJ Dorsey, who, after a prolonged period of musical inactivity during the late ‘90s and early ‘00s, channeled his love for all things kosmische – seriously, his tastes go *deep* – into the creation of this new brainchild. Releasing a surprising wealth of material since First in 2015, Dorsey is clearly no stranger to productivity, yet this sudden burst of activity has laid bare nothing if not his absolute willingness to keep pushing the envelope with his music. There’s no sign of stagnation or complacency within an esoteric sound in his discography; instead, he dredges influence from the past and translates it into a forceful future music. Aeonium, this much should be said in advance, only serves to further underline these ambitions and accomplishments.

“Aeonium”, “Auximenes”, “Omayyad” – these three longtracks combined are Aeonium, the album. Ranging from nine and a half to almost twenty minutes of runtime, this trio of ruminative sound explorations has enough meat to satisfy even the most distinguishing of ambient/new age fans. Dorsey mainly composes on guitar, building these unobtrusive yet powerfully immersive wafts of psychedelia with the help of effects and processing. The aforementioned title track sucks you in and engulfs you in this warm sphere of pure sound design, in which your body resonates as just another small molecule in the Tarotplane cosmos. It’s a slow, deliberate drone ripe with melodies and motifs, never fully permuting from its original state. Repetitive yet utterly spellbinding.

The following “Auximenes” gently nudges us into movement, but its overall recipe remains the same as the one that made up its predecessor, albeit with a somewhat more sinister undertone thanks to the deep guitar drone that makes up its start and finish. The guitar flourishes here are once again gorgeous, keeping the atmosphere light and contemplative until the playful first moments of “Omayyad” establish an almost childlike aura of wonder. This motif never failed to bring a smile to my face over multiple listens, so consider this my personal highlight of Aeonium. “Omayyad” deviates from the formula established by the previous two by adding what sounds like a bubbly bass riff, funky guitar chops, and slight percussive tones, making it the most energetic and driving piece of this musical triumvirate.

As a fan of krautrock (and by extension kosmische musik) myself, Tarotplane checked all the boxes of what I’m looking for in an album of this style with Aeonium – well, minus the motorik beat, perhaps, but Popol Vuh didn’t cater to that trope either, and they’re my favorite of the bunch, so we’re all good here. PJ Dorsey’s own love and appreciation for this time and place in music history resonates through every single moment on this album, which makes it an absolute delight to listen to if you share his inclinations. Even if you don’t, I’d wager you will find it hard to resist his infectious dedication or the gravitational pull of his unassuming yet engrossing soundscapes.