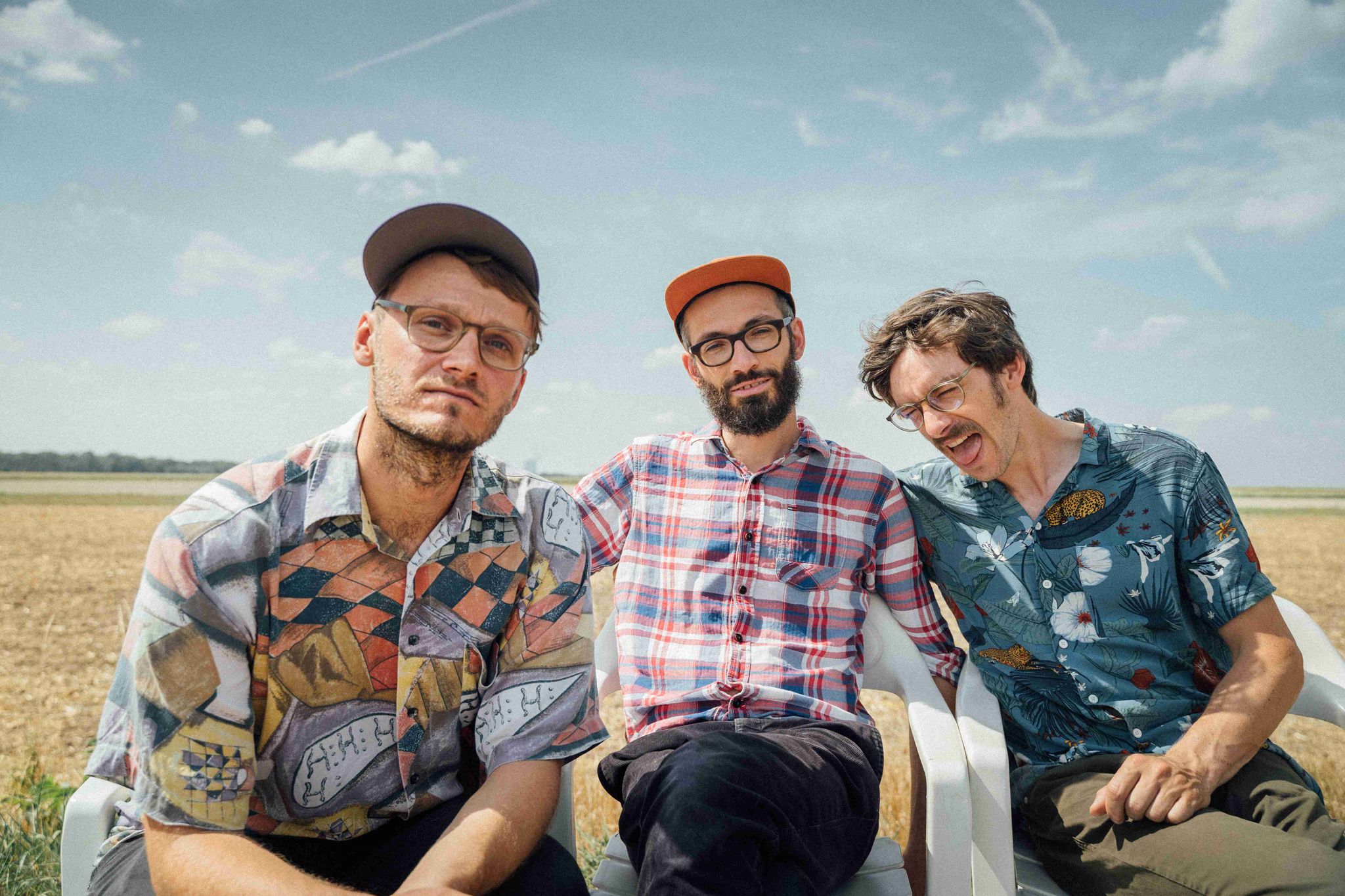 There are certain things that immediately instill a powerful feeling of nostalgia. Think back to things like the play rug with the city map on it, VCR cassettes, or even classic games on the Playstation 1 such as Resident Evil 2, Tomb Raider, Crash Bandicoot 2 or even Final Fantasy VII with the bulky multi-disc jewel that is a true relic of the past. The associations that we have with these items, among others provide us such vivid memories from a time that felt simpler; what I’d give to go back to those times. Sometimes nostalgia comes from things you never would’ve expected and that is what brings us here today as Everything Is Noise is premiering the music video for H.C. Behrendtsen’s latest track, “Kalimba”.

H.C. Behrendtsen are a trio from Leipzig, Germany that don’t shy away from letting their quirkiness bleed through into their music. They are very much in fact all the more unique and equally dizzying as a result of their eccentricity. The end result is this experimental math rock amalgam that is sure to leave your brain feeling like mush. Math rock usually isn’t that intense when it comes to its inner complexities but H.C. Behrendtsen effortlessly find a way to make it the most dense music you’ll hear today. With all the music that is out there today, especially deep in all the weird corners and crevices, if you’re able to leave me with utter confusion saying ‘what the hell was that’ to myself, then you have done a fabulous job and H.C. Behrendtsen have done exactly that.

H.C. Behrendtsen‘s style of math rock is something that stands purely alone, with its frenetic pacing and blending of so many different influences and sounds. Before you can even process what’s going on at any given moment, the music has already shifted onto the next movement that will also leave you all sorts of confused. All this mindfuckery compiles and compiles and when you reach the end of the song, you won’t even know left from right. In “Kalimba”, not only do you hear a kalimba as was expected (although used in a very sinister manner I might say), there’s surf rock mixed in there with both jazz and hardcore undertones throughout.

It is an abstract, chaotic beast of a track that left me so lost yet intrigued upon my first listen. Not only was I deeply disturbed by the aural black hole that I was sucked into, but what kept me grounded was the hints of nostalgia sprinkled throughout the tune and video. The PS1 graphical style of the video and references along with the city play mat setting that I was talking about sure contributed to that but there was still unrecognizable chunks of nostalgia embedded into the music itself that helped it latch on when it wouldn’t have otherwise with how dense and incongruent the music was. Here I am left with a hankering for more and I can’t explain why…

I could easily see all the hardcore and jazz band kids coming together all dressed in their Hawaiian shirts to throw down in the pit to “Kalimba”. You just have to be careful not to be crowd killed by a trombone or some flailing limbs. If this bizarre yet oddly satisfying type of music tickles your fancy, you’re in luck as H.C. Behrendtsen are set to release their self-titled, debut album on November 11 via Schatulle Bömm. Give them a follow on their socials (Facebook, Instagram, Bandcamp) or even swing by their band website to stay in the loop of all things utterly peculiar.