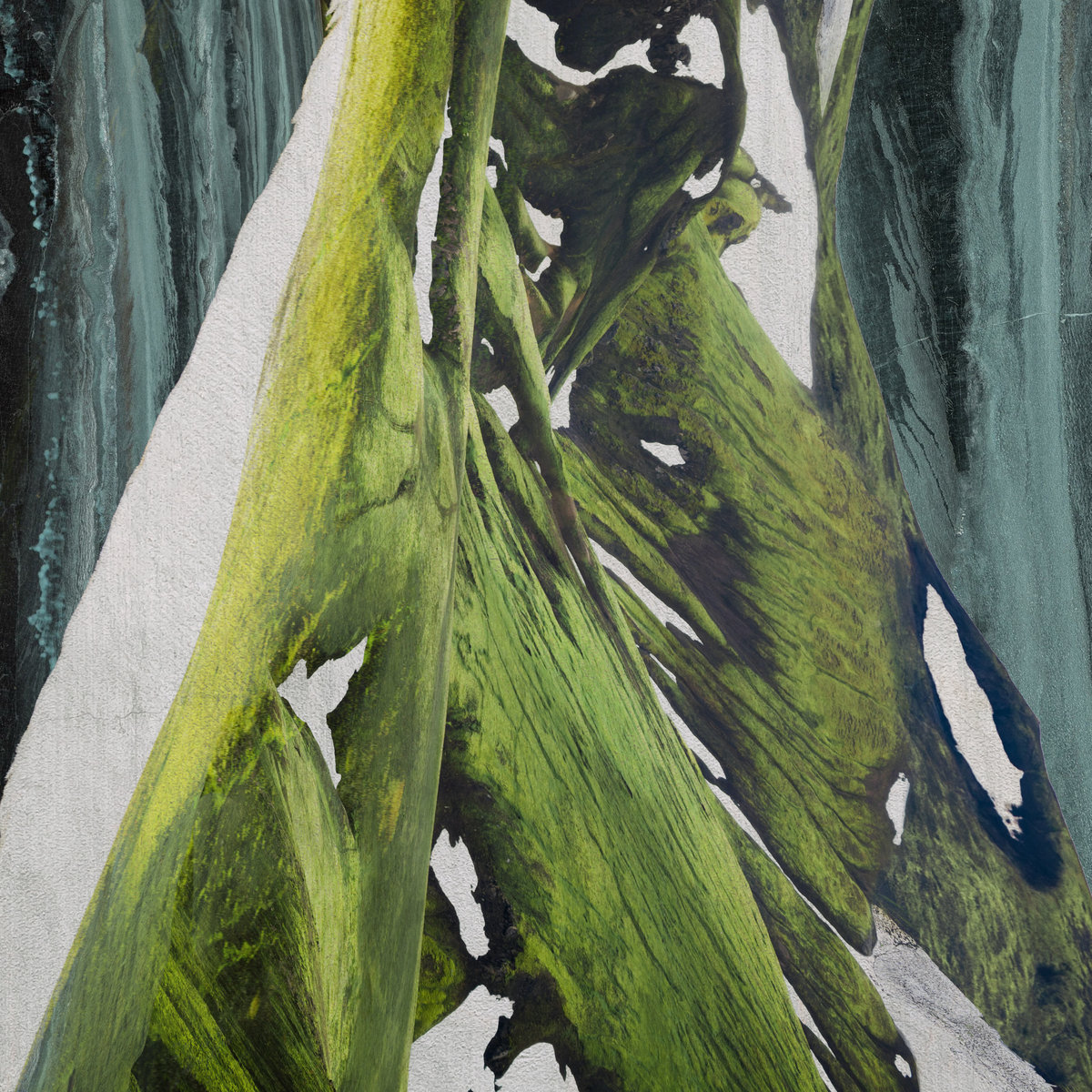 ‘t Geruis (Dutch for ‘the noise’ or ‘the sound’; close to the German ‘das Geräusch’ – little tidbit for my etymologists out there) is a Belgian music project residing within the vast expanses of the ambient and drone denominators. First surfacing in 2018 with a self-titled release, ‘t Geruis deals in an almost tangible brand of sound where every note seems to be the lingering echo of a hundred others that didn’t make the cut, resulting in a music that’s felt as much as it is heard. Slow Dancing on Moss Beds is the project’s latest record, and it’s difficult and delightful in equal measure.

In a different review over at The Quietus, writer Marthe Lisson referred to album opener “la petite rivière” as ‘a study in visceral sadness challenging listeners how much they are willing to take’. Not to be a contrarian, but it was my disagreement with that one sentence that prompted me to take up this record for review in the first place. To me, this song much less signifies outright sadness than a deep-rooted melancholy, the rumbling sigh of time in a forgotten woodland. At worst, this is a heavily neutral emotion, a liminal state untethered from notions of positive and negative; to me, personally, melancholy has always been both – a wistful ache, if you will.

Built from field recordings, piano snippets, and carefully sculpted and layered drones, Slow Dancing on Moss Beds feels much more deliberate and meticulous than the run-of-the-mill looping fare you tend to encounter on many an ambient drone record. While ‘t Geruis does work with ‘found melodies in these pieces, a gift from trees, wind, machines and people’, as stated on their Bandcamp, these aren’t simply presented as is – you can feel the time spent on painstakingly shaping and assembling them in this specific way. This is no aleatoric music but the exacting touch of someone with a vision and the means to make good on it.

As much as you can shape nature to your every whim, though, you can also decide to let it run its course; the same goes for music, obviously. As long as what you sow and what you reap from it are exactly what you’ve been intending to, there’s a modicum of freedom for your crop to grow unperturbed. What I’m meaning to say is that while ‘t Geruis clearly worked Slow Dancing on Moss Beds to his specifications, it never feels forced or artificially restrained, almost like art and artist were working in unison to achieve the dense but sprawling soundscapes presented to us over the record’s 40-minute runtime.

Slow Dancing on Moss Beds is like a knowing, feeling force of nature; it flows relentlessly, but not without compassion. Though less monolithic than the drone loops of William Basinski, for example, thanks to it being comprised of distinguishable compositions, it can be a similarly impenetrable experience depending on the mindset you come to it with. It’s like spending an hour in a remote forest, unmoving, its sights and sounds just washing over you, and whether that makes you feel at peace or on edge is entirely up to your own interpretation and emotional state. This sense of guided ambiguity makes Slow Dancing on Moss Beds such a rewarding and perplexing record – ‘t Geruis is with you for every step of this journey but won’t interfere with your own experience of it, and that’s the exact kind of tact you need to craft an outstanding drone record like this.