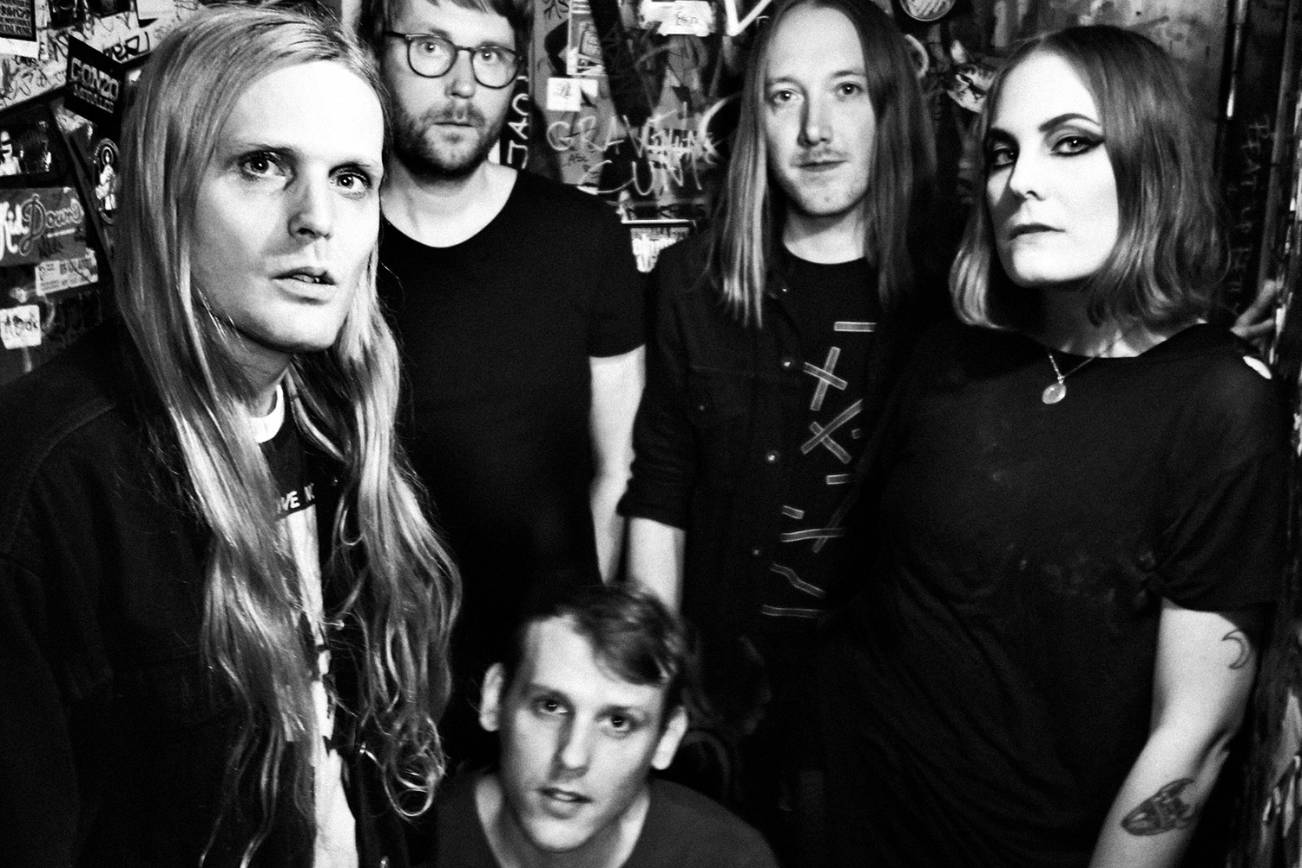 New Sun is a epic fucking quest that should be kept on repeat.

A vintage sound can be a tricky maneuver to pull off. In one camp, you have disingenuous bands like Greta Van Fleet or Wolfmother producing soulless shlock for shameless money grabs that piggyback on nostalgia in an act of boring retread; all of it is familiar and none of it is exciting. In the other realm, you have bands adopting frameworks with longstanding established elements from past decades, and they are vintage by principle but do not lack creativity, authenticity, nor do they come off as just trying to play the part. A few acts come to mind for me: The Black Angels with their drenched 1960s psychedelia, Uncle Acid and The Deadbeats with their ’60s-instruments-and-production-equipment-only zeal,  Ruby the Hatchet with their big and loud, yet cool to the touch style, and with New Sun – Stiu Nu Stiu. What they’ve have put forth is a dark and epic journey that delivers opportunity to get lost in vast soundscapes that don’t ever feel old, but wholly vintage in every good sense of the word. This album quickly became one of my favorites this year as it pleasantly caught me by surprise, having never heard of them before now.

It’s always a treat when you find a well-established outfit that is your own personal hidden gem. This album as an introduction is a bit of a misnomer in sound and function, but not lacking in creative authenticity, and merely expands what this band is good at (which is a lot). When I dug into their back catalog, it became apparent how we got to New Sun. Fake End treads heavy into shoegaze territory with its giant towers of sound, intricate – yet always a few steps from crumbling. It’s a fragile and loud record that delivers emotive range. Sick Sad Love reverts more towards the vintage psychedelia that is the weight of New Sun, and shapeshifts throughout. Both albums are a fantastic listen, and lay decent ground for the band to expand its sound.

The initial feeling I had in taking this album all in was the epic quest of it all. Part of my favorite appreciation of the ’70s fantasy rock is the building of atmospheric relevance. When scrolling through the likes of Deep Purple, Black Sabbath, and Dio, there was always this commitment to being larger than life. Some folks may call that stadium rock, but where I think it differs is the approach to songcraft. While stadium rock can be fun and light-hearted but loud, fantasy rock took the loud elements, amplified them with density, and tied it all to a mythology of some sort. It gave many smoke-filled rooms plastered with black light posters plenty of material to meditate on. While the likes of other vintage rockers are trying to appear edgy to the ‘folks who buy their vinyl at Urban Outfitters’ crowd, Stiu Nu Stiu will lend its hefty authenticity as a palate cleanser and sincere call to form.

What we get with New Sun is what solemnity and hesitancy, underpinned with wonder and worry, sound like. “Styx” meanders with the intro for almost the entire track as Jessica Mengarelli warps her vocals in a space that lands between Ann Wilson of Heart and Jonas Bjerre of Mew. If you asked me to elaborate on that, I happily can’t, because Stiu Nu Stiu are shapeshifters, and pinning them down in a direct comparison would be anything but respectful to how this band maneuvers.

“Siren” reverberates with a ferocity that makes it feel as if it were recorded in some seaside cave. It’s a wildly dense, layered approach that gives a lot of opportunities to focus in on the individual elements or take it all in at once. “Zero Trust” does a decent job of ratcheting up the anxiety and hesitation with its repetitive competition, while Jessica again does the vocal equivalent of ritualistic Dionysian fireside dancing.

Arguably my favorite track on this album is “Nyx”. The vocals and lyrics lend its delivery to something akin to an exhausted lover approaching apathy. The instrumentation reverberates, but isn’t drowned out by effects. The booming tom-heavy, almost cymbal-less percussion thunders as the bassline drags in a gritty texture. The guitarists abandon the traditional lead and rhythm separation and choose instead to play off each other, and essentially lean into what sounds like a secret language call-and-response. It’s a sad and sincere delivery of emotional turmoil, and I just can’t really get enough of it.

The only track I wasn’t too keen on was “Dragon’s Lair”. Although I absolutely adore the title, and the composition is sound, I’ve never been too much of a fan of spoken word pieces for whatever reason, but that’s not necessarily a critique as it is a personal preference.

I hope these folks come to my neck of the woods sometime soon. This entire album is a blast from beginning to end, and its dynamics are on full luminescent display. I can hardly imagine how it would sound live, but the prospect of engaging with that energy in a live setting has me intrigued beyond belief. Easily one of the best albums I’ve heard this year, and solidly secured a spot on my end of year list, respectfully.