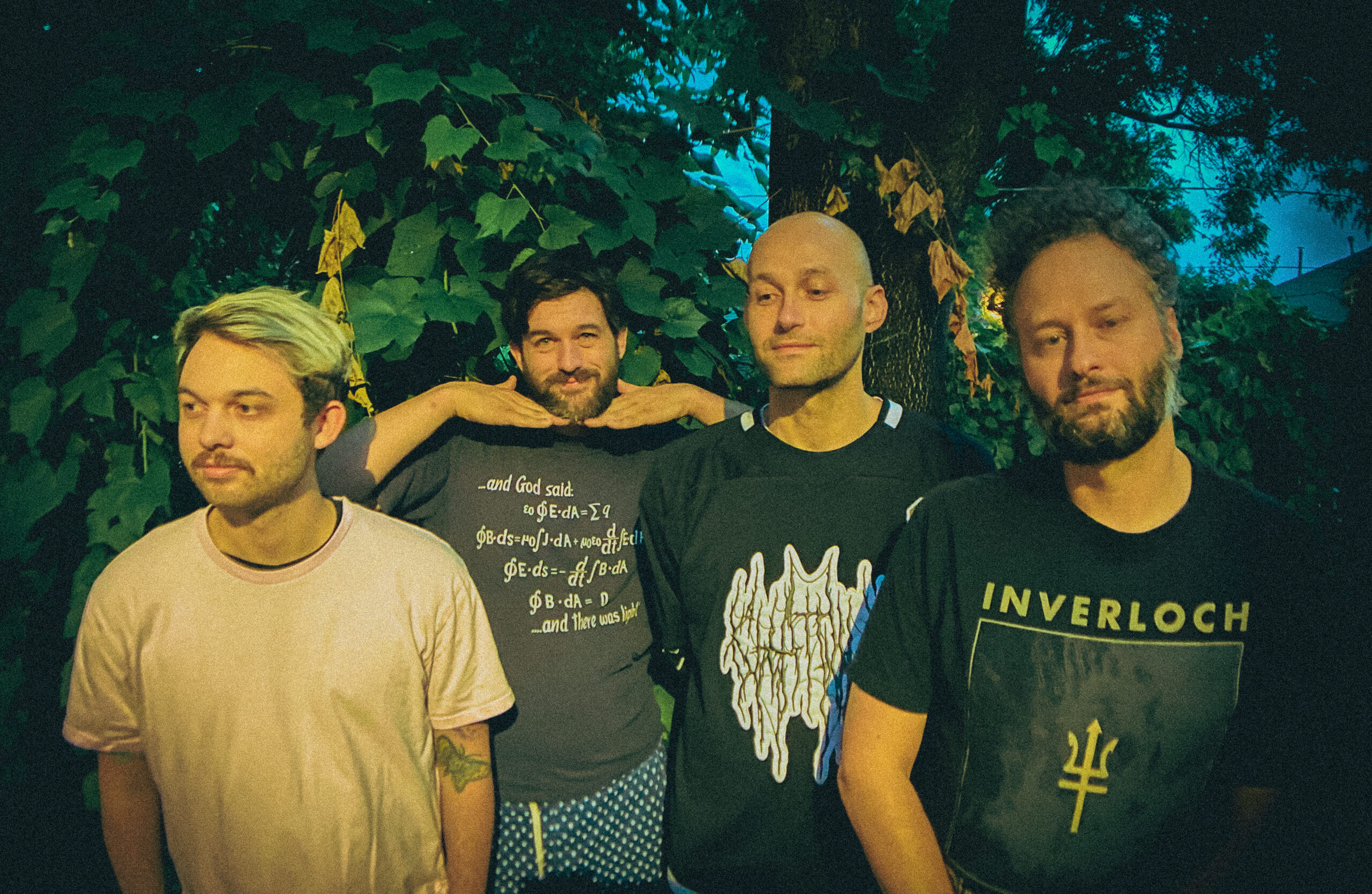 You’re simultaneously invited to and not welcome in God’s Country.

Doomnoise. Death Grunge. Noise rock. So many attempts at identifying what kind of music Chat Pile are making, and while the effort to do so makes sense, it is a bit futile. Chat Pile have been making their own version of music for years now, and there’s simply no shorthand to describe how they sound. At times it’s punky and aggressive; at others, it’s somber and reflective. That’s not to say that much of what they do is incredibly familiar. Frankly, I think I could challenge you to play any 5 seconds of this record and you’d still have no idea what’s going on, which is probably why The Flesner scooped them up. The only way to know what this band is up to is to listen to them. Their previous EPs, This Dungeon Earth and Remove Your Skin Please, are a great introductions and God’s Country expands on these ideas and deepens the ones that were already present.

It would be really easy to focus on what makes Chat Pile unique and, frankly, pretty weird. The half-spoken delirious vocal delivery, the heavy percussion-based compositions, and the detached lyrics are all whipped together into tracks that really could only belong to this band. Now, as cool as that is, having unique ingredients doesn’t mean that product of your recipe is good. It could be a disaster. What’s important is taking what makes you unique and fusing it all together into something that – regardless of accessibility – gives the listener something to grasp and identify with. Somehow, Chat Pile manage to pull this off. Even though literally every sound they’re making seems to be outside the lines and impossible to grasp, there’s enough rhythm and weight to keep the listener engaged.

‘Remove all your skins/and walk in new light’

Each moment in God’s Country is engaging because this band is playful. Yes, playful. No, this isn’t music to frolic to, at least unironically – Chat Pile aren’t afraid to double down and repeat moments that are unsettling just to the right amount to maximize the effectiveness without becoming rote. The opener “Slaughterhouse” finds ways to bludgeon you over and over again, but from different angles each time. Slight changes in a repeated lyric, a wrinkle on a riff, and the list goes on and on. This type of creativity feels so full of life and dangerous that it’s truly unsettling to listen to it, and that’s meant as a massive compliment.

‘A kind of darkness you just never get used to’

The lyrical themes on God’s Country range from rants against homelessness issues on “Why?” to the introspective musings of loss on “Pamela”. Lots of ground is covered here and each song gets a tone-appropriate vocal and instrumental approach, with songs becoming more frantic or somber depending on what the mood needs. Regardless of that approach, everything seems to just fit, and fit perfectly. “Anytime” goes more straight-ahead and feels like it could be pulled from the post-grunge alternative era of the late ’90s. Of course, that’s followed up by “Tropical Beaches, Inc.” where the vocals descend into a defeated mumble before escalating into an impassioned frenzy, and guitars and drums feel like they’re trying to smash a hole into your skull. The throughline present in all of these songs is aggression, sadness, pain, and repressed feelings. It’s a heavy album, and that heaviness is found in every square inch.

‘Stop looking at things that aren’t meant for you’

What can I say about this album that listening to it won’t do for you? Well, I can tell you how it felt to me. From start to finish I was pulled into the drama, but in some ways, I felt like I shouldn’t be witnessing any of this. The deranged rantings, manic and violent thoughts, deep despair and sadness, and the chaos that comes along with depositing those raw emotions into one sitting – it’s raw and haunting in the way that few albums are. God’s Country is an album that can change you, and I really can’t praise it any more than that.