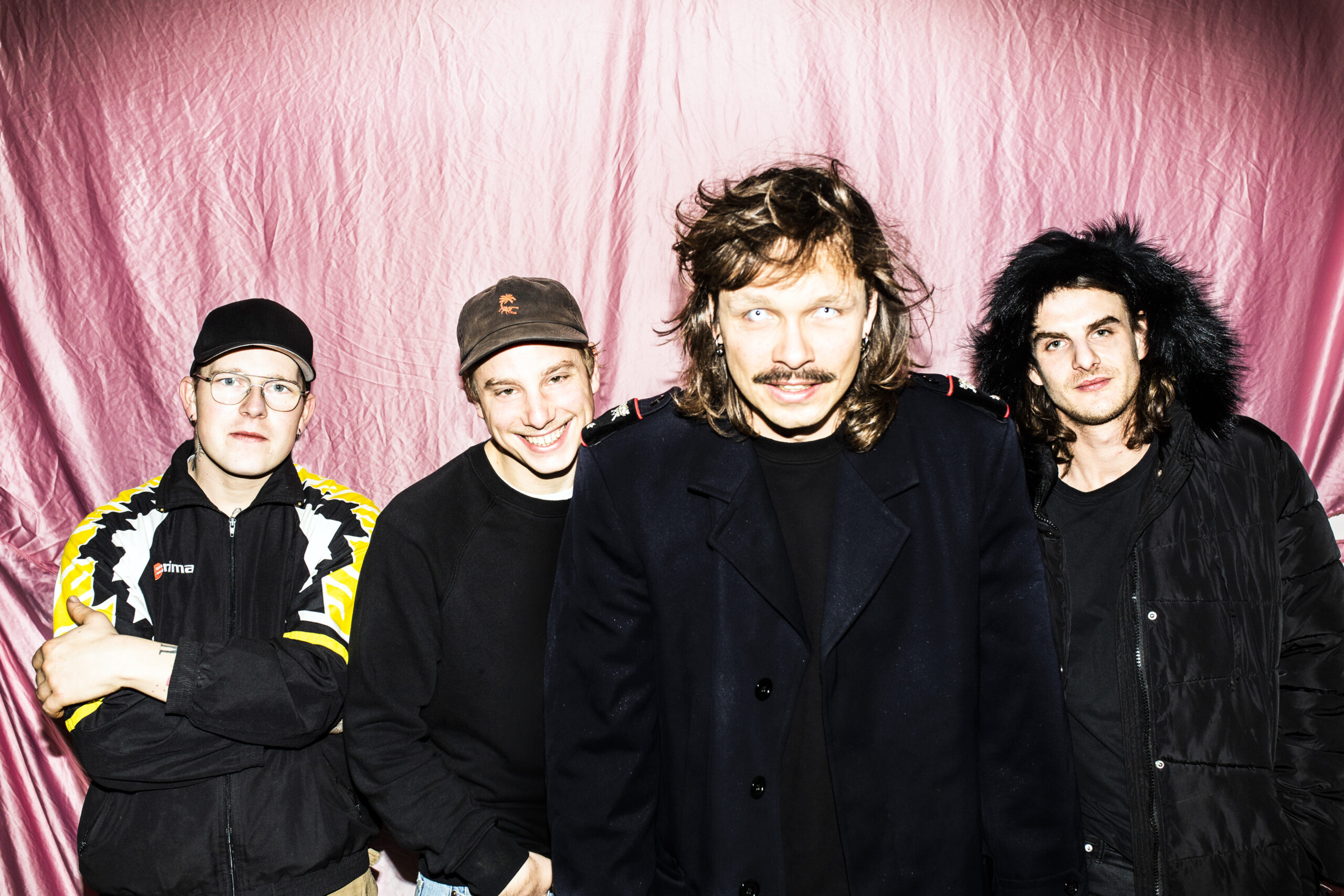 By Pete OverellSeptember 29, 2022 No Comments

STAKE‘s discography is insanely hard to pigeonhole at the best of times, so let me just tell you that their latest, Love, Death and Decay, will deliver the metal goods for you on this fine day.

Going through STAKE‘s library is fucking crazy. The four-piece from Belgium, previously known as Steak Number Eight, haven’t ever locked down on a sound, and holy shit does it make their albums so dynamic, so interesting. Their latest was a very quick contender for a place in the top ten of my album of the year list after the first few listens too, hitting me with those sweet, sweet riffs. Having requested a progressive post-hardcore record to review, I was met with this epic, albeit gritty and thematically sad record that ticked not only those boxes but also introduced elements of grunge, sludge, and post-rock.

After nearly a month of smashing the record in many walks of my life, it has admittedly slipped out of said top ten due to how the album closes out, but two or three tracks will be contending quite easily for the best of the year. “Deadlock Eyes” and the quite hilariously prophetic song “Queen is in the Dirt” have some of the best build-ups and climaxes of songs I’ve heard this year, with me frequently losing my shit to both.

One of the problems with these two monster tracks is that they are so good that the rest of the album doesn’t seem worth it. “Ray of the Sun” is an emotional track for the band, covering some harrowing themes, and my heart goes out to them for their losses, but I just didn’t enjoy it after repeated listens. The final song, “Dream City” is a real damp squib, which often gets skipped nowadays. Apparently, the track will open the album on physical copies, which is a bold move from STAKE, considering its length and lack of energy.

Negatives aside, let us focus on the other six excellent tracks. The title track that opens the digital copy absolutely fucking slaps. Exceptionally well-written, with a middle section that almost makes you completely forget about the abrasive, sludgy guitars that pound you as you begin the track. Revisiting those riffs, but with exceptional intensity towards the end of the track really sets the bar high for the rest of the album, but STAKE delivers over and over again.

“Deliverance Dance” is a complete fake-out, seeming like a slow, grungy ballad but accelerating into post-blackened-alt-rock chaos, complemented by synths by the end, the energy really taking me aback every time. And each time, I applaud the mix, because it is so easy with this amount of sound to have layers get completely lost or overshadowed. With STAKE, it feels like a Deftones record has collided with Destrage, BEAR, and The Dillinger Escape Plan, so you can easily imagine the soundstage from that alone.

The final track I haven’t mentioned so far is “F*ck My Anxiety”, an absolute ripper of a track that just doesn’t let up. The energy is cranked to the max in this track, and the message STAKE put forth is spot-ond. It feels short, but it’s a four-minute maelstrom of high-intensity sludgy hardcore. Then follows the real meat of the album with “Queen in the Dirt” and “Deadlock Eyes”, both taking STAKE‘s metal credentials to the stratosphere. “Queen in the Dirt” really feels like a homage to Dillinger, but with a heavier doom take.

The riffs that make up “Deadlock Eyes” are some of the best of the year, and the video is a laugh to boot. The Mad Max post-apocalyptic vibes are quality. Love, Death and Decay tackles some pretty intense and personal themes throughout, and it’s a testament to the band’s mature songwriting that it sounds so fucking good at the same time. Make sure to give this a spin when it is out!