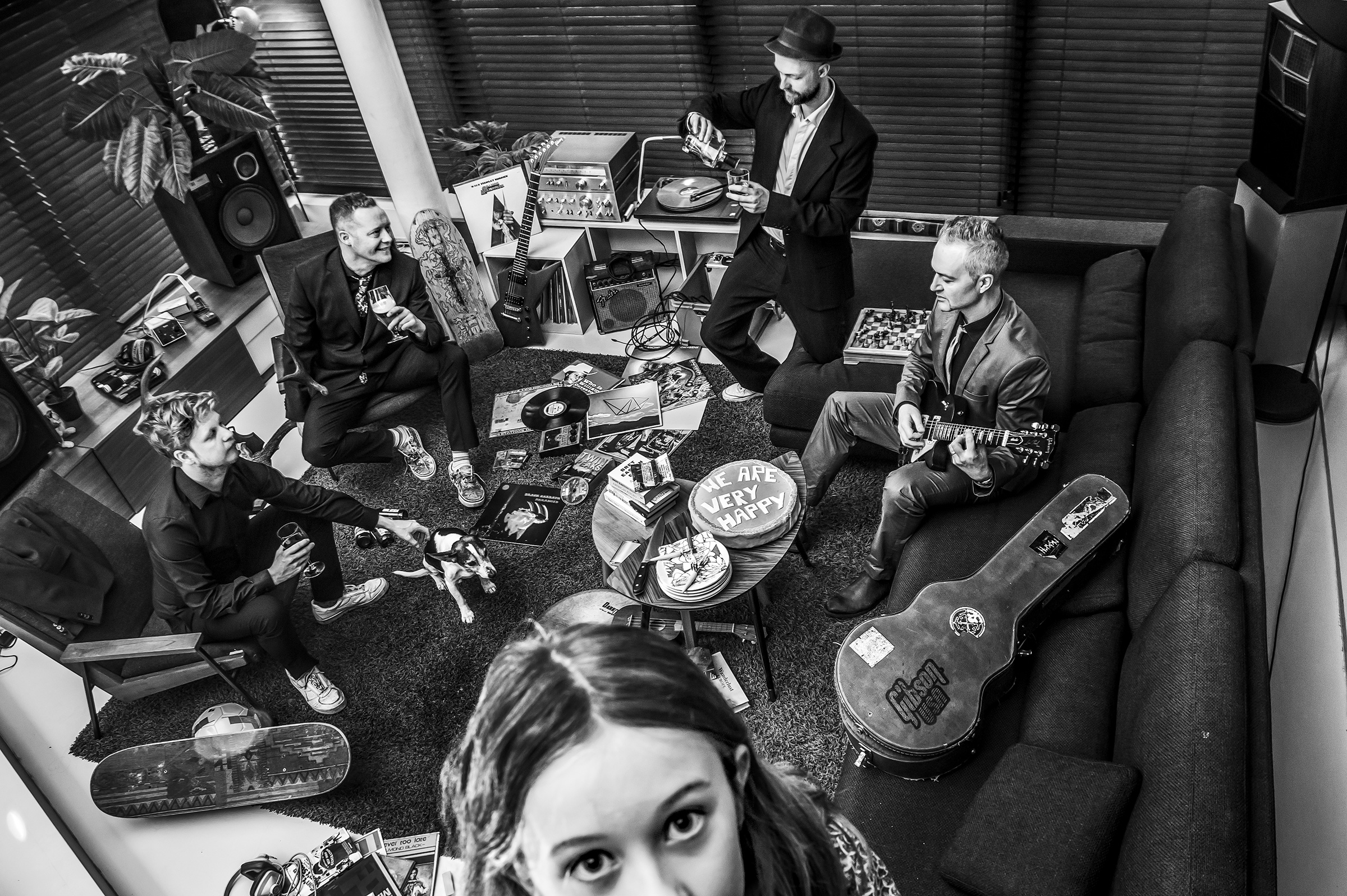 Ghent, Belgium’s sludgy, post-metal outfit, Huracán, are every bit of what their name implies. With efforts such as REALM OF INSTABILITY and their self-titled under the belts of these storm-bending riff lords, it comes as no surprise that We Are Very Happy will excite and haze you simultaneously. By way of powerful string work on both guitars and bass, relentless drumming, and mesmerizing vocals, at times psychedelic in nature, but no less shrieking and shrill when needed. This album has a packaged deal of all the best pieces of sludge metal, maximized with passion and its own brand of ingenuity to truly set it apart from both influences as well as find its way on your ‘favorites’ playlist. Today, we get a first-look, premiering the album ahead of its September 30th release date!

As the album’s Bandcamp description reads, ‘It is a record looking to balance the dark with the light, to present exhilaration as well as fury’. The concept of a productive use of negative experiences and transforming the bitter, brooding emotions that might come with them into a raw power which, in turn, fuels a revival of the spirit and moving on stronger is well-represented from start to finish on this new album by Huracán. From all the memorable headbang-worthy moments of tracks such as “Bruises” (with a visually-stimulating music video to boot) and “Bending Trees”, to a song concluding on an effect that resembles burning to a crisp as it fades to a horrifying nightmare-sequence sample in “Unfortunate”, the juxtaposition of chaos and triumph never slows its presence.

The instrumental interlude, “Still There”, serves as your one and only ‘cool-down’ moment to breath before you are propelled right back into the flame as it carries into “Kings of the World”. It’s as if you’re in a boxing match with an invisible opponent, and this is that one sip of water your coach blesses you before saying ‘Come on, kid, get back in there!’ and plunging you right back in the ring. Be sure to have this album at the ready during your next big Super Smash Bros or Mortal Kombat tournament! I especially appreciate the almost blackened nature of the high screams provided by bassist Bert Roos, which adds all the greater a pump of adrenaline while you select your character in the aforementioned fighting games.

If you’ve somehow missed out on Huracán’s previous treads of turbulence with a tempo, now is the time to come out of your shelter and jump into the storm! We Are Very Happy will happily be released on dunk!records September 30th, and you still have time to preorder if you click this link! But act fast, as a storm leaves just as quick as it arrives! Be sure to keep Huracán on your Doppler radar via their Facebook, Bandcamp, and Instagram.