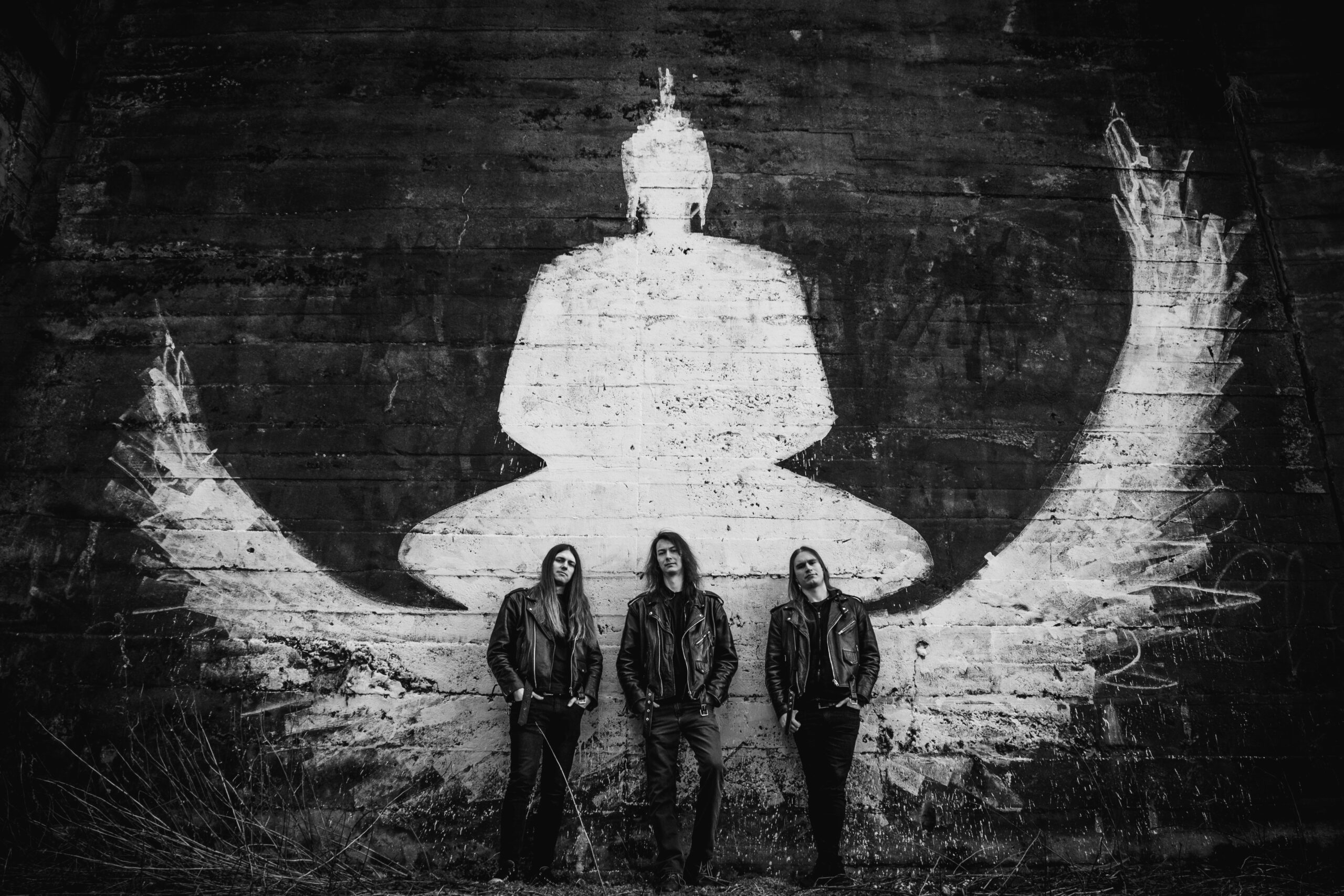 This year seems to have passed in a flash, musically. It feels like only yesterday we were seeing fine releases such as 40 Watt Sun‘s Perfect Light, but this was of course released way back in January. As we get closer to the end of 2022, the new music continues to rush in. Today, we have a fine premiere in the form of a new track and video from Nuummite, a three-piece with a love of all things metal. Formed back in 2018, the band managed a few small releases pre-covid before completing and releasing their debut album Celestial Triarchy, which received its release via the mighty Trepanation Recordings. Now the band are ready to release their new single “Doublethink”, with an accompanying fractal animated music video from Hungarian artist Ágnes Gundel.

“Doublethink”, inspired by terminology used in the influential novel 1984, sees Nuummite get stuck straight into the noise with guitars hammering forward immediately. We get a little insight into the mind of drummer Michael with a simple changing of cymbals in this opening to keep things interesting. It is the drum parts that continue to provide the bedrock for the piece as it trundles forward, the percussion ever changing to continuously change the feel of “Doublethink”. Paired with the intricate guitar and bass playing, Nuummite show their development as artists, delving further into psychedelic territory with this new release. Interestingly, with all its intricacy, it is the straight forward final minute of loud chords that provide the most enjoyment for me, bringing a satisfying conclusion to a fine piece of music.

For the many of you who have enjoyed listening to “Doublethink” today, you are in luck, because you can pick the track up right now over at Bandcamp. While you’re there, make sure to dig into the Nuummite discography and check out their previous releases. I am sure it won’t be long before we hear more from the band, so be sure to follow the Facebook and Instagram pages to keep up to date with any news and releases.