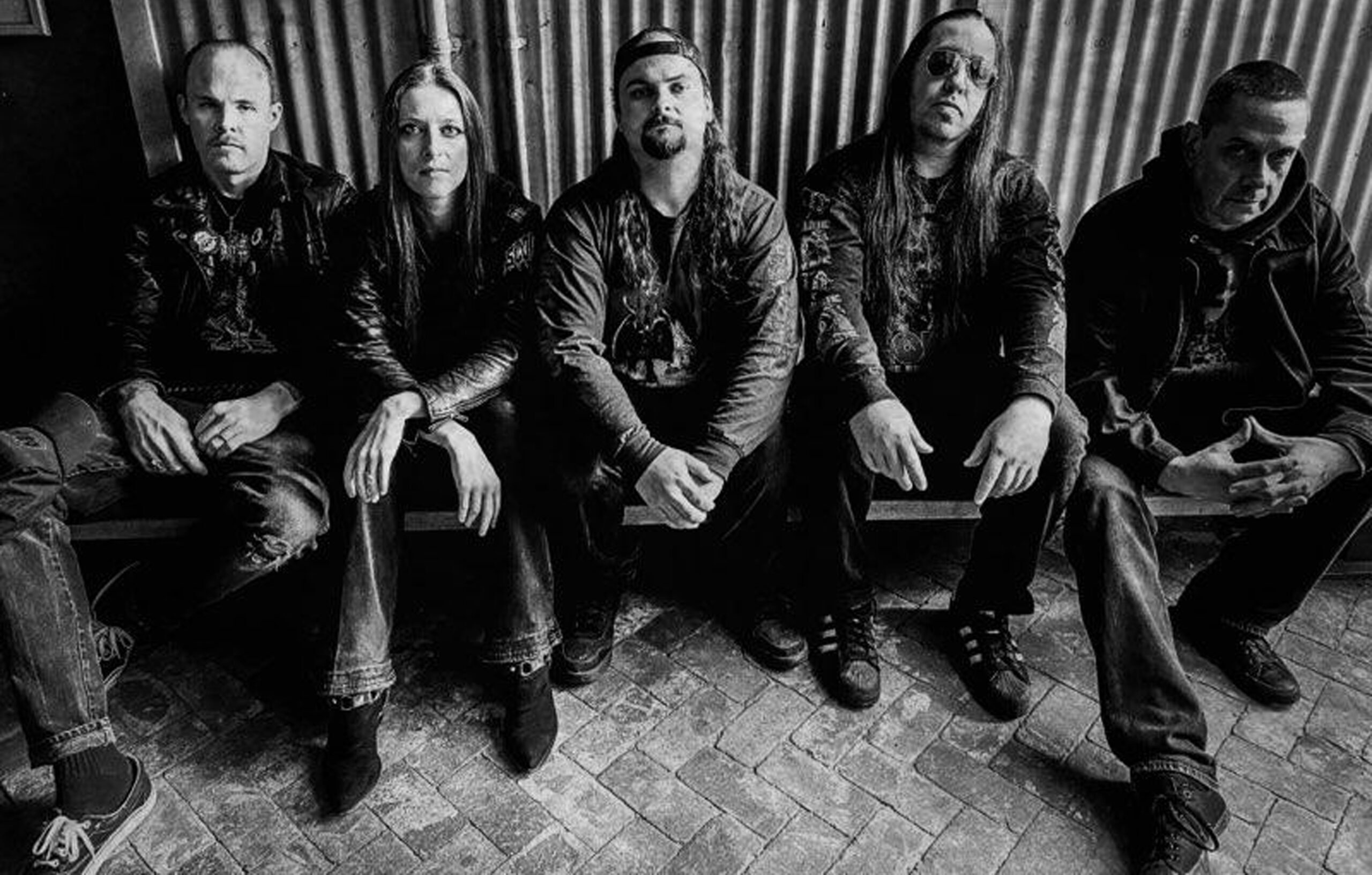 By Jake WaltersSeptember 27, 2022 No Comments

God is dead. Or so Acephalix would lead you to believe. Dirty death metal in the hands of this veteran band, however, is very much alive.

Ah death metal, we meet once again. I can’t be the only one thinking that the second half of this year has gotten downright ignorant with excellent metal releases, and the OSDM revival seems to be in full swing. In this somewhat crowded field of music that seems to get even denser with every passing week, some bands are standing taller than others. As with most things, opinions will vary on which bands are doing this death metal thing well and which are faltering and failing to uphold the genre’s legacy and standards, which themselves are of course subject to interpretation. I have stated many times that black metal seems to be quite malleable. You can make it atmospheric, throw banjos in it, and so forth and so on. Death metal, it would seem, is not afforded that same flexibility. Sure, bands over the years have rearranged the layers here and there, but death metal has a very specific recipe, and if you add too many ingredients, you’re no longer making what you set out to.

When it comes to the current crop of death metal, few bands are serving up unadulterated death metal with the quality of Acephalix. Aside from a four-year hiatus (from which they thankfully returned), their death metal lineage has been ongoing for close to 15 years, and Theothanatology is the culmination of their collective experience. Not only does each ingredient get the proper amount added to this murky stew, but each one is of the highest quality. That was the last time I’ll use a food analogy, I swear. To that point, however, it can’t go unnoticed that all of the parts that are needed to build a great record are here and each one, as one track on this album would say, is “Pristine Scum”. The crunchy, chunky guitar tone, thudding drums, punchy bass, and charismatic vocals, all are top shelf.

To my initial point, do not expect anything flashy on Theothanatology. This is an album about the death of deities. The only non-traditional ingredients here are the few spoken word aka sermon samples sprinkled throughout the album, but those are hardly a rarity these days. These are rumbling, tumbling, gut-punch death metal tracks from start to finish. “Godheads” leans into Entombed-style rollicking riffs and rhythms while “Abyssal” just might be my favorite death metal song of the year. The groovy intro and the escalating riff cacophony inserted into the spaces between the vocals is easily one of the coolest-sounding things on a metal record this year.

To say that every single death metal staple was present on Theothanatology would be only a slight exaggeration. There are blasts, echoing grunts, pinch harmonics, punch harmonics (I just made that up), and the like. But what makes a great album isn’t the presence of these things; it’s how well they’ve been implemented and how natural they feel, in my humble opinion. There have been few death metal albums this year that have been this fun. I have listened to this thing over and over again and keep coming back for more. “Innards of Divinity” has claimed the best song title of the year for me, but also includes a nice little riff that parallels the vocals and gives this track a unique flavor. Every song has its own identity. When it comes right down to it, I think that is what sets this album apart from a lot of the death metal that I have been listening to lately.

Acephalix have always been beastly songwriters with great riffs, but it seems as if the bar has been raised considerably with Theothanatology. As you can probably tell by now, this isn’t a flashy record by any stretch, and to their credit, Acephalix are only playing to their strengths. It turns out that making great death metal is where they are the strongest, and if you are a bit bored by the attempts of many to reinvent death metal, I cannot recommend Theothanatology enough.