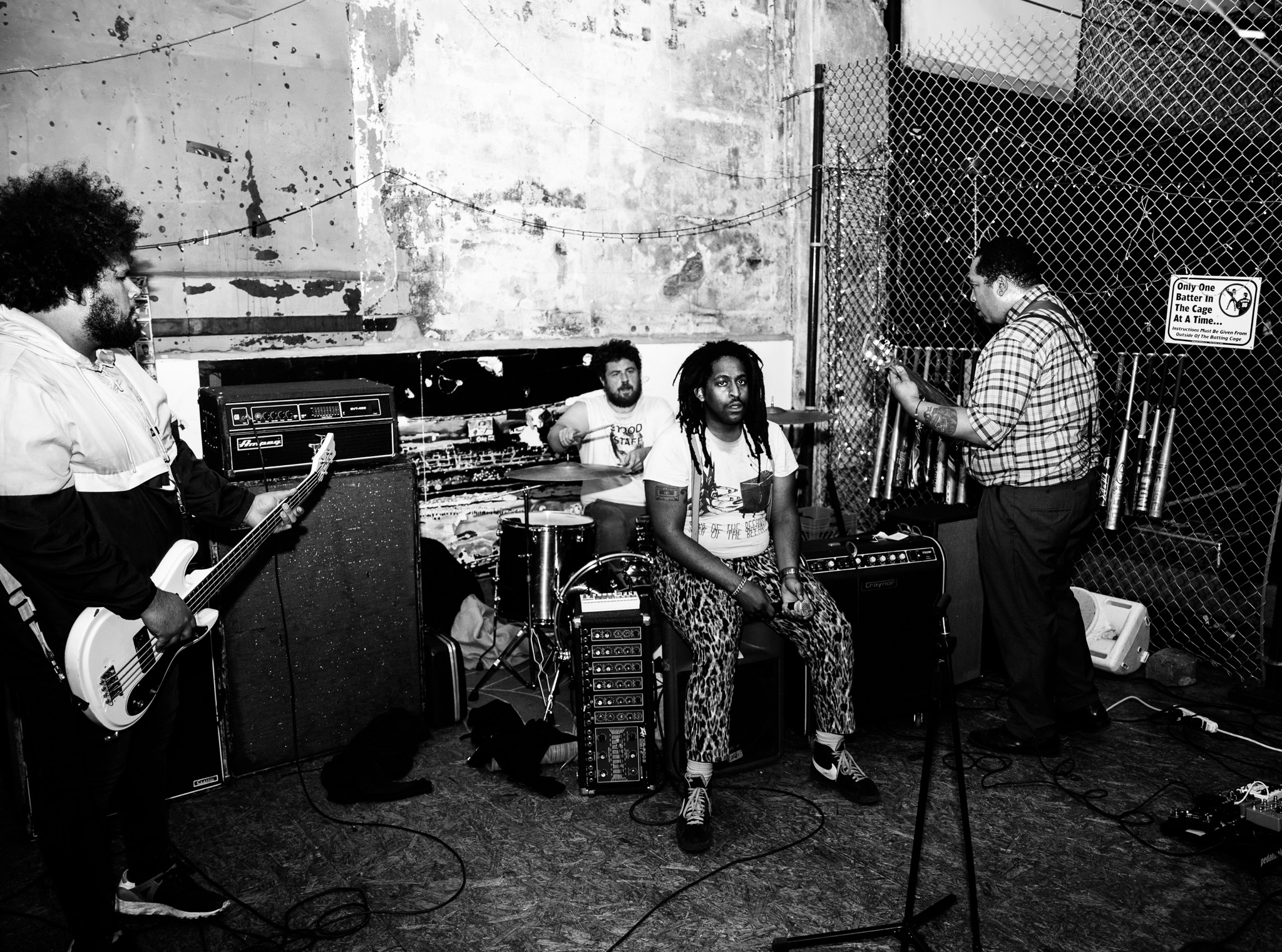 SOUL GLO – “Songs to Yeet At The Sun”

By David RodriguezDecember 3, 2020 No Comments

SOUL GLO are more incendiary, clearer, and better than ever on Songs to Yeet At The Sun, a raw hardcore romp that’s equal on style and substance.

Sometimes, you just gotta… express yourself. There’s a lot to yell about nowadays as we descend ever deeper into a police state and Euro step further past the line of fascism, anti-science rhetoric, and misinformation. Like they say: if you ain’t mad, you ain’t paying attention. Music’s proven to be a great way to at least vent about all of this and – I feel like a broken record saying this – 2020 is rife with things to scream and yell about to rhythm. It’s just like Dre said: ‘Add it on a dope beat and it’ll make you think‘.

Coming from Philly has to come with some intense baggage on its own. From events as recent as the state-sanctioned murder of Walter Wallace Jr. all the way back to the MOVE bombing in 1985 (seriously, do some research on that and see if you don’t get frothingly pissed off at how much of a failure that was on all accounts), injustice runs in the city’s veins just as much as any other post-industrial urban wasteland. Currently, in my own little bubble, SOUL GLO – named after a fictional, hilariously marketed hair product from Coming to America – are the greatest distillation of the force of Philadelphia.

They came into my field of vision with their last album, The Ni**a In Me Is Me, an extremely scathing haymaker of hardcore rage that addressed big-picture issues and the very personal gripes of being Black in a predominantly white space (‘Them white ni**as you fuck with turn tiki torch real quick‘). Metal, punk, and hardcore, for all its big talk, is still contending with a ton of racism to this day, and will for years to come. That album was a buck back at all that, one hard to follow at first with vocalist Pierce’s whirlwind style of screams and yelps (thank fuck they’re forthcoming with the lyrics on Bandcamp and YouTube). Songs to Yeet At The Sun is even more pointed, even as a much shorter EP-sized hunk of searing sonics.

Not one to waste any time, “(Quietly) Do The Right Thing” (a title that itself already references tone policing) just opens up with a molotov of punk fury. Immediately, I feel the production has been leveled the hell up, a step forward from their more raw roots on their last album, even more so since their debut Untitled LP. There’s less harsh buzz in the vocals (Pierce makes up for this by really getting wild with the delivery and pace), drums snap in a more welcoming way, and guitars sound downright clean at this point. Still, polished this is not – SOUL GLO‘s approach to hardcore is more frantic than ever, capturing the house show/abandoned warehouse aesthetic of the underground in every note and screeching word.

Thematically, songs appear more focused, tackling subjects like clout, pharmaceuticals, and, in the case of “Mathed Up”, drugs. This is probably the most high-energy song which is saying something. Pierce tears apart the double standard of buying, selling, and using weed, these days a legitimate business for white America (‘If you rich, you can blow tree on TV. Yt can grow tree on TV and never ever worry about no cases, how? And get praised as an entrepreneur! Wow!‘) while millions of Black and Latinx people remain in prison thanks to racist three-strike laws and profiling (‘Jeff Sessions old ass making it harder to eat. And on the other hand, it’s places you can cop legally, but ’til they drop my ni**a charges it don’t mean shit to me‘). Between the deceivingly straightforward punk first half and extreme metal noise eruption midway through that derails it, it’s a song that hits damn near all corners of the heavy music spectrum within reach.

“2K” is something else entirely – a grimy, lo-fi hip-hop slapper. Featuring Archangel on the third verse, the track is a sexually indulgent declaration of a great need of ass. Tons of quotables abound between the two as they both fittingly blow the back out of the beat. On Pierce’s end, there’s references to his stroke being better than Bob Ross, and a desire for ass cheeks to be set free like Meek Mill (a dated reference at this point since Meek‘s been free since 2018, but funny nonetheless). Meanwhile, Archangel brings similar heat with her verse – ‘Black superhero hair twist, bitch, I’m Static/Slap a politician, now he say he democratic‘. Between the fuzzy production and fast-as-hell vocals, the song more than fits if you recognize that simple acts of sexual freedom, being – and enjoying – yourself can be revolutionary in their own rights, particularly for our LGBTQIA+ pals. I hope SOUL GLO keep this up and experiment more in hip-hop’s direction.

Across five tracks and not even 12 minutes, you’re just treated to an unfiltered exhibition of the unfurling of deep, emotional reactions. A yeet at the sun, if you will; a scream into the void. It’s the feeling of reading an exceedingly on-point Twitter thread, rooted in a lived experience that you either know intimately from living it yourself or can at least empathize with in a manner to make you nod your head in agreement and think more about your own experiences and actions. Music like this is an important aspect of creative and expressive freedom, something I know isn’t lost on any member of SOUL GLO – to be able to speak your mind, bring light to some bullshit going on that you may not be privy to, and own yourself. Of course, you can just enjoy the searing riffs, pounding drums, and cathartic vocals for what they are on the surface: really fucking good.

Like I said before, lots of great music as of late, ranging from angry to tranquil, orderly to disheveled, righteous to morally ambiguous. SOUL GLO tackle existence with a brand of realness that you don’t see terribly often, playing hardcore for the fuckers and fighters in us all, sowing unity where it is challenged, and showing there’s more voices out there to listen to than your grizzled, white punk kids we’ve been hearing for decades. Part of me hopes they blow the hell up, but really, I just hope they continue doing whatever the fuck they want. Clearly, it’s working.