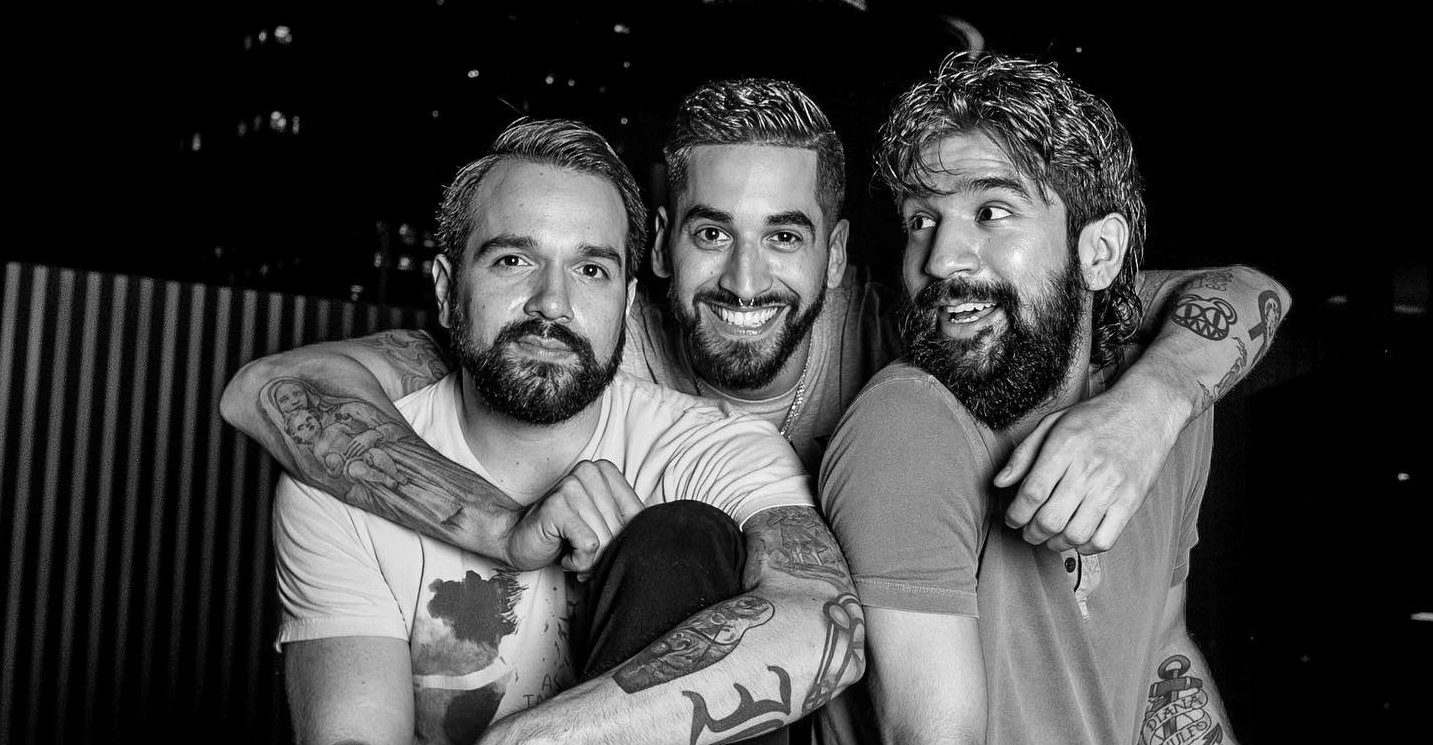 So Soon, The Truth – “Were You Ever Really There?”

So Soon, The Truth offers a cathartic and intelligent exploration of heartbreak, delivered with equal parts aggression and technicality.

So Soon, The Truth’s second offering, Were You Ever Really There? touts equal parts technicality and post-hardcore aggression. Underneath the veil of sweaty band room grunge however, lies a band brimming with talent and musicality. The unrelenting pace can seem exhausting at first, yet the variety and emotion in these songs are well worth the work. This band lacks restrain in the best way, and it shines the most once you’re fully lost in its the melodrama.

So Soon, The Truth is comprised of guitarist/vocalists JD Schwartz and Peter Huizar II, and drummer John Del Villar. The outfit draws immediate comparison to melodic post- stalwarts Circa Survive and Thrice, whilst dipping toes in intricacy not out of place in instrumental prog rock. My immediate impression from the Houston, Texas natives though, was of another post-hardcore powerhouse in At The Drive-In. So Soon, The Truth shares that band’s frenetic pace, where quieter passages still brim with energy, feeling more like a brief moment to catch one’s air between crashing waves of the mosh pit, elbows-in-your-face energy.

The opening track “A Betting Man” perfectly embodies this. We kick off in top gear, technical guitar flurries bookending distorted and tense vocal outcries. There are plenty of calm, delicate frames to offer contrast, but the vocal performances retain their intensity throughout. This is dark and honest content, and Schwarz and Huizar’s performances really drag you into this headspace. These first few tracks do a great job of establishing the contrasting elegance the band is known for, with plenty of room in the quieter passages for the strained and emotive vocals to fully explore some heartfelt lyrics. It’s evident a lot of care has been put into the writing for this album. This is an angsty and explorative body of work that touches on themes of heartbreak and the weight of navigating the amorphous mess that is modern intimacy.

The album’s singles “Second Love” and “Aperture” are just as frenzied as the opening tracks. “Second Love” is a flex of the instrumental skills of the band, sprinting through complex phrases and melodies. “Aperture” wails with overdriven guitars over a thumping backdrop. I have to say though, while diehards of genre might appreciate the consistency in altitude, I was starting to find it tiring. The first half of the album has a ruthless energy, full of personality and identity, but I found myself getting lost in the middle and feeling distracted by the overstimulation.

Whilst the unrelenting pace of the opening tracks threatens at times to lose the listener in a wall of sound, the album really hits its stride in later tracks such as “Old Places” and “The Shepherd”. So Soon, The Truth balance some truly beautiful melodic moments with the chaos, the power of their sound much more apparent and enjoyable from within the eye of the storm. It feels as if the band fights for its space in the opening tracks, nervously rushing to establish and prove itself. Once the room is given for simple harmonies, clear hooks and less crowded riffs, the emotion feels more authentic and fleshed out.

This change of pace starts with “Old Places”, a waltz-y lullaby, where the contrast the band’s sound is built around truly shines. It’s more of a build-up song, and the quieter segments are noticeably simpler in their writing, allowing the melodies to breathe and establish in a way some of the other tracks struggle with. “The Shepherd” is equally a highlight of the album for me, where the vocals and instruments are less of individual interweaving parts, and more cooperative. For this band I find less is more, and when the melodies are given centre stage and supported, the bittersweet atmosphere is clearer and more palatable. This track also uses tempo in a really fun way, and I noticed the Latin influences added depth and intelligence to the use of aggression within the overall intensity.

The final track “Unkept” is achingly gorgeous. It’s a simple and delicate ballad, showcasing the band’s songwriting skills with a wonderfully crafted build-up to the album’s finale. The lyrics range from the introspective, ‘Hasten through the day/The heart owns the head‘, to wistful, ‘Sweetness have you strayed?/I see it only now‘. Tremelo guitars lead a final charge (starts at 4:19 if you want to check it out), closing out the album with aplomb and spectacle.

So Soon, The Truth have produced a labour of love and a real thinker of a contribution to post-hardcore in Were You Ever Really There? While the intensity of the first half of the album threatened to stifle its full potential, the second half of this album is a masterpiece of free-spirited experimentation. At its best, this band surpasses their influences with deeper technicality, and at its worst it’s still a raucous and cathartic listen.