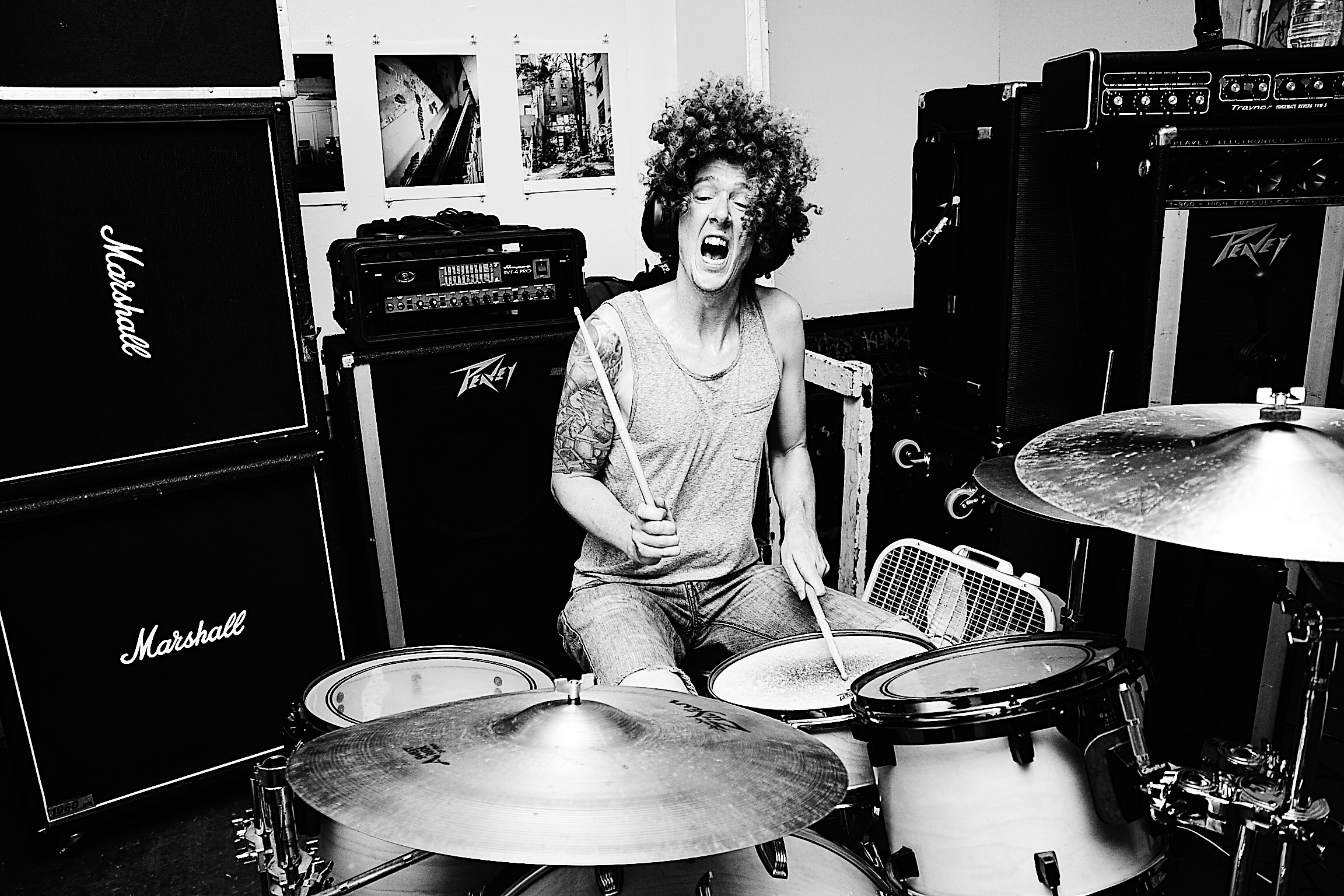 As much as I love my doom and big, dumb, simple riffs, I also adore chaos. There’s a very specific kind of chaos I like – the kind that features tart chords, jarring rhythms, distortion and screaming. I like the beauty and variety that can be found in this dissonance, and I found a lot of it in Orphan Donor’s wildly assaulting new album, Old Patterns. The solo project of Secret Cutter drummer Jared Stimpfl, Orphan Donor have unleashed seven releases on the unwitting public since 2014. I must admit, I haven’t heard any of them – thus, my brain and ears had no idea what a ride they were in for when I lost my Orphan Donor virginity to Old Patterns.

The opening track on Old Patterns, “Hamsteria”, made me feel slightly nauseous, and the drums almost gave me heart palpitations at points, but this was nothing compared to the almost complete loss of consciousness I experienced after subjecting myself to the album in its entirety for the first time. I was left feeling assaulted, wonderfully confused, and in dire need of a cigarette and a strong drink.

During my initial listen of Old Patterns, one phrase was cemented in my brain: ‘What the fuck is happening?’ It’s the common theme of the album, the one thing I can always be certain of – that at any given time, I’ll have very little idea what’s going on. I really respect that. The drumming was largely to blame for my overwhelming sense of lack of understanding. Overall, the album is like Hella covering Mastodon’s “Capillarian Crest”, but throwing in random verses by The Dillinger Escape Plan and then smashing it all through some magical alchemy machine fuelled by sweat collected during Daughters’ recording sessions for You Won’t Get What You Want. All of those things individually I can wrap my head around; even in combination they’re palatable, but it was the frantic, black metal-influenced drumming thrown into this mix that really boggled my brain. I’m a basic bitch when it comes to drums in the first place, so this was way beyond my horizon of comprehension. To me, drums serve as a solid back bone – in the case of Old Patterns, they’re more of a twisted spine.

This was especially the case on “Pole Disdain” – it’s full of these assertively dissonant chords, either tremolo-picked or played with some sort of jarring rhythm, backed by furious drumming that at times becomes blast beats. It’s so crushingly overwhelming, a tiny stop near the end seems to be the only opportunity to snatch a breath before Orphan Donor launch into the auditory assault once again. The track disintegrates suddenly and ends with just the bass, its tone so gritty I instantly dubbed it ‘anti-tone’. I thought I was safe for a little bit at the start of “Mind State Dependency”, which follows “Pole Disdain”; it’s more relaxed, with an actual sense of pleasant harmony and some lovely bass playing. But of course, this song too includes a short pummelling section, before it stays on the same yapping guitar line for so long that it becomes nightmarishly hypnotic, like being stuck in a demonic loop. When it finally does fade, the sense of safety and relief is temporary – by this time, I already knew that there was going to be no lasting respite, and that the next track was likely to be even more fucked up. I won’t get into it right away, but spoiler alert: I was right.

“Planks” absolutely blew my mind. It’s very evil, a much slower track than most of the others on the album, and, at just over three-and-a-half minutes, one of the longer ones, too. It’s also more interesting, with its richly dissonant distorted chords as well as sporadic, unnerving clean guitar lines, and terrifying panned vocals that are so far in the background they almost feel like a hallucination. The cymbals are so heavily compressed they seem to be gasping for air, everything is choking. Towards the end, the guitars sound like ominous, detuned church bells, and all that rings out is the brooding bass tone fizzling out.

Old Patterns is one of those albums that just gets better and better with every track, but also more and more unbearable. I could easily talk about every single track in detail, but I feel doing that would take some of the intrigue and surprise out of the album. I think perhaps Old Patterns isn’t meant to be understood, and much less enjoyed in the conventional sense of the word. I think it’s just meant to provoke some kind of visceral reaction, and it sure as hell did that for me. Subject yourself to it, submit to it, let it destroy your brain. It’s worth it.