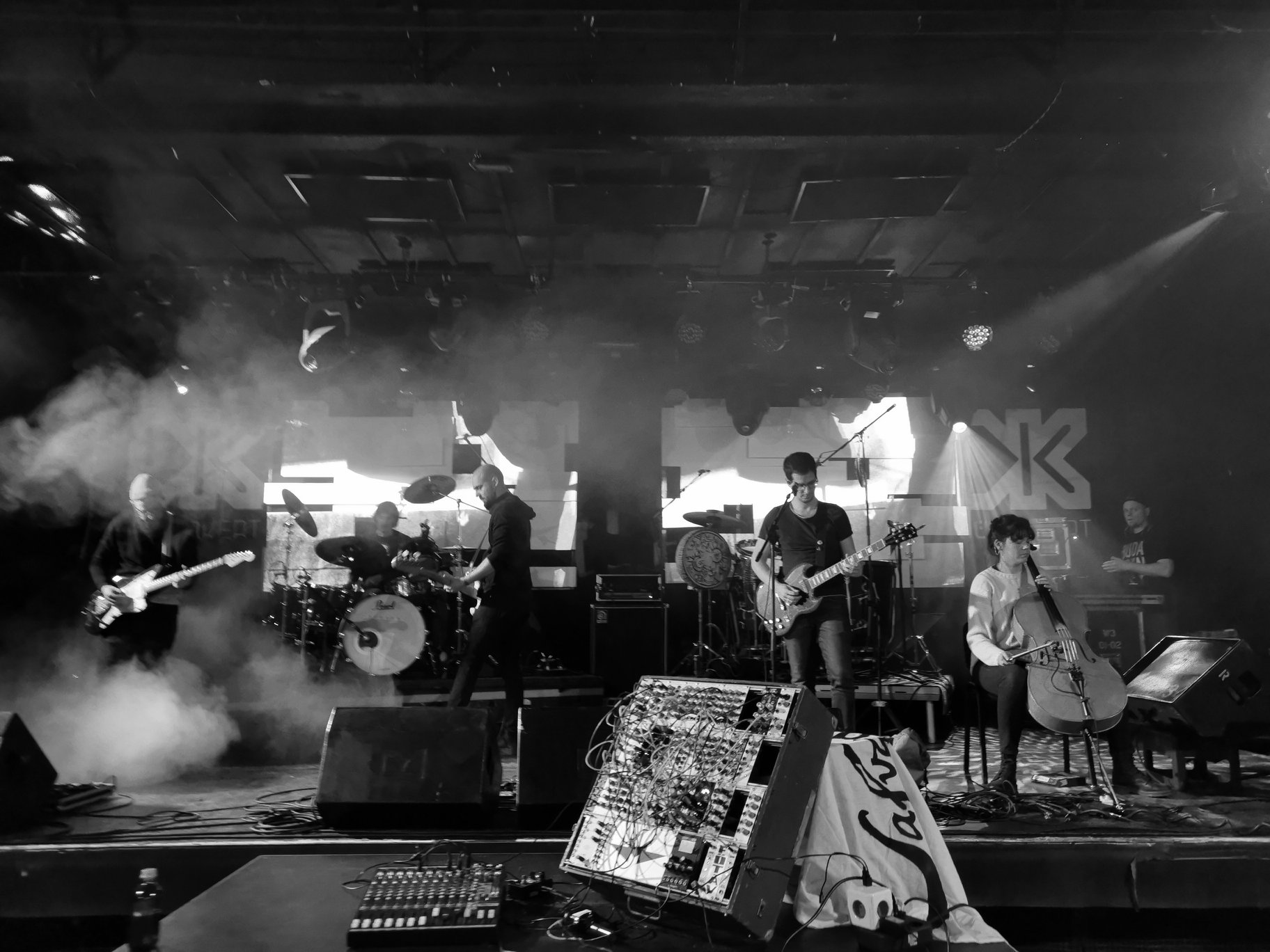 Képzelt Város are back with fresh material and it’s really sweet. Samizdat is emotionally packed and sure to carry you away.

Képzelt Város (imaginary city/Hungarian for ‘made up city’) is a rock band from Budapest, Hungary. They are comprised of Bos Michaela Lilla on cello, Kaczvinszky Tamás behind the drum kit, Győrffy Máté handling bass and guitar, Kovács Ákos on vocal duties, guitar and keyboards, and finally Miskolczi Márton on guitars, keyboards, who’s also behind the mix and the master of the latest record.

Some four years after their last album, Köd (Hungarian for ‘fog’), Képzelt Város are back with fresh material. Samizdat is the title of this sixth and newest iteration of sounds and it’s every bit as moving as the notion upon which the title draws upon. Samizdat is a word with Russian origins at its roots; it signifies the clandestine copying and distribution of literature banned by the state, especially formerly in the communist countries of eastern Europe.

Samizdat isn’t your run of the mill post rock adventure, in spite of coming off as such based on the majority of the tonalities and maybe a couple of songs. Upon close inspection, it is obvious that the record oozes a great variety of influences and elements that are blended into great effect. I’d even dare say that this is more of a rock album that decided to take on a smorgasbord of nuances, as it isn’t exactly post rock in the traditional sense. I’ll try to avoid going into this more than it’s necessary, as it is a rabbit hole that (at least in this case) doesn’t do any justice to the tunes at hand.

The album holds a sweet narrative quality to it and it shows gracefully as it unfolds with an organic and emotionally charged delivery. In the beginning, a good portion of what’s going on relies heavily on head-bobbing grooves that carry one effortlessly throughout the ethereal textures that are put on display. Around half-time on the title track, this becomes obvious as the passage unfolds. While this groovy aspect doesn’t exactly leave the scenery, it does decide over time to remain subdued under other layers, something that for example can be noticed in “Lights Out”, also sometime after the half-time mark.

That emotionally charged delivery I mentioned is slowly cultivated all across and it fully blooms as the whole journey nears its end. Some bits can even be noticed from the very beginning. The way things are mixed together is not only organic as aforementioned, but also a distinctly homogeneous blend that makes it nigh impossible to isolate the whole into each individual component. This basically translates into what is usually called great songwriting. The emotive impact is almost thunderous at times and it is tastefully contrasted by the more laid back parts.

I feel as if there is a something of an unfathomable depth that cannot simply be brought forth by emotional weight, clever layering, or the ethereal tonalities that are employed more often than not. I’m not sure how could I accurately pinpoint this in words, but it’s this unspoken desire to reach beneath the liminal thresholds and uncover that which not only lies dormant, but also unknown. I crave such impulses from music, especially as it is basically the sole medium that offers this, and as such, I think it’s awesome when an album accomplishes this so well.

Samizdat is definitely a bit of a slow burner, but the dynamic approach it has makes it very easy to digest. When it finally reaches its denouement, it will have definitely been worth the trip. It’s one of those records that you can easily look over because it isn’t flashy or flamboyant. This is the kind of album that demands an attentive listener who is in for the ride. The wealth of details that it conceals within its fabric are part of its charm so it’s definitely not easy listening either. No matter how I look at it, Samizdat is a really cool work and you should definitely go check it out, like, right now!