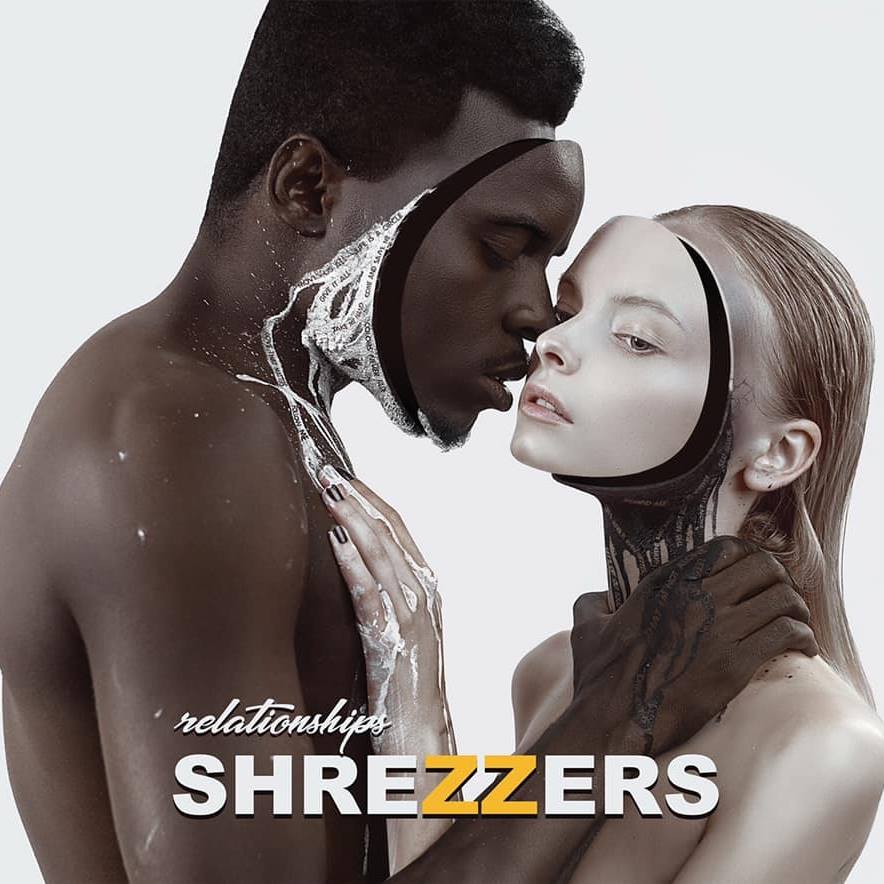 By Spencer AdamsFebruary 3, 2019 No Comments

Relationships shows itself as a poster-child for an uninspired cash-in. There are some really captivating parts, but they are not enough to save the album from itself.

Russian progressive metal outfit Shrezzers are what I can at best call a product of a generation. Mixing clean vocals and rather boring screaming atop technical riffing that comes out of nowhere, may sound like a recipe to success that other bands have attained. However, the sheer abruptness of the changes in sound can be painful to endure. I do not want to downplay the amount of talent that resides in this group. The singing, while standard, is still very good and matches pretty well with the music. The guitarists are quite skilled and aren’t afraid to show it. The drummer overall does a decent job of not overreaching to a point of just making noise in the background. The saxophone, while completely unnecessary in my opinion, is a decent enough addition to help break up the monotony of similar bands.

Excluding a completely unnecessary intro ‘track’ – as it’s just a minute and half of bullshitting about the album that is literally about to play – “Mystery” starts the record off as a prelude to essentially what the next forty-five minutes will entail. ‘Post-hardcore meets progressive metal in the most predictable fashion’ is the best way to describe what Relationships is. There is a guest feature on almost every song, making me question who actually wrote this album, the band or their features. There are some creative pieces contained, but they are more often than not drowned out by monotony.

Possibly my main gripe is that there is such an absurd amount of experimentation on Relationships. “Knuckles” shows a early 2000s rap-rock style in the same vein as P.O.D. and to an extent Limp Bizkit. This is then juxtaposed to “Anaraak”, which shows a much more technical side, showcasing a riff that sounds eerily familiar to a certain After The Burial song that I hold near and dear to my heart (10 points if you can guess it). The guitar tapping harmonies, while illustrating their notable prowess, is once again essentially thrown out for a thumping pattern on “Vivacious”. While I do enjoy experimentation, the trouble I find is how often they are used once, and then never used again for the rest of the album. That thumping pattern? It never appears again. Rap-rock? One and done. Cliche lyrics and progressive metal concepts? They’ve got plenty to spare.

It is in all of this that the amateurism shines brightest. Shrezzers doesn’t really seem to know what kind of band they want to be. Many of their songs have so many ideas thrown in them that they sound fragmented. The saxophone, while a nice change of pace, is more often than not copying what the guitars are doing, which does not provide anything more than another layer to a album that doesn’t need any more. Normally, this is absolutely fine, and seen quite often in debut releases. However, all of this compiled creates a lackluster release that leaves me feeling more confused than anything else.

I would like to make two things clear with this album. First, Shrezzers need to understand that because something is catchy does not mean it is good. Many of the songs topping the Billboard charts are not necessarily great works of art. They are quite literally created to be catchy. I am saying this to explain that, while some of these songs got stuck in my head, it wasn’t for the right reasons. These tracks are not in my head because I can connect with them emotionally, or that they are beautiful pieces of art. It’s simply due to the fact that they are catchy; that’s it, and I believe that speaks volumes to the strength, or lack thereof, of the record.

Lastly, the album is not all that bad. That may come as a bit confusing, considering what you’ve read so far, but I really do believe in the potential of not only what Relationships has shown, but what Shrezzers could become. However, that does not mean I am giving either the band nor the album my seal of approval. There is a tremendous amount of growth needed from Shrezzers before I could even begin to start considering this to be a good piece of music. That being said, I’m not giving up on them. There is potential here, but they have to realize that themselves.