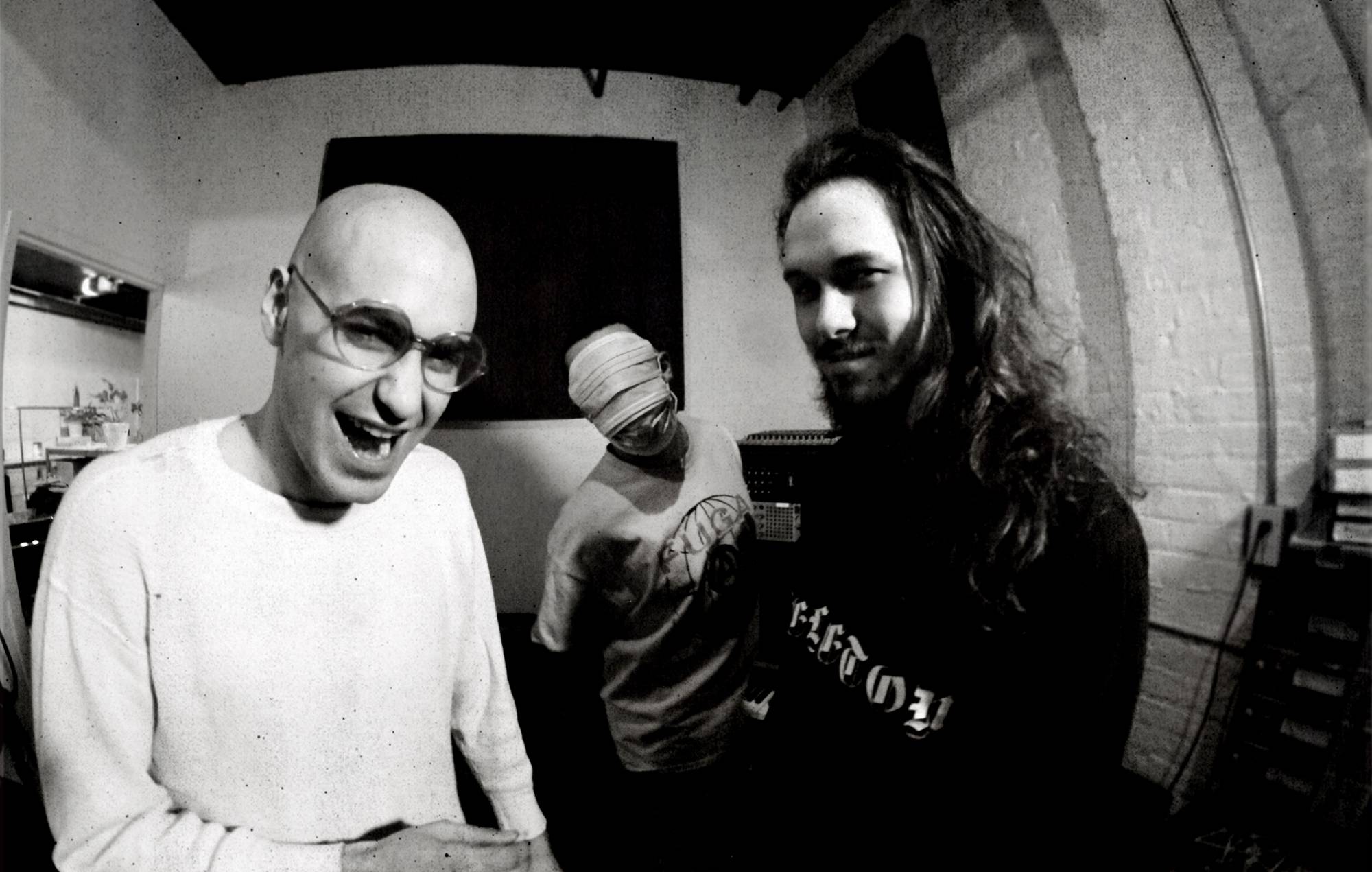 While 2019’s Dog Whistle took the band closer to capturing Show Me The Body’s live attack, Trouble The Water proves they are now a fully realised entity.

‘I think of the wolf and the carcass of the sheep‘ is one of the first lines of opening track and single “Loose Talk”, and it sets the tone of a vital, vicious, and vivacious album. As ferocious as the wolf, Show Me The Body fight for the less powerful with the rage of the oppressed past, present, and future. Modern day New York and its problems of gentrification, state violence, and growing gaps between classes are a microcosm of our world. Trouble The Water is the distilled feelings of growing unrest across the world from the US to Iran, from the UK to Palestine.

Conversations of genre have always surrounded the band, as they tread their own path with many influences from hardcore to hip-hop on their sleeves. They’re not a hip-hop group, though; they tweeted that this is the experience of black people in America. Whether this makes them a hardcore band or not, they have fully embraced the scene and community of the genre while retaining a fiercely devoted fan base. The ferocity they show throughout the album is on full show when the band at their best, on stage. At Outbreak Fest in Manchester, they were the only band where someone was knocked out while another two-stepped while munching prawn cocktail crisps. On their record release tour, there have been numerous videos featuring their live antics, as vocalist Julian Cashwan-Pratt is seen headbutting a mic stealer and pushing a stage selfie taker into the standing monitors. There is an energy and a passion that surrounds the band, whether it be live, on record, or in running their DIY space Corpus in New York.

Trouble The Water finds Show Me The Body taking their energy from the stage and into the studio, sacrificing no experimentation, anger, intelligence, or energy in the process. The sharpness of the banjo cuts throughout, sitting above pounding drums and one of the thickest bass tones ever heard in punk-adjacent music. While the heaviness rears its head, they have an incredible ability to cut from high speed to tense quiet on a dime. “War Not Beef” is an incredible example: the band goes from full swing to a dead stop without flinching, before a rollicking extended breakdown takes us to the end of the track. We’re instantly segued into the closest thing we have to a ballad, as a simple synth line underscores Cashwan-Pratt’s mumbled, spoken monologue before the synths build with his voice until we reach the halfway point of the album.

Side B is pure quality from the opening synth of “Boils Up” to the final shout of the title track. These 6 tracks show off everything the band does best, mixing noisy synths into a visceral punk attack as Cashwan-Pratt’s vitriol cuts through the distortion. This is the most accomplished he’s sounded, going from spoken word to bark to singalong leader in the same song. The drums go from breakdown to classic pub rock beat. Bassist and noise maker Harlan Steed switches between his instruments, maintaining a tension through the drive of the bass or the depth of the synth, even both on the same song as he controls the atmosphere on “Demeanor”. The tension and anger has boiled up throughout the album, crescendoing into instant punk classic and album highlight “Using It”. A noisy and cathartic two-minute assault, the track finds more trademark barking with buzzsaw banjo while the rhythm section drives the band through a wall of sound.

The final two tracks, single “WW4” and “Trouble The Water”, are an expected fitting end to an exciting ride of an album. “WW4” begins acoustic, with a typical tension as the banjo is almost used to its intended purpose, before ‘keep your mouth closed that’s none of your business‘ calls the band into action as the vocals turn into a snarl. “Trouble The Water” is a suitably energetic close to the album, hitting that perfect sweet spot of sealing the envelope while making you wish for more. A knuckle-dragging hardcore assault, the type of song they can swirl up a frenzy in a dingy basement venue somewhere.

Show Me The Body have brought their vision to life. Their exciting noise attack can turn water to blood live while showing a band in their creative element in the studio. They haven’t redefined punk or hardcore, but they have created an album for the home speakers and the pit all at once.